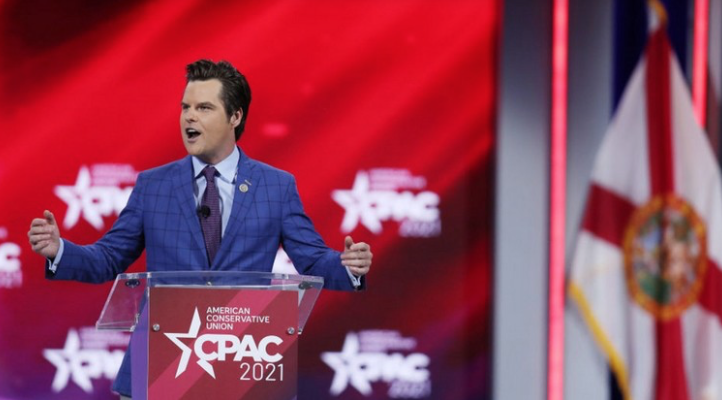 COMMENTARY - Trump just unleashed an unhinged, barely coherent rant about the possibility President Biden might reveal what was going on in the White House on January 6th,

the day Trump tried to finally end, once and for all, any possibility of governmental oversight of his ongoing criminal career.  He believed he could follow in the footsteps of grifters before him who've taken control of and then drained dry countries from Hungary to Russia, Brazil to Turkey and The Philippines.

Thus it surprises nobody to discover that when Donald Trump and the people around him learned, in mid-November of 2020, that there was absolutely no meaningful voter fraud in that month's election, they chose, instead of acknowledging the truth, to go ahead with a plan to raise over $200 million dollars (and counting).  That even today "President Trump" is sending out one or two fundraising emails a day, each one with the tiny "make this a recurring donation" box pre-checked.

Grifters occupy a unique niche in the world of criminals: they avoid direct violence, but live and act only to enrich themselves, whether it's with money, sex, power or all three. They're typically high-functioning sociopaths who sneer at the rules of civilized society the rest of us take seriously.

Republican appointees on the US Supreme Court cracked open the door for professional grifters in 1976 when, for the first time in American history, the Court redefined politicians taking money from billionaires away from being "political corruption" and "bribery"—what such behavior had been called since the beginning of the republic—to instead say it was a mere "exercise of free speech" on the part of the morbidly rich.

Two years after the Buckley decision, in 1978, Justice Lewis Powell (author of the infamous 1971 Powell Memo) pushed the door even farther open when he wrote for the Republican majority a decision granting giant corporations the same "free speech right" to own politicians in Boston v Bellotti.

And in 2010, with Citizens United, Republican appointees on the Court didn't just blow the doors open; they tore down the entire building of "good government" in America, reaffirming that any billionaire or corporation that wanted to own their very own pet politician—or, if rich enough, own an entire political party—was totally legal and not at all corrupt.

Which is why Richard Nixon, who resigned in 1974, was one of the last Republican politicians who actually believed that politics in America had something to do with governing the nation (even if he did it poorly).  Ever since then, the GOP has been composed almost exclusively of professional grifters (which is a somewhat different type of cat from an ordinary criminal like Nixon who just took bribes, blackmailed people and lied about it all).

Grifters occupy a unique niche in the world of criminals: they avoid direct violence, but live and act only to enrich themselves, whether it's with money, sex, power or all three. They're typically high-functioning sociopaths who sneer at the rules of civilized society the rest of us take seriously. They combine the not-uncommon skill set of being charming and great salesmen and storytellers, but have no conscience or respect for the truth.

Grifters believe they're the only "real" people in the world and all the rest of us are here for their entertainment, satisfaction or to pluck clean of whatever we have that they want. They view us as cardboard cutouts; their pains and loves and desires are real while ours are merely background noise.

And the entire Republican Party has become one giant in-crowd of professional grifters, most all of them getting rich, getting famous and/or getting laid in the process.

Ronald Reagan grew up during the Great Depression, became a Democrat who loved FDR, and once believed in government and that hard work and talent would get him ahead. Then Nancy Davis introduced him to her wealthy father, who let Ronnie in on the grift.  Shill for General Electric and the GOP and he could marry Nancy, get rich, and might even have a bright political future. He was the first professional grifter president of the modern era.

Newt Gingrich was primed for the grift, screaming about Bill Clinton having an affair with Monica while porking Calista down the hall and fending off calls from his then-second wife.  He got into the grift in a big way when he rolled out his "Contract With America" that was almost entirely tax cuts for giant corporations and the morbidly rich. Hell, he's still in on it; I'm getting an email almost every week from Trump with Gingrich's picture and signature asking for money.

Paul Ryan pimped tax cuts for the obscenely rich his entire career, knowing when he left office there's be massive paychecks waiting for him the rest of his life.

Dick Cheney knew there were no weapons of mass destruction in Iraq and that Saddam Hussein not only had nothing to do with 9/11 but actively hated and hunted down Bin Laden's Al Qaeda operatives so he could imprison or kill them.  But Cheney had run Halliburton into trouble, betting that if he picked up Dresser Industries on the cheap that the Clinton administration would cover their asbestos liability.  When he lost that bet and Halliburton was in trouble, a nice war with billions in no-bid contracts for the oil-company-turned-defense-contractor was just the grift he needed to both bail him out and make him fabulously rich.

Clarence Thomas and Antonin Scalia both knew that if any other federal judge were to go quail hunting with a defendant before the Court three weeks before trial or allow his spouse to take hundreds of thousands a year from a think tank with business before the Court, there would be hell to pay.  But they were in on the grift and simply exempted themselves from the Federal Code of Judicial Conduct.  Hell, they helped write the grift with Citizens United.

Since Citizens United the Republican grift has fully gone party-wide and even picked up a few Democrats along the way.

Some members of Congress get rich with money from Big Pharma, others choose to make their money with Big Oil or Big Coal, others are deeply in the pockets of airlines, telcom companies, the tobacco industry, banks, insurance companies or the food and hospitality monopolies.

Some Republicans even ran day-trading operations on insider information out of their offices until then-Democratic Congressman Brian Baird tipped off the world on my show and Air America's Majority Report 14 years ago.

They all believe, as Bob Dylan famously sang, "You've gotta serve somebody."  And the "somebody" they all choose to serve are always the ones who pay the most.

Which is why it only makes sense that the Republican Party would put up a lifelong grifter as their nominee for president in 2016.  And that he'd surround himself with grifters like Commerce Secretary Wilbur Ross, who Forbes magazine said would, by any measure, "rank among the biggest grifters in American history," having scammed business partners out of at least $120 million.

Everybody in the GOP is either stuffing their "Leadership PACs" with money they can dip into after they leave office, living high on the hog, using their position to become famous or get into the pants of underage girls, or preparing for their well-feathered-nest after leaving politics.

I've been running a contest on my radio show since it started in 2003 offering a prize to anybody who can identify even one single piece of legislation that was originally sponsored by a Republican, passed Congress with a Republican majority, and was signed into law by a Republican president that primarily helped average working people or poor people instead of the rich or giant corporations.

Nobody has ever won the prize, and I'm betting nobody ever will.

This is not to say the Democratic Party doesn't have its share of grifters (two publicity-hungry senators come to mind).  After all, when the Supreme Court legalized political grifting they didn't limit it to one party or the other.

But the single largest caucus in the Democratic Party is the Congressional Progressive Caucus (co-founded by Bernie Sanders) and its members generally refuse corporate PAC money and don't usually hang out with lobbyists.  Former co-chair of the Caucus, Representative Mark Pocan, has joked on my show that "they say there are three Big Pharma lobbyists for every member of Congress, but I have no idea who mine are."

While Democrats are trying to legislate around the corrupting landmines laid by conservatives on the Supreme Court, Republicans are expanding on Donald Trump's "voter fraud" and "antifa" grifts to raise money and consolidate their own power in the face of an American electorate that's starting to figure out their game.

Trump and a handful of his grifter buddies who were up for full-out treason thought they could pull off the ultimate grift and seize the trillions in assets of the entire country. They only failed, we're learning, by a whisker.

Next time we may not be so lucky. Congress must grift-proof our politics by getting billionaire and corporate money out of politics, as Democrats tried to do when the House of Representatives passed the For The People Act that arguably Democratic grifters Manchin and Sinema are blocking in the Senate.

Perhaps the 2022 election will bring Democrats a large enough progressive majority that they can work around their own grifters. Or maybe it'll signal the death knell of the republic.

To an extent largely unprecedented in American history, that decision will be in the hands of activists and voters like you and me. We have a big job ahead of us.

This article, which appears here with permission, was first published on The Hartmann Report.