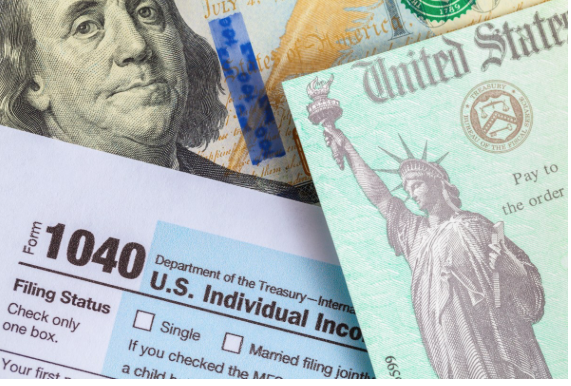 CALIFORNIA MATTERS - Congress is tied up in knots over the scope and financing of President Joe Biden’s $3.5 trillion basket of enhanced social, educational and medical benefits.

Although Democrats control — on paper — both houses, their majorities are paper-thin and their leaders are being buffeted by competing demands from the White House, their party’s left wing and moderates whose votes are needed for any final product.

As the nation’s most populous state, California obviously has a major stake in what the ultimate package will contain, if there is one. But the state has another, less obvious stake in how it’s financed because of something called SALT.

It stands for “state and local taxes” and four years ago, a Republican-controlled Congress and GOP President Donald Trump, as part of a major tax overhaul, imposed a $10,000 limit on how much SALT could be deducted on personal income tax forms.

In a tradeoff, the 2017 tax legislation doubled the standard deduction. The two actions had the effect of increasing federal taxes on high-income residents of high-tax states such as California while lowering the federal bite on low- and middle-income taxpayers. A 2018 state study found that it cost high-income Californians an extra $12 billion a year in federal taxes.

The Washington-based Tax Foundation, which analyzed federal income tax data from 2018 returns county-by-county, reported recently that the SALT limitation had its greatest impact on taxpayers in high-income counties in high-tax states such as California, New York, Maryland and Virginia.

In California, that meant San Francisco and other Bay Area communities such as Marin, San Mateo and Santa Clara counties. In Santa Clara, for instance, the average tax return with itemized deductions reported outlays of $46,817.53 in state and local taxes, but could deduct just $8,931.28 due to the SALT limit.

When the SALT limit was enacted, leaders of the most affected states howled, claiming that Republicans were punishing them because of their Democrat-leaning politics. New York Gov. Andrew Cuomo complained the loudest, worrying aloud that the SALT limit would encourage the rich to relocate to low-tax states such as Florida and Texas.

There’s no evidence, at least yet, of a massive out-migration of high-income Californians, although there have been specific moves, such as Tesla’s Elon Musk to Texas, which has no income tax.

Leader Charles Schumer of New York and House Speaker Nancy Pelosi of California have been trying ever since 2017 to undo the SALT limit, and California Gov. Gavin Newsom has publicly supported repeal. That’s why California has a big stake in how Biden’s “human infrastructure” package would be financed.

The White House wants an array of tax increases on corporations and high-income taxpayers and SALT ceiling foes see it has an opportunity to undo it.

But how? Politically, it’s a tricky issue for Democrats, who want to change the limit without appearing to provide a windfall to the wealthy.

Putnam Wealth Management has published a monologue on the potential ways the SALT limit could be modified or repealed, one of which would place an income limit on restoring deductibility so that those with the highest incomes would not benefit. Other alternatives include doubling or tripling the limit or changing the Alternative Minimum Tax.

The situation is another reminder that there is no right or wrong when it comes to tax policy at any level of government. What is taxed — whether income, sales or property — and at what level are purely arbitrary decisions that reflect the politics of the moment, not the higher moral

Dan Walters has been a journalist for nearly 60 years, spending all but a few of those years working for California newspapers. He has written more than 9,000 columns about California and its politics and his column has appeared in many other California newspapers. Walters has written about California and its politics for a number of other publications, including The Wall Street Journal and the Christian Science Monitor. In 1986, his book, “The New California: Facing the 21st Century,” was published in its first edition. He is also the founding editor of the “California Political Almanac,” the co-author of a book on lobbying entitled “The Third House: Lobbyists, Money and Power in Sacramento,” and contributed chapters to two other books, “Remaking California” and “The New Political Geography of California. He also has been a frequent guest on national television news shows, commenting on California politics, and is a writer for Cal Matters,. Dan@CalMatters.org.)