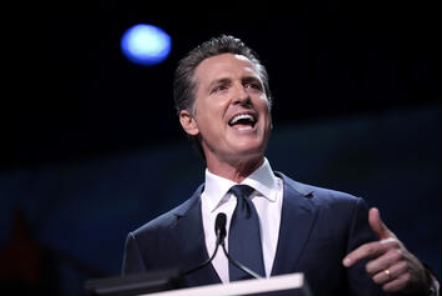 RECALL PERSPECTIVE - What started as a lark, then became an impossible dream—a conservative resurgence, starting in California—ended, like many past efforts, in electoral defeat.

With his overwhelming victory in the recall election, California governor Gavin Newsom and his backers have consolidated their hold on the state for the foreseeable future.

One can quibble about the political wisdom of the recall gambit, particularly given that Newsom was up for reelection next year. But the main reason for the stunning defeat lay with the state’s highly bifurcated political economy, which might sustain a progressive mega-majority in the Golden State, but also alienates some voters—and limits the national appeal of the progressive governance model that Newsom embodies.

The sinking of the state’s once-buoyant middle class undermines the base for a two-party politics in California. The kinds of taxpayers who called the state home during the 1980s and 1990s are leaving, and few families are moving in. Many of the leading companies that employed middle-class workers—McKesson, Hewlett Packard, the oil and aerospace industries—are fleeing at a quickening pace.

California today works primarily for two key Newsom constituencies: unionized public employees and pop culture, tech, and financial leaders. Money from these groups gave Newsom a massive advantage in advertising and organizing. Newsom’s coffers exceeded those of the nearly bankrupt recall campaign and all the prospective candidates combined by almost three to one. The combination of tech IPOs and federal money has also financed massive relief funds for a third Newsom constituency—California’s highest percentage-in-the-nation poor population—allowing the governor to act like a modern-day Boss Tweed.

This electoral triangle remains too entrenched to dislodge, at least for now. Massive spending secured the votes of disengaged voters, even as the San Francisco Chronicle warned about “an alarming enthusiasm gap” among Democrats. The effort to reach enough of these voters clearly worked.

The media played its assigned role. The overwhelmingly progressive press never much liked Newsom, but the threat of a potential Republican governor in the person of Larry Elder, the leader among the challengers, drove them to partisan distraction. Paul Krugman framed the recall as an assault on California’s “progressive success story.” The New York Times’s Ezra Klein referred to Newsom as a leader of “substance,” just months after he’d observed that the state has deteriorated so badly that it makes “liberals squirm.”

With the recall threat gone, Sacramento insiders expect more progressive moves—such as attempts to tax wealth, including unrealized gains, from the upper-middle class. More pressure will be brought to bear to restrict the use of contract workers, particularly with the recent court overturning of Proposition 22. The state will accelerate its program of ever-more stringent restrictions on water and energy use.

Read the rest of this piece at City Journal.

(Joel Kotkin is the author of The Coming of Neo-Feudalism: A Warning to the Global Middle Class. He is the Presidential Fellow in Urban Futures at Chapman University and Executive Director for Urban Reform Institute.) Learn more at joelkotkin.com and follow him on Twitter @joelkotkin.