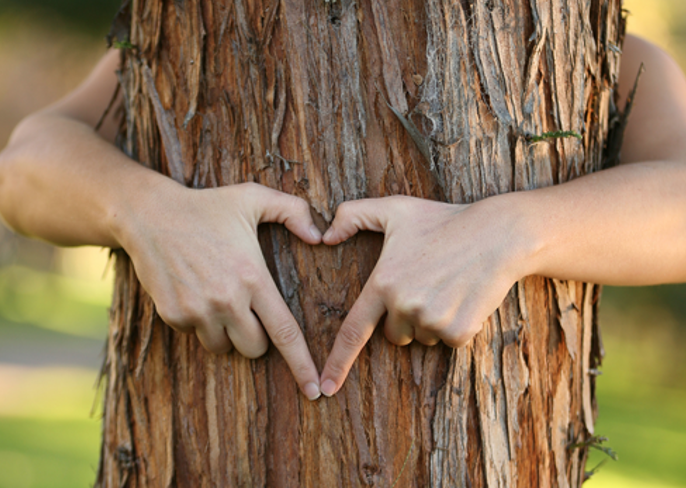 URBAN FOREST MANAGEMENT-We oppose your draft street tree list, that proposes the development of a standard for planting exotic street trees in our right-of-way’s, an approach that presupposes exotic trees are the right trees for this City and most native trees are not.

You make unsubstantiated assertions about the exotic trees being the right trees for this place but fail to acknowledge that exotic trees have significant environmental downsides.

First, and foremost, exotic trees are ecologically sterile, they do not provide food for our birds, butterflies, bees, and other wildlife. Although it would be far preferable to use locally native tree species because they are ecologically productive, foster the City’s biodiversity goals and sense of place, you only have 7 native tree species out of 80 trees on a list that also excludes some of the City’s most iconic and ecologically significant trees (for example, California sycamore and Southern California black walnut trees). Replacing natives with exotics has consequences for birds and diminishes the degree to which the urban environment is full of life and beauty. Exotics increase the urban food desert and extinction rates because their leaves and flowers are strange fruit to native insects and wildlife.

Second, the “right tree right place” goal that you used for your draft list is an outdated landscape mantra that lacks vision and assumes that there are no techniques that the City could implement to make room for our native trees. Modern cities make the place right for the tree, so they can plant just about whatever tree they want to maximize ecosystem services, such as the cooling that comes from the leafy umbrella of large trees, support for wildlife and biodiversity that comes with natives, and diversity. With increasing urban and suburban density, there is often less room for green spaces.

However, further integrating different types of high-performing green spaces, or infrastructure to make room for trees is now a priority.  Some techniques that work to make the place right for the tree are traffic islands, bump-outs, silva cells, C-U structural soil, parkways of continuous mulch, and curbside tree lawns.

Third, there are invasive trees (Bauhinia variegata, Bauhinia variegata, Cinnamomum camphora, and Melaleuca quinquenervia) on your list that reduce biodiversity by displacing native species and changing native community structures or ecological functions. These invasive trees should never have made it on your list to be planted in Los Angeles, but this letter is not meant to be a call to eliminate exotics from Los Angeles all-together.

Maintaining the tree cover we have with our mature shade trees, native or not, should be strongly encouraged as a means to mitigate the urban heat island effect. Likewise, some 10,000 towering non-native liquidambars planted in San Fernando neighborhood parkways by locally significant postwar architect Edward Fickett should be maintained or replaced with native liquidambars. Nevertheless, native trees are ecologically productive and can reduce or eliminate many of the adverse environmental impacts of mature tree removal and urbanization.

Los Angeles is not a lifeless and desolate landscape, but your list of 73 ecologically sterile trees suggests that you think it is. To the contrary, Los Angeles is a naturally remarkable living landscape. It’s old and rich. It’s living because no glaciers made their way into the terrain here and left the bedrock lifeless upon their retreat. That gave the plants and animals a long time to differentiate into an astonishing array of species.

The symphony of movement provided by earthquakes created hills, valleys, and creeks that enabled plants and animals to move around into newly created niches allowing more diversity than almost any other place on earth. These are the reasons places like Iowa have no species found only in Iowa and California has over 2,100 species found only here. This is the reason our region is considered a global hotspot of biodiversity, a place rich in species but also threatened by development. Scientists assure us that there is no other region of comparable size in the nation that has greater biodiversity than we have right here.

From bobcats to mule deer, from oak forests to mountain lions, from blue eyed grass to coyotes, from scrub-jays to walnut woodlands, our landscape is full of life. We need lots of native trees in our street tree palette because everybody deserves to experience a living landscape with birds in their neighborhood, not just affluent people in the hills.

We share our city streets with nature by supporting the native trees that support this remarkable native ecosystem; a support system not provided by the traditional exotic ornamental trees on your list that are sold in quantity at the big box stores and high-volume nurseries throughout the nation. We want to inspire people with streets full of our beautiful native trees that whisper into their ear the value native trees have in a functioning city.

(Diana Nicole is a certified plant, nut, and ecological landscaper. She is the advisor to the City of Los Angeles NCSA Trees Committee. She can be reached at diana@ittakesagarden.com.)