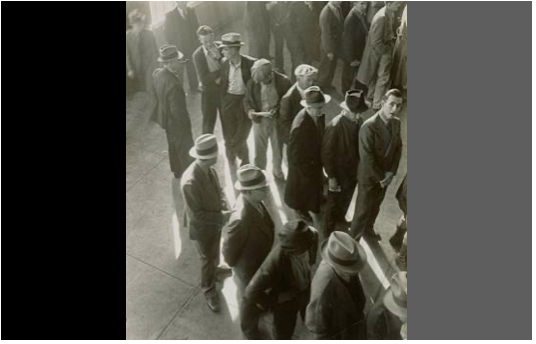 A LINE ON UNEMPLOYMENT - When the California economy re-opened in mid-June, the expectation was that that the enormous Unemployment Insurance (UI) rolls—over 3 million Californians receiving some form of UI—would start quickly going down.

Instead, the numbers did not significantly decrease in more than two months, and as of last week still totaled over 3 million.

This past weekend brought the end of federal benefits in the state, as in more than twenty other states. Roughly 2 million of the 3 million claimants in California will see their benefits end, and the remaining claimants on Regular UI will see the $300 per week federal supplement halted.

(Return to work has been slow so far, even in the states that ended the federal Unemployment Insurance (UI) benefits early. Prior employment research offers ideas on hastening work return.)

The end of federal benefits will increase the number of job seekers in the state. However, the experiences of the 25 states that previously ended the federal benefits indicate that the process of getting former UI recipients into jobs will not be that quick or easy. It is timely now to consider some of the policies that have hastened return to work in the past, and the insights of the UI experts at the Upjohn Institute for Employment Research, the leading research center over the past half century on UI.

Let’s start with a word on the current situation. Over the past few months, directors of California’s 45 Local Workforce Boards, the state’s public workforce system, have expressed surprise at the absence of job seekers. “We were expecting an increase in job seekers coming to our Job Centers starting in June, but have not seen it, even as the September 4 deadline neared” observes Blake Konczal, the longtime director of the Fresno Regional Workforce Board. He adds “At the same time, Fresno area employers, especially small businesses, have come to us saying they can’t find enough workers.”

Now that unemployment benefits have ended, Fresno and the other Local Boards will start seeing more candidates. This has occurred in the states that ended unemployment benefits, as a report last week in the Wall Street Journal found. Employers who operate in multiple states told the Journal of the increase in job applicants following the end of federal benefits. Sizzling Platter, a company operating Little Caesars, Dunkin’ Donuts and Red Robin, described an increase in job applicants of 20% in three states which they operate in and which ended the federal benefits.

However, even with the increase in job seekers, the job placement process likely will take time. Several studies have been undertaken, comparing the job gains in states that eliminated benefits with those that did not. A number of the studies, by Goldman Sachs and by the University of Wisconsin found significant job gains with the ending of benefits. Other studies by the Federal Reserve Bank of San Francisco and by Indeed.com found more modest differences. A widely cited study led by University of Massachusetts economist Arindrajit Dube found only a modest difference in employment between states ending benefits and those not ending benefits: 26% of workers receiving unemployment benefits in April were employed by July in states that ended benefits compared to 22% in states not ending benefits. Currently, all of the data are preliminary, and we’ll know much more on this issue after the next three months.

This week I contacted Christopher O’Leary, senior economist at the Upjohn Institute and longtime researcher and expert on UI. How did he view return to work? What, if any, policies might hasten work return?

O’Leary started by noting the several factors limiting return to work in this recovery beyond UI benefits: ongoing health concerns, ongoing difficulty in obtaining and paying for quality child care, and reconsideration of previous occupations and tasks. Additionally, even with the high number of job openings, the job search process will take time for most workers. The matching of jobs and job seekers by skills, aptitudes and geography is not an immediate process , and the high cost of housing in areas with high labor demand has been an impediment.

One of the return to work policies that O’Leary has studied most closely is the use of financial incentives for claimants to move off UI, particularly the Reemployment Bonus field experiments. The first of these experiments was conducted in Illinois in 1984-85, followed by ones in New Jersey, 1986-87, and the states of Pennsylvania and Washington, 1988. The experiments tested several different forms of bonuses, in large randomized controlled trials run as field experiments to measure impacts.

The Illinois experiment offered a bonus of $500 (representing roughly 3 weeks of UI benefits) for returning to full time employment within 11 weeks after filing for benefits and remaining employed for 4 months. The Pennsylvania and Washington bonuses tested different levels of bonus amounts (in Washington, bonus amounts at 2, 4, and 6 times the claimant’s weekly benefit amount) and different percentages of benefit durations. The New Jersey experiment offered job search assistance, job training, and a bonus amount that declined by 10 percent for each added week of job search.

In a 1993 journal article, O’Leary and Upjohn colleagues Robert Spiegelman and Kenneth Kline summarized the findings of the four pilots. The results differed among pilots, though all showed a positive cost-benefit analysis. The Illinois pilot, the first, showed positive gains, even with at the $500 amount. The Washington pilot subgroup with 6 times the weekly benefit amount showed significant gains in employment and reduction in UI payments.

Despite the positive impacts, the reemployment bonus was not continued in these states or widely picked up by other states. Over the next few decades, unemployment rolls generally remained low—other than during the Great Recession. But the idea of financial incentives for return to work has resurfaced in the past six months, with states utilizing various bonus payments, ranging from $500-$2000 for UI claimants returning to work. Arizona’s bonus is among the most generous with a $2000 payment after 320 hours of work.

These bonus payments were implemented as temporary fixes, but O’Leary believes it is worth experimenting with additional reemployment bonuses if the unemployment rolls remain high. Money that states have received from the CARES Act and the American Rescue Plan is eligible for use as incentive payments for return to work. A bonus need not be a lump sum payment, but could be paid in two or more installments, first at time of placement and then after a period of retention. For greatest cost effectiveness, it would be targeted to those on UI most likely to exhaust benefits.

Beyond the reemployment bonus O’Leary also singles out strengthening the job search assistance provided by the Employment Service under the Wagner-Peyser Act. O’Leary notes that the field experiments indicate that when job search is undertaken effectively (providing job leads and employer contacts as well as job search skills) expanding Job Service staff can be a cost-effective use of public fund. In contrast, research evidence suggests that employer hiring incentives have been one of the least effective return to work strategies, mainly due to the low employer take-up.

Following the Great Recession, O’Leary urged the rebuilding of the UI system in its role as a re-employment system, not only a benefits system. O’Leary wrote:

“The federal-state UI program is now gradually rebuilding system reserves after the Great Recession. Many states were left with billions in debt from paying regular benefits, even though the federal government fully paid for benefit extensions at unprecedented levels. Some states are retreating from accepted standards of UI adequacy with the expectation that the federal government will once again intervene when a new unemployment crisis emerges. However, after welfare reform, all social policy is now employment policy. Making and maintaining connections to the workforce is the only path to self-sufficiency.”

This is as still true today, as we rebuild the UI system post pandemic. In recent years, the thrust of policy discussion in California, as elsewhere, has been on universal basic income or income maintenance schemes, that de-couple income from employment. Remaking the UI system into more of a re-employment system is one step to countering this movement.