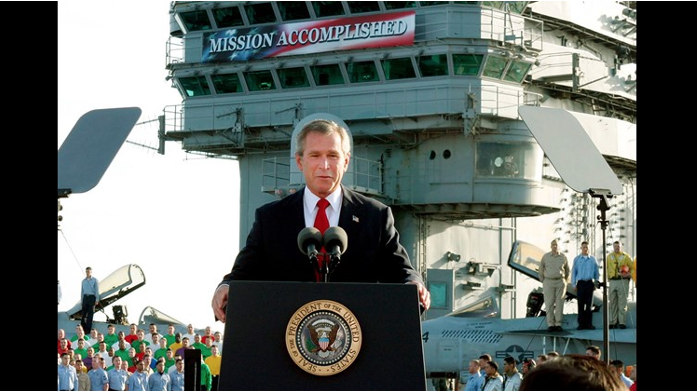 PLANNING WATCH-Was the Afghanistan mission really accomplished? The war that George Bush began 20 years ago ended on August 31 with a total U.S. withdrawal and Taliban victory.

The price of this predictable folly is $2.26 trillion dollars, plus additional costs for interest payments and long-term VA care for this war’s 800,000 vets. Once these costs are added in, the eventual price of the Afghan War will be over $3 trillion.

What could have been done with this money? Here are a few examples:

Despite these staggering numbers, no one will be held responsible for this fiasco or asked to return the $2 trillion forked over to warlords and military contractors.

Is there a lesson in this debacle? There are many, but I think the most important one is, “Don’t do stupid stuff.” This was Obama’s 2014 advice to others, but apparently not to himself when he ordered an Afghanistan military surge.

What is the stupid stuff of today that we should have the good sense to resist? At the top of my list are neo-liberal (trickle down economics) proposals to solve the affordable housing crisis by privatizing public housing and deregulating zoning and environmental laws. In Sacramento this stupid stuff includes recently passed Senate Bills 9 and 10, both waiting for the Governor’s signature or veto. In Los Angeles up-zoning real estate giveaways are being folded into the 2021-2029 Housing Element and 17 Community Plan Updates. Since these plans are policy documents, they will also include attached ordinances that increase the residential density, size, and height of private parcels. Happy days are here again for real estate speculators.

The reason the new California laws and forthcoming Los Angeles plans and ordinances qualify as stupid stuff is that they will make the housing crisis worse, not better. You don’t need a state-of-the-art crystal ball to see what will unfold because the following trends are already underway:

Why? Because up-zoning would result in up-scale housing in mostly affluent neighborhoods already experiencing a building boom, such as DTLA, Koreatown, Miracle Mile, Culver City, Valley Village, and Warner Center. Like existing under-utilized zoning on LA’s long commercial/transit corridors, most of the residential zoning capacity increased by the new laws will remain unused. At present, Los Angeles already has four up-zoning programs that ought to increase the supply of low-cost housing, but don’t: SB 1818, TOC Guidelines, ADU ordinances, and discretionary actions (90 percent of which get approved). While they have increased permitted residential densities by 25 percent, they have not solved the housing crisis or even increased the supply of low-priced housing. Oblivious to the cover stories for these up-zoning give-away programs, the price of housing continues to rise, along with homeless encampments and real estate industry profits.

Why? Because in Los Angeles, lots already zoned for duplexes are not producing more housing. Developers are not building duplexes and then adding ADUs to them. Instead, they are building super-sized McMansions because they are more profitable than new, smaller apartments on the same duplex-zoned lots

Why? Because 27,000 units of lower-priced, rent-stabilized apartments have been demolished in LA since 2000 via the Ellis Act. Furthermore, no one precisely knows how many more apartments have been removed by off-the-books cash-for-key payoffs to evict tenants, but a decent back-of-the-envelope guess is another 27,000 units. Since up-zoning increases these two eviction and demolition processes, the loss of lower-priced housing will intensify to prepare cleared in-fill building sites for new, expensive, highly profitable apartment buildings.

Why? Every time an existing tenant leaves a rent-stabilized apartment, the rent reverts to a market rate through vacancy decontrol. If the rent-stabilized apartment is demolished, the replacement units will also be market-rate units. Furthermore, when expensive apartments are added to an older neighborhood, they lift the rents in nearby apartments. Existing landlords closely observe how much tenants pay for new apartments, and they then raise the rents of older apartments, taking advantage of loopholes in LA’s Rent Stabilization Ordinance.

When these predictable results of up-zoning failures become undeniable, we will see many proponents, especially the fauxgressives, quietly exit, like those responsible for the Afghanistan War recently did. These up-zoners, too, won’t be held accountable for their “mistakes,” and only a few, like former Los Angeles Councilmembers Jose Huizar and Mitchell Englander, will go to jail when they are caught with their hands in the cookie jar. The real estate speculators, journalists, academics, and astro-turf organizations who cheered on the disastrous up-zoning laws will still get high-paying consulting jobs, investment tips, and access to inner sanctums.

As for the homeless, rent-burdened, and over-crowded, they will be expected to pay off the rent collectors and mortgage payment extractors, at least until this country implodes from imperial overreach and internal decay.

(Dick Platkin is a former Los Angeles city planner who reports on local planning issues for CityWatch. He is a board member of United Neighborhoods for Los Angeles (UN4LA) and co-chairs the Greater Fairfax Residents Association. Previous Planning Watch columns are available at the CityWatchLA archives. Please send questions and corrections to rhplatkin@gmail.com.) Prepped for CityWatch by Linda Abrams.