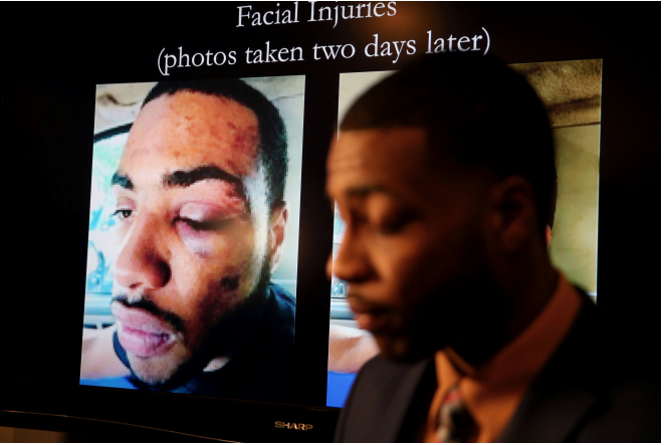 Like many cities around the country, Pasadena is filled with tension over police-community relations.

Two weeks ago, Police Chief John Perez announced that two police officers who brutally beat a young Black man in 2017 – an incident that was videotaped and seen widely in the community – would not be fired. Last week the Pasadena City Council failed to appoint two long-time community activists to the newly-created Community Police Oversight Commission, despite their unanimous recommendation by the Council’s own Public Safety Committee.

The moves by Chief Perez and the City Council have infuriated local residents as well as the Pasadena chapter of the NAACP and Pasadenans Organizing for Progress (POP), a community organizing group.

These controversies are occurring at a time of increased awareness of police abuses toward the Black community as a result of the conviction last week of former Minneapolis police officer Derek Chauvin, who is going to prison for the murder of George Floyd.  But the jury is still out when it comes to America’s ability to deal with systemic racism, particularly in our criminal justice system.

We should not infer from the verdict in the Chauvin trial that "the system worked." There are many, many other innocent, unarmed Black citizens who are racially profiled, stopped and frisked, abused, and killed by police every day.  During the three week Chauvin trial, at least 64 other people were killed at the hands of law enforcement, according to a New York Times analysis – an average of three a day.

Cops who kill Black people are rarely brought to trial, much less convicted, but fortunately Minnesota’s recently-elected Attorney General, Keith Ellison, has long been an activist for racial justice and put the full weight of his office behind the prosecution. But Chauvin would likely have gone free had not Darnella Frazier, a 17-year old young Black woman, had the courage and presence of mind to film the arrest and murder of Floyd as officer Chauvin put his knee on the man’s neck for over nine minutes while three fellow officers aided and abetted him. The videotaped murder triggered mass protests around the country, including in Pasadena, where over 3,000 people attended a rally in front of City Hall last summer.

Pasadena has a long and troubled history of racial segregation and tension between the police and the Black community.  That history is recounted in a fascinating and upsetting new documentary film, “Thorns on the Rose: Black Abuse, Corruption & the Pasadena Police” by Dennis Haywood and James Farr.  Kendrec McDade, Michael Zinzun, Michael Bryant, Leroy Barnes, J.R. Thomas, Paris Holloway, Rashad McCoy, Anthony McClain, and Christopher Ballew are among the many victims of beatings, shootings and tasings by the Pasadena Police Department (PPD) over the past few decades. It should come as no surprise that these are Black men.

The most recent outrage in Pasadena occurred on April 4, when Police Chief Perez announced that two officers, Larry Esparza and Zachary Lujan, who brutally beat Christopher Ballew in 2017, would not be fired.  The attack was captured on videotape by a bystander as well as the officers’ car and body cameras. Journalist James Farr produced an earlier documentary based on those videotaped that clearly documents the two officers’  unprovoked and violent assault on the unarmed Ballew as he exited his car at an Altadena gas station and started walking toward the convenience store.

The officers allegedly confronted Ballew because his car had no front license plate, but they quickly escalated the encounter by handcuffing him, beating him with a metal baton, and punching him in the head. At one point Esparza put his hand on his holstered gun, which could have led to Ballew’s death – even though he had done nothing wrong and was not putting up any resistance.  Ballew, who suffered a broken leg and injuries to his head,  feared for his life.  He was arrested for assault on a police officer, but was not formally charged due to “a lack of evidence.” That’s because the only evidence of wrongdoing was by officers Esparza and Lujan.  “I was beaten as if I was a runaway slave,” Ballew later said.

To many Pasadenans, the Ballew incident illustrates the PPD’s persistent practice of disrespecting, harassing, and abusing Black residents. It took almost four years for the PPD to finalize its administrative review of the incident, allowing community anger and frustration to fester, knowing that these two uniformed sadists remained on the force. Chief Perez’s decision to let officers Esparza and Lujan keep their jobs rubbed salt in the wounds of injustice.

Chief Perez acknowledged that the two officers engaged in some practices that violated department policy, but said that the internal administrative review concluded that neither Lujan nor Esparza had violated policy in a manner that would result in termination -– a conclusion that many policing experts who have seen the videotaped evidence consider absurd.  Perez said that he could not discuss the specifics because disciplinary actions cannot be made public.

As one community activist told me last week,  “If what they did to Chris Ballew didn’t violate department policy, then it is time to change the policy. And if they did violate policy – which any who saw the video knows is what really happened -- why are they still wearing the badge?”

That’s what Pasadena activists have been asking for a long time.  The upsurge of protest around the country since the Floyd murder – led by Black Lives Matter but also involving many white, Asian, and Latinx Americans – may have been a turning point. Since then, public opinion has shifted, according to national polls. Most Americans now believe that local law enforcement agencies have a double standard in how they deal with people of color compared with whites.  The crescendo of activism in Pasadena pushed a very reluctant City Council last October to adopt an ordinance creating an 11-member Community Police Oversight Commission to be a watchdog on the PPD.

But now the selection of members for the Commission has triggered another controversy – one that reveals that some City officials are still reluctant to challenge the PPD’s racism and misconduct and the political clout of the police union.

Under the guidelines established by that ordinance adopted in October, Mayor Victor Gordo and each City Council member get to appoint representatives on the  commission, and the whole Council selects three additional members nominated by community based organizations

But at its April 19 meeting, the Council changed the rules at the last minute.

As a member of the Public Safety Committee, Hampton had voted to recommend Serrano and Annang to the Commission. But at last week’s full Council meeting, he changed his tune. He suggested that the Council reject the Public Safety Committee recommendation, and require all five candidates to appear before the entire Council this Monday (April 26).   Council members Gene Masuda, Felicia Williams and Andy Wilson quickly agreed with Hampton, while Council Members Kennedy, Madison and Jess Rivas said they were prepared to appoint the recommended candidates. Monday’s Council meeting will be broadcast on Zoom starting at 4 pm.

Close observers of City Hall dynamics believe that the maneuver was intended to stop Serrano and Annang from being selected because they are board members of Pasadenans Organizing for Progress (POP), a community organizing group that has been involved in calls for police reform over the years. Some suspect that Gordo, who has been a close ally of the Pasadena Police Officers Association, the police union that isn’t pleased with the idea of a civilian oversight group in the first place, played a behind-the-scenes role in orchestrating the ploy.

Whomever gets picked to serve on the Community Police Oversight Commission will have their work cut out for them.  Like Americans across the country, many Pasadenans believe that the time is now ripe for a reckoning over the role of the police in the community. Although some activists use the phrase “defund the police,” most don’t really believe that we should abolish local law enforcement agencies. They want, instead, to change the policies and practices of policing and the culture of police departments so they literally “protect and service” rather than operate like what some consider an occupying army, particularly in communities of color.

Like Chauvin, officers Lujan and Esparza aren’t simply "bad apples." The problem is systemic. That means that even well-intentioned, hardworking and open-minded officers get caught up in a police culture that is skewed by race. Improving police-community relations will require fixing the system.

In Pasadena and elsewhere, reformers have identified a number of key changes they believe are needed and long overdue.

Here are some of the ideas that activists and experts believe can make progress toward that goal – ideas that the new Community Police Oversight Commission might want to review and recommend.

(Peter Dreier, a longtime Pasadena resident, is the founding chair of the Urban & Environmental Policy Department at Occidental College.)