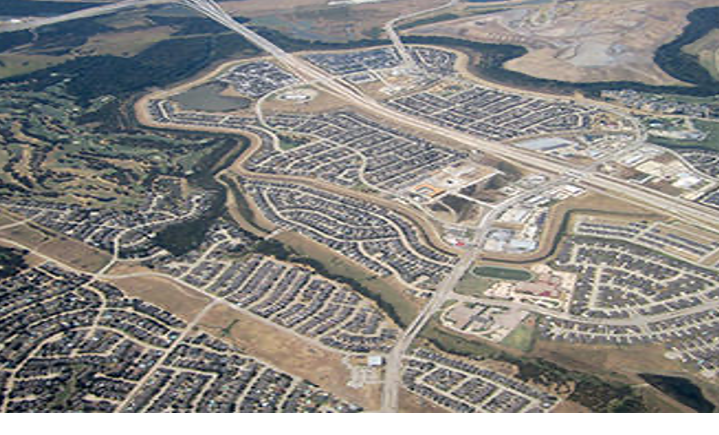 then it should no more be the vehicle for profiteering than other basic utilities of human existence such as the supply of water, education or life-saving medicine.

If housing is a human right, then profiteering off housing is not only bad policy, it’s also immoral.

Among numerous groups in California and elsewhere, there is much talk about a “housing crisis.” Yet this talk is misleading, and if self-styled “housing advocates” want to invoke any crisis, they should more properly be discussing an “affordable housing crisis.”

As State Senator Nancy Skinner has pointed out, there are currently more than 1.2 million vacant units in California. According to the quasi-governmental housing giant Freddie Mac, the housing deficit in California amounts to some 830k units. This figure comes from just before the pandemic struck, in Feb. 2020, and before the exodus of firms and residents from the state appears to have accelerated.

The solutions proposed by many of these “housing advocates,” WIMBYs (Wall Street In My Back-Yard) by any other name, generally involve massive upzoning, forced densification, the elimination of single-family neighborhoods, and a lot more market-rate housing. Using an oversimplified appeal to the “law” of supply-and-demand, these density fetishists essentially advocate for allowing “the magic of the Market” to “solve” the affordable housing crisis.

There is just one problem with the WIMBY prescription: it’s wrong.

The notion that Market-led forced densification (or any kind of densification for that matter) will lead to any meaningful kind of housing affordability is both misleading and unproven, though it may lead to maximizing developer profits through luxury condos – which in most cases seems to be exactly the point.

Manhattan, by far the most dense locality in the US (though the entire New York urban area itself is only the fourth most dense urban area in the country), is hardly known as a bastion of housing affordability.

In short, advocates of statutory upzoning can’t point to any substantial empirical evidence that the developer giveaways and corporate welfare they are promoting will actually lead to housing affordability.

In contrast, Vancouver presents a compelling case of a major city that upzoned aggressively. They eliminated single-family zoning, allowing by right four units where a detached house had previously stood. Today Vancouver is the densest city in Canada and one of the densest in North America. Vancouver’s urban density has even given rise to the term “Vancouverism” to designate “tall slim towers for density, widely separated by low-rise buildings.”

It didn’t work. Housing has not become more affordable in Vancouver. With a median multiple -- the price of housing compared to incomes -- of 12, the Canadian city has the highest housing prices in the English-speaking world, according to the 2020 Demographia report.

Former supply-side Vancouverist professor Patrick Condon, who himself had in earlier years supported many of Vancouver’s policies of statutory upzoning has revised his views in the face of what he calls “indisputable” evidence. Condon speaks openly about the prevailing urbanist “addiction” to the notion that if we just “unleashed” the free market, we would somehow create housing affordability. The evidence is in and is hardly surprising to those who never have bought the Urban Growth Machine’s spiel: lot splits essentially double the price of the land.

Building more Porsches doesn’t reduce the price of Priuses. What WIMBY policies do achieve is rather the further commodification of housing and the fueling of real estate speculation. Byproducts of these policies are: gentrification, displacement, decreasing homeownership and the further denial of the opportunity to build intergenerational wealth and stability for historically disenfranchised families-- not the creation of affordable housing.

It’s time to implement a bold, well-examined combination of anti-speculation policies which could, in fact, serve to de-commodify housing.

Such policies should be oriented to urban humanism with the aim of creating housing affordability and offering people a wider variety of housing choices.

Homes for homeowners should also be real estate for real people.

Programs should be set up and funded which empower and enable people to become homeowners, particularly first-time homeowners. Programs should be broadly designed and should include aid to help deal with many of the various aspects of homeownership. A recent bipartisan (sic) proposal in the Senate, which would provide tax credits to revitalize distressed homes and neighborhoods, may be a step in the right direction.

Any tax credit program needs to be designed with the express understanding that the “objectives of private enterprise” almost never include equity, inclusion or community; their objectives always involve the maximization of profits. Policies need to create more homes for homeowners, but they also need to ensure that there are broad housing/lifestyle choices for community members.

Ultimately, we need to ask ourselves the following question: do we want to be a society of renters and ultra-wealthy landlords, corporate or otherwise? If housing is a human right, shouldn’t the focus be on ensuring homes are owned by humans?

People in California are voting with their feet and cars. The exodus of corporations and people is not necessarily a bad thing from a human goods perspective. In some ways, it represents a course-correction from the impacts of having overconcentrated opportunity in a few “winner” megacities, to the detriment of other areas.

Instead of doubling down on policies which both ignore and deny real people’s choices of housing and lifestyle, Sacramento should be placing a greater focus on choice, affordability and sustainability, while strengthening communities, employing the kinds of anti-speculation policies outlined above. Of course, strong pro-housing policy could include a number of other measures: expanded subsidies for affordable housing; expanding broadband access throughout the state to increase opportunities in less expensive areas; meaningful rent stabilization policies; and using public banks to work in tandem with housing trusts and land banks to create community-based affordable housing.

These are approaches that can help address the underlying social and moral ills of racism and income inequality, two of the major root causes of housing and spatial inequality. In contrast, policies advocated by WIMBY-supply siders would make things worse by attacking local democracy and fueling ever more speculation.

Instead of scapegoating cities in an attempt to justify state preemption, Sacramento should acknowledge that homes with gardens are not inherently “immoral,” “racist,” or “evil.” Living in a single-family neighborhood is a lifestyle choice, one of many that people make and one of many we should allow Americans of all stripes, colors and dancing skills to make.

If housing is a human right, then let us do what is right for human beings rather than for corporations and speculators.

(John Mirisch is a Beverly Hills City Council member. He has also served as Mayor of the City of Beverly Hills on more than one occasion. He is an occasional CityWatch contributor. This piece appeared earlier in New Geography.) Photo credit: La Citta Vita on Flickr under CC 2.0 License.