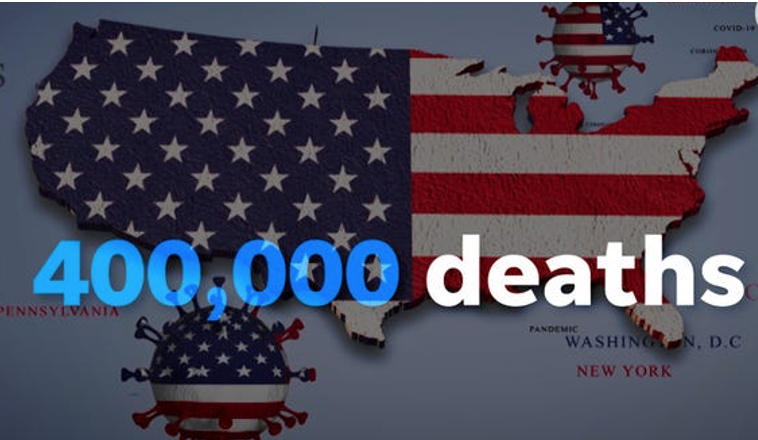 EASTSIDER-Scratch the politics. Let’s talk about real life and death.

This LA Times headline says it all: “1 in 3 L.A. County residents have been infected by coronavirus since pandemic began, new estimate shows.”

“One in three Los Angeles County residents have been infected with the coronavirus since the beginning of the pandemic, according to new estimates by county scientists, an astonishing sign of how rapidly the virus is spreading in the hard-hit region.

The estimate, based on scientific modeling, means officials believe more than 3 million of L.A. County’s 10 million residents have been infected with the coronavirus, including nearly 13,000 who have died.”

By and large, I don’t get too worked up over whomever the President is. The only reason I have a serious personal beef against Donald Trump is that we will be living for years with the fallout of the COVID-19 virus and his gobsmacking incompetence which is killing many of us and destroying the very society we live in.

In general, I stay away from Donald Trump stories because everyone else already has a strong opinion and is endlessly sharing it. I also have friends in Kern, Riverside, and San Bernardino counties who are ardent Trump supporters, and I respect their right to say and believe as they choose.

In fact, we often share some basic attitudes toward politicians. Such as the belief that both political parties are in fact owned by the 1/2 of 1% of the richest Americans, and the game is essentially of these real owners slicing the cheese so they can make more and more lucre.

Also, we tend to share a belief that after politicians have managed to get elected, they will mostly have a lifetime gig, as long as they all bend a knee to the money that bought them the office, and don’t alienate their real owners.

From that standpoint, Trump is just another ownership model, with the same money backing a “rebel” for their own gain. Buy an ambassadorship, some government contracts, a Trump Seal of Approval, and watch The Greatest Show on Earth!

During his Presidency, the really, really rich FIRE owners largely went with cutting out the middlemen and simply bought the President, who could largely bypass Congress and do a direct sale -- of contracts, or of government itself. Huzzah!

For those unfamiliar with the term, FIRE refers to a sector of the economy composed of finance, insurance, and real estate -- hence the acronym, "FIRE."

So anyhow, back to the by-products of Trump’s ignoring the virus. On the one hand, Donald Trump and his brand will fade as the levers of power are taken away. However, by deciding that he didn’t want to deal with COVID-19 at all, he made a fatal decision that is literally making millions of Americans sick, and working on half a million dead.

I’ll be charitable and say that he might not have understood that saving us from the virus was indeed a Federal mandate, since there was nothing in it for him but pain. Or he did know and just wanted to let the country rot. Either way, it amounts to mass murder and a wrecked economy for years to come.

Most of the media talks about President Trump being supported largely by “working class” Americans, whatever that means. At the same time, we know for a fact that the same billionaires who own the DNC also own the RNC.

The LA Times recently demonstrated that over 63 billionaires supported Trump:

“If there’s a single all-encompassing truism about American politics, it’s that investing in the right candidate can pay a handsome dividend.

That’s certainly validated by the experience of the scores of American billionaires who helped bankroll Donald Trump’s last presidential campaign.

Many own fortunes based on the real estate, private equity, or oil and gas industries, all of which did exceptionally well as a result of Trump’s tax cuts and deregulatory policies.”

And of course, the Democratic Party is no better. As the blog Wall Street on Parade recently stated:

“Five-count felon JPMorgan Chase is shocked – shocked! – that corporate financing of “the people’s House” has led to corruption and instability in Washington. The Board of Directors of JPMorgan Chase obviously did not see money as a corrupting influence because it has boosted the pay of its Chairman and CEO, Jamie Dimon, to $31.5 million annually despite the fact that Dimon sat at the helm of this bank through its unprecedented five felony counts in a span of six years. The bank admitted to all five counts and got deferred prosecution agreements every single time from the U.S. Department of Justice.”

Face it. With the ½ of 1% own both political parties, our reality is that the traditional working class in America is going the way of the Dodo bird.

“Alongside rising inequality, the data also showed high levels of poverty among Californians. An earlier analysis of census data from CBPC in September — based on the so-called supplemental poverty measure, which takes into account the cost of housing and other expenses — found that roughly 7.1 million people each year could not afford basic expenses between 2016 and 2018.”

Just contemplate the ultimate insult to “workers” a the high-tech rip off called “Independent Contractors.” Remember the millions of dollars Uber & Lyft and Instacart and GrubHub spent in California to overturn Proposition 22 (the one making gig workers actual employees entitled to benefits)? And they won, of course.

As noted by the blog Naked Capitalism:

“The increasingly ambiguous question of what constitutes “employment” is critically important. Employment is the basis for many of our fundamental workplace protections, including assurances of pay for work done, provision of a safe workplace, and protections against discrimination and sexual harassment. Further, benefits provisions and basic safety-net policies like unemployment insurance and workers compensation are also linked to employment. Finally, wage and salary setting itself are powerfully affected by employment responsibilities.”

There are really two takeaways from Donald Trump’s Presidency. First, and the one that will go down in the history books, is his deliberate and continuing denial of the Federal government’s constitutional role of assuming the primary responsibility for fighting the COVID-19 virus. Just like other countries.

Think of millions of infected Americans, a wrecked economy, bankrupting the State governments, tearing the private health system apart, and so on. No matter what your political party, it’s a fact, Jack.

The second takeaway is more of a warning to both political parties. A combination of the one half of one percent buying both the DNC as well as the RNC, and the long-term effect of money backed appointments to the U.S. Supreme Court, have resulted in the mostly successful systematic destruction of labor unions in our country.

You know, the ones that created all the labor laws and constitutional rights of folks to ban together and fight the huge corporations and Wall Street -- to have right to come together and challenge how companies treat their employees. Seems to me to be more of a bipartisan reality these days, no matter what political parties claim.

Accelerated by Donald Trump’s actions, even as he laid claim to a large percentage of the “working class” that used to be the strength of the Democratic party. An increasingly disenfranchised and growing part of our country.

(Tony Butka is an Eastside community activist, who has served on a neighborhood council, has a background in government and is a contributor to CityWatch.) Photo: Edited for CityWatch by Linda Abrams.