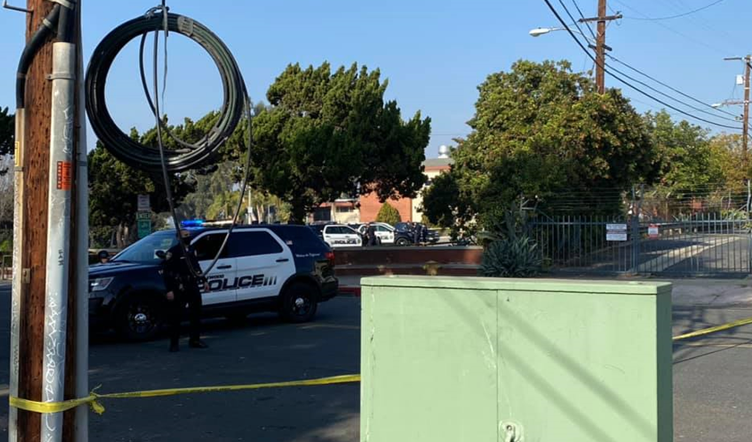 SOUTH OF THE 10-Inglewood Mayor James T. Butts Jr. has systematically removed the public’s right to air grievances on the city’s safety issues by disbanding the police oversight commission.

Related:  A mother was fatally shot 13 times in Inglewood. But the police watchdog group has barely even met

The commission voted to change the name of the oversight commission to the Citizen Public Safety Commission which isn’t listed on the city’s website either.

The city’s first murder of 2021 occurred at Darby Park on January 5 before noon. 20-year-old Andrew Summerfield had just completed a workout at the gym located inside of Darby Park when he was shot multiple times. (See photo above: Arbor Vitae entrance to Darby Park the day of Andrew's murder.)

Darby Park has been the site of many shootings and murders and the city has refused to install cameras to thwart crime. The police commission chair was Lee Denmon whose son was also a victim of gun violence.

Darby Park is the site of walking clubs, free workouts, youth basketball and the MLB Dodgers dreamfield. The NFL stadium is in the parks backyard and homes continue to sell in excess of $800,000 while families are unable to enjoy their local parks. Our parks have also become de facto encampments for the homeless due largely in part to sporadic closures of City Hall.

It is unclear why Mayor Butts continues to ignore the increase in gang violence, while telling the public the city is “safe.”

(2 Urban Girls is an occasional contributor to CityWatch. Follow this series, ‘Eye on Mayor Butts’, at 2urbangirls.com.) Photo: 2UrbanGirls. Prepped for CityWatch by Linda Abrams.