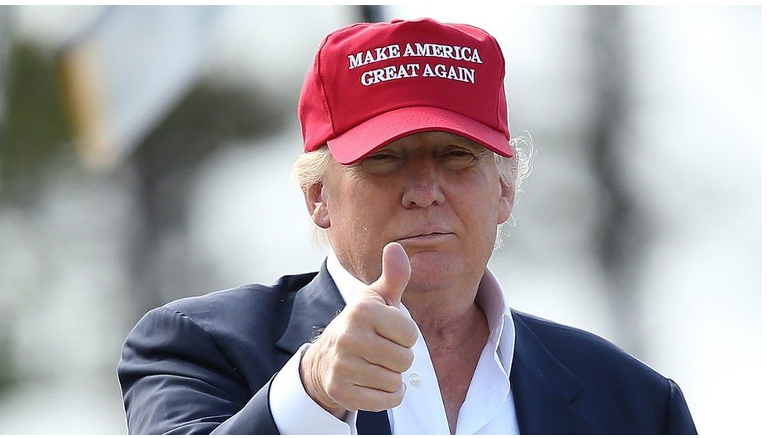 DEPLORABLES AND IMPEACHMENT-Anyone who thinks that the populist working class movement that Donald Trump nurtured is going to go away if he is impeached and found guilty does not understand the half of America who voted for him.

We see the raw naked power that is being deployed to crush and purge President Trump from history.   We know that the Democrats may be coming for him but both parties are coming for us because we had the audacity to vote for him, twice.

I grew up in a working-class family in a working-class neighborhood. We are people who were abandoned by both parties long ago, but we have always remained steadfast. We are loyal to a fault especially to family and friends. The only way to lose our loyalty is to not keep your word. Donald J. Trump kept his word to us, and we take his being banned from Twitter and Facebook along with this impeachment personally.

We do not believe his speech incited violence because we listened to it. We also know (because it was reported by the New York Times) that before the President finished his speech Capital police were already being attacked at the Capital 40 minutes away. The Capital Hill police chief requested the National Guard at 1:09 PM, 2 minutes before the President finished his speech. By that time protesters had been at the Capital for 29 minutes.

Many believe these were “accelerationists” people from all sides that believe what is wrong with America can only be solved through violent civil war. I do not believe that and those I know on the left do not believe that either. To be clear anyone who participated in the riot at the Capital must be held accountable, but the President did not cause people to riot.

We also believe like half of Americans that Joe Biden did not win the 2020 election. I realize I could be labeled a domestic terrorist for even saying that, but I have never held back from speaking out when I thought something was wrong. Very few Americans got the election we hoped for. There were 3 populist candidates running for the Presidency in 2020, Bernie Sanders, Elizabeth Warren, and Donald Trump. I have no idea how President Trump would have faired up against either Bernie Sanders or Elizabeth Warren, but it would have been an election for the soul of the Country and we did not get that.

My friends on the left will need to sort out what happened on their end and we may have more in common that most people think. Many in the America First movement see the real problem facing us being the overwhelming influence of China while the rest see the Tech Oligarchs and Globalist Business Community as the problem. These are the same Tech Oligarchs and Globalists that are pushing Sacramento to destroy our neighborhoods with their one size fits all zoning and so many other policies that put profits over people.

The America First/MAGA movement is being severely tested right now. The cancel culture is being unleashed on us and credit card companies, airlines, Twitter, Facebook, and countless businesses are taking aim at us. Here’s the thing, we are not going anywhere, we are not going to forget, and we will never abandon Donald Trump. It doesn’t matter what you do to him or to us, we will never turn our back on him.  What the business community forgets however is the purchasing power of the deplorables and we are beginning to think about how to use that power.  We choose where to spend our money.

We will also never forget those in the Republican party who vote to impeach President Trump. Loyalty is important to us. So, nothing that happens in Washington DC in terms of impeachment will deter the America First movement. Donald Trump gave the movement many things but maybe the most important was that he showed the Republican party that it could fight for what it believed in and stand up to be counted.

If Donald Trump does not run for President in 2024 another patriot will pick up the standard and lead us into the breach. We are no longer the party of Bush, McCain or Romney, we are a working-class party, and we have a deep bench. We are also no longer the party that supports business profits at any cost.

We no longer support businesses that crush competition to make an extra buck, especially businesses like Amazon, Google, Twitter, Facebook, Walmart etc. It may take the establishment wing of the party until the next election to figure this out, but they will figure it out.

I would just like to finish with this one thought. The America First movement is the Canary in the coal mine. If we can be ridiculed and canceled what do you think will happen when they come for you? You have to ask yourself if you are so special that the Globalist Elite and Administrative State will leave you alone when you disagree with them? If you are the last group standing you will be given the choice to submit or be crushed. I hope you have the courage to push back. I know many of you and believe you will. I’ll see you on the other side.

(Jim O’Sullivan is a long-time community activist and former President of the Miracle Mile Residents Association. The views expressed here are those of Mr. O’Sullivan and do not necessarily reflect the views of CityWatch or CityWatch contributors.)