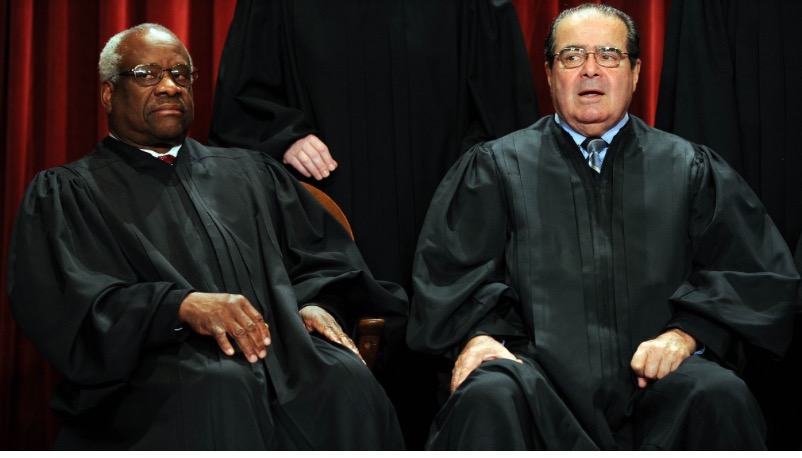 GUEST COMMENTARY - Republicans in the Senate yesterday killed legislation passed through the House that would require “dark money” to be publicly disclosed: not a single Republican voted for it, although every Democrat in attendance did.

Ralph Reed’s Faith & Freedom Coalition, we learned Wednesday, is going to spend $42 million on the midterm elections, focusing on flipping evangelical Hispanics toward the GOP.

Leonard Leo, head of The Federalist Society so famous for providing Trump and McConnell with rightwing judges to pack federal courts and the Supreme Court, recently received a $1.6 billion contribution, tax-free.

So much money is sloshing around in our political system — both what we know of and the billions in truly dark money that we know nothing about — that honest politicians are buried and actual criminals are stepping up.

Donald Trump‘s phone call to Georgia’s Secretary of State Brad Raffensperger was probably the clearest illustration of this recent incarnation of his lifelong criminality. Although it’s rapidly being eclipsed by his theft and probable sale to foreign dictators of classified documents.

Over the last 40 years, career criminals like Trump have increasingly moved out of the business world and the streets and into politics, something for which we can thank the Supreme Court.

There are, among us, a small number of individuals who are career criminals. They have literally spent their entire lives skirting or outright breaking the law, and not only believe the law doesn’t apply to them, but actually delight in getting away with their crimes.

Because all of us have, at one time or another in our lives, broken a law or told lies; we tend to assume that these career criminals are just like us but only got caught in that one unlucky moment, like that time you drove home after a second glass of wine, or made up an excuse to tell your boss.

But they’re not like you and me. There’s something fundamentally different about these people. And the failure to recognize that goes to the core of the crisis within the Republican Party and our overall political system today.

Back when I was in my late teens, I got a job as a manager of a GNC store in a mall in Okemos, Michigan. There was a test that I had to give to all job applicants to determine their “honesty.”

The test asked really weird questions, along the lines of:

“One of your very best employees just came to you to return some money to the till, money that she had borrowed from the till because a few months back she needed it to help pay for an emergency medical procedure for her child. She has saved up to pay the money back, and is now trying to do so. What do you do?”

Or: “Your mother just called and told to you that she’s been shoplifting at the local store when her food stamps run out and your younger sister is really hungry. What do you do?”

The test, from a national testing chain, went on with 20 or 30 similar questions. In almost every case, the only correct answer to the multiple choice test was, “call the police and send them to jail.”

I protested to my district manager, saying that I would’ve flunked the test, or would’ve had to lie to pass it. There’s no way I turn in my mother or call the police on somebody with a sick child.

My manager pointed out to me that the only way to pass the honesty test is to lie on it, and it was actually designed that way. They expect people to say that they will call the police even for the tiniest of crimes. I protested that I thought that was crazy, that we were requiring people to lie to pass an honesty test, and that made no sense at all to me.

What he explained was that there’s no test in the world that can tell if a person really and truly will or will not call the police on anyone. But the test does tell whether a person understands the difference between right and wrong.

“I know it’s hard for you to realize or believe,” he said as I recall, “but there are some people who literally don’t know what is right and what is wrong. And the people who don’t have that basic understanding, or do know but don’t think the rules apply to them, are the ones most likely to steal from us or let their friends come shoplifting.

“The test expects people to lie by representing themselves as being honest, because to lie on the test they would first have to know the difference between right and wrong, so they could lie and say that they would always do the right thing.”

One of the big challenges the American media and our political system have with Donald Trump and a number of his enablers is that, like the people I was testing to filter out from our potential pool of employees, they are actually career criminals with no deep understanding of, or respect for, right and wrong.

They may know the words and concepts, but truly believe they don’t apply to them.

Donald Trump has been scamming, grifting and stealing his entire life, going all the way back to stealing his father’s money from his parents and his siblings. He is a career criminal.

Many of the people he surrounded himself with are, similarly, career criminals even though they appear to have had high profile, high powered positions in government or industry.

Even Forbes magazine called Trump’s commerce secretary, billionaire Wilbur Ross, a professional “grifter” for all the scams he has perpetrated in his career, and now we learn that Clarence Thomas’ wife was allegedly in on trying to overthrow our democracy.

While fundamentally dishonest people has been a problem for our society and business community for centuries, it has particularly become a problem in our political world since 1976 and 1978.

That was when the Supreme Court explicitly ruled that billionaires or corporations giving massive amounts of money to politicians and political parties is no longer considered bribery or corruption but, instead, is “free speech“ protected by the First Amendment.

Never before in all of American history had bribing politicians been considered free-speech, until the Buckley v Valejo and First National Bank v Belotti Supreme Court decisions as I laid out in The Hidden History of the Supreme Court and the Betrayal of America.

In 2010, conservatives of the Court doubled down on these decisions and even expanded their scope with Citizens United.

The result after these SCOTUS decisions was an ocean of corporate and billionaire money flowing into politics, sweeping Ronald Reagan into the White House on a tsunami of cash from the fossil fuel industry.

In the 40+ years since then, billionaire and corporate bribery of politicians has become the norm, and even institutionalized with national and state-based “policy networks,” PACs and SuperPACs, and dark money groups like the ones affiliated with Mitch McConnell that just poured tens of millions into this year’s elections.

All this money now sloshing around in our political system has produced the result the dissenting Supreme Court justices worried about.

It’s become a giant magnet that draws career criminals and authoritarians into politics, and then helps them become fabulously wealthy as they do the bidding of the corporations and wealthy people who fund their elections and careers.

It’s normalized the “revolving door” where people go into government positions, particularly in regulatory agencies, and make decisions that benefit giant corporations while drawing a modest government paycheck, only then to leave government and pick up multi-million dollar a year jobs in the industries they were regulating.

Trump is a career criminal, and he has surrounded himself with career criminals. Just look at their mob-like meeting just a week or so ago on one of his golf courses: it was right out of The Sopranos.

But he and many of his criminal Republican allies could never have gained power if the Supreme Court, back in the 1970s, hadn’t struck down the “good government” laws that came out of the Nixon bribery scandals and other laws to keep money out of politics, like the Tillman Act that dates back to 1907.

Because of these Supreme Court decisions equating money with free speech, our political system is now overrun with grifters, con artists and career criminals.

Even worse, this dark money spree Republicans are enjoying courtesy of rightwing billionaires and giant corporations is also empowering the recurrent criminal underbelly of the political world itself: authoritarians.

Authoritarians like Mussolini, Hitler, Pinochet, and Trump each came to power through manipulating the political system in ways that, if not overtly in violation of criminal statutes, were certainly so dangerous to democracy that they’re rightly described as “crimes against the nation.”

Job one of the new Congress must be to overturn these corrupt Supreme Court decisions and get big money — and the criminals it draws and empowers — out of American politics.