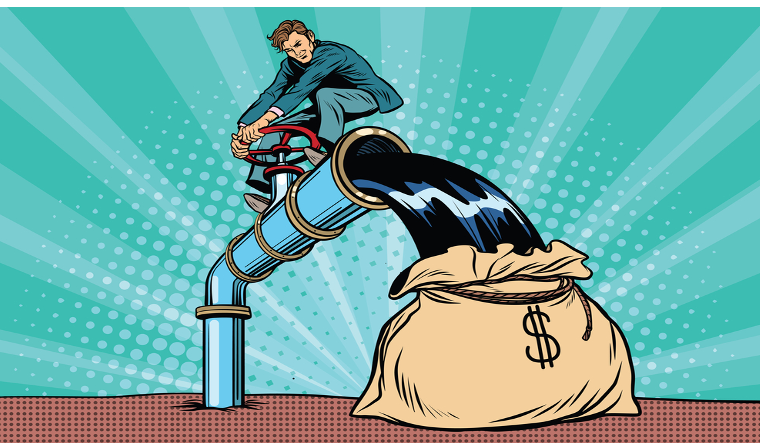 COUP POLITICS--The year 2020 will be remembered in history for a deadly pandemic and a deep economic crisis that touched almost every country on earth. Hopes for a brighter 2021 were one of the few things most people could agree on.

But just six days into the new year, these hopes were rudely shattered by images of far-right white supremacists, incited by an aspiring autocrat refusing to admit his electoral defeat, storming the Capitol in an attempt to overthrow the election.

This fascist putsch was implicitly supported by some elected leaders, including GOP members of Congress who continued to promote the thoroughly debunked falsehood that the 2020 elections were “stolen.” Worse still, there are early indications that some elected officials may have aided the violent mob more directly as well.

But this attempted coup wouldn’t have progressed to this point without large amounts of funding, too. And playing a disproportionately large role among business backers of fascism are fossil fuel companies and their owners and top executives.

My Institute for Policy Studies colleagues Chuck Collins and Omar Ocampo recently documented the top billionaire donors to the Trump campaign. In first place is Kelcy Warren, co-founder and board chair (and until last October, CEO) of Energy Transfer — the company behind the controversial Dakota Access Pipeline.

Trump’s wealthy backers over the years have also included the notorious (and now deceased) coal billionaire Robert Murray, who effectively bribed Trump and his former Energy Secretary Rick Perry to implement a policy agenda that would benefit Murray.

This isn’t a case of a few isolated billionaires backing one extremist politician. It’s a case of an entire industry filling the campaign coffers of politicians who’ve waged war on our democracy. In the 2020 election cycle alone, the oil and gas industries gave some $9.3 million to lawmakers who refused to certify the 2020 election results.

DonorsTrust, a donor-advised fund that allows wealthy people to make anonymous contributions, has made large donations to multiple hate groups, totaling $5 million in 2019. The Koch Charitable Foundation is a contributor to DonorsTrust and has other organizational ties with them as well.

Unsurprisingly, Donors Trust also donated $5 million in 2019 to climate denial and misinformation groups, such as the Heartland Institute and the Competitive Enterprise Institute. Climate denial and far-right extremism are two heads of the same monster.

The Koch network, American Petroleum Institute, Chevron, and other fossil fuel organizations all made public statements condemning the violence at the Capitol and supporting certification of the 2020 elections. These were fine as far as they went, but they sound rather like Dr. Frankenstein condemning the monster of his own creation.

Slaying this monster once and for all has to start with ending the culture of legalized bribery and corruption, in which wealthy individuals and corporations can fund far-right extremism inside and outside government, often anonymously.

And just to make sure the monster doesn’t rise again we need to break the political clout of the fossil fuel industry once and for all.

(Basav Sen directs the Climate Policy Program at the Institute for Policy Studies. This piece appeared on OtherWords.org.) Prepped for CityWatch by Linda Abrams.