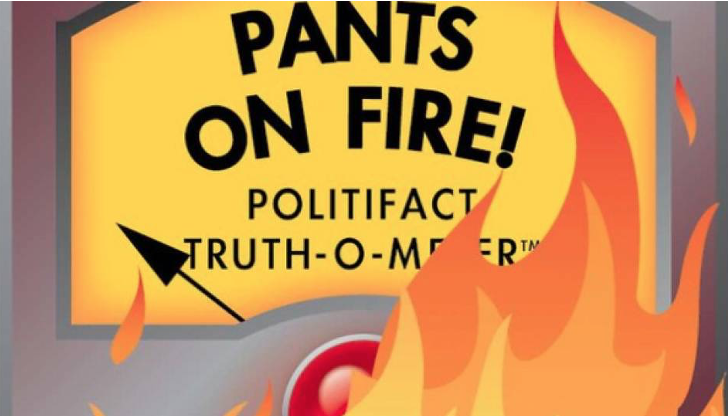 PERSPECTIVE--Firing by the defeated President of the federal cybersecurity director who stated the Nov. 3 election was “the most secure in American history” points to a pair of hard truths about this Presidency.

Retaliation against public servants who dare to do their job with integrity has been a defining trait of Donald Trump’s tenure in the only public office he has ever held. Even more so is the relentless peddling of disinformation by him and his losing campaign.

Two independent studies released in October, by Harvard’s Berkman Klein Center and Cornell University, tracked the traffic of incorrect and inflammatory statements about voting by mail and COVID in fact-based news outlets and on Facebook and Twitter. They found the single most prolific engine of false content on both subjects is the President himself.

If Trump is the main driver in truth decay, then a discredited team of videographers called Project Veritas provides some of the acid that he and others have pumped out while rotting public trust in voting and government.

Headed by a fabricator of deep-fake content, James O’Keefe, the organization has a track record of targeting Democrats and even some Republicans, such as Congressman Jim Sensenbrenner, who don’t fall in lockstep with their ideology or the path to enacting it.

What is telling about the 2020 campaign is how spectacularly the would-be stings by this crew of manipulators burned not the intended victims, but the perpetrators. They sought to stage stings and promote disinformation in key swing states. But thanks in large part to fact-checking by local news outlets and better training of local nonprofit leaders, alert to entrapment and digital security practices, the stings not only failed, but backfired.

Before the election, O’Keefe’s crew sought to infiltrate community-based organizations in Wisconsin and then deceptively edit statements by their staff and volunteers to unleash a campaign of humiliation based on contrived transgressions. That scheme blew up in September when nonprofit advocates blew the whistle on O’Keefe and enlisted the help of the state attorney general to investigate the misrepresentation and fraud by his foot soldiers.

After the election, the Veritas video crew targeted a handful of states with margins of 3 percent or less in the Presidential contest with an apparent aim of finding or flipping enough votes to shift the states to Trump.

In Michigan, a doctored video about a Traverse City postal worker allegedly spotted back-dating a mailed ballot proved to be a false claim of fraud.

In Pennsylvania, careful analysis of a similar claim about a postal worker in Erie unraveled amid evidence of Veritas’ direct involvement in the plan. The reward offered by the videographers to would-be tipsters only added to the incentive to fib. This dud could bring a new round of criminal vulnerability for O’Keefe personally.

The flood of falsehoods about voting leading up to the 2020 election required systematic preparation in government, including reminding voters about the value, safety and validity of absentee ballots. Less well known is the training that occurred among nonprofits to guide staff and volunteers to withstand stings, threats to digital security and entrapment and how to alert authorities to voter suppression.

The defeat of Donald Trump rejects a public servant who used the levers of government to confuse and divide Americans from neighbors and our own family members. Driving those rifts, as independent researchers have documented, was a dangerous blitz of falsehoods and conspiracy theories. Trump’s upcoming ouster from government may deprive a network of disinformation purveyors who use unscrupulous, sometimes illegal tactics of their foremost customer and promoter. Whether this racket of criminal and gray-area operatives persists, adapts or withers under growing legal and journalistic scrutiny will shape the next phase of Americans’ struggle against disinformation. It will also guide the strategies by civic leaders to overcome it.

(Hans Johnson is a longtime columnist on civil rights and state and local governance. He has trained and advised frontline advocates for LGBTQ equality and voting rights in every state and U.S. territory, including Michigan, Wisconsin and Pennsylvania.)