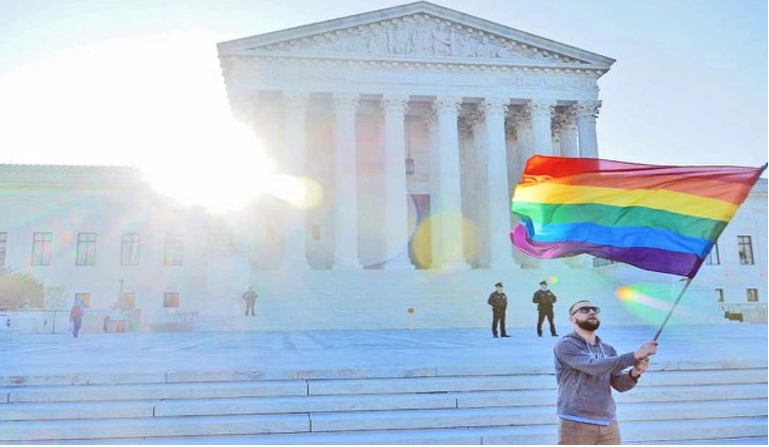 The newly conservative court waited until far-right Justice Amy Coney Barrett was confirmed before considering a case involving whether same-sex couples have the same right to presumed parenthood that opposite-sex couples do..

Barrett’s first major case after being confirmed involved LGBTQ rights and Justices Clarence Thomas and Samuel Alito have recently decried the Court’s decision to legalize same-sex marriage, saying it should be overturned.

Slate documents the strange twists and turns the case, originally filed in 2017, has taken to get before the Court. Similar cases have been shot down by lower courts and the Supreme Court itself previously.

The case involves eight married lesbian couples who had children with the help of artificial insemination. In each couple, both mothers should be listed on their child’s birth certificate, but Indiana is refusing to do so.

A mother’s husband is listed on the child’s birth certificate because he are presumed to be the child’s father – even if the opposite-sex couple used a sperm donor – but Indiana is arguing that a woman married to the mother doesn’t have a biological connection to the child and therefore should not be presumed to be a parent.

One of the couples has a dual connection to their child. One woman carried the pregnancy using an egg donated by her wife. All of the couples used sperm donors.

The case gives the Supreme Court a chance to start chipping away at marriage equality in the United States as it has similarly done with abortion rights. Marriage, for opposite-sex couples, comes with presumed fatherhood, but now the Court could say that that benefit only applies to straight couples.