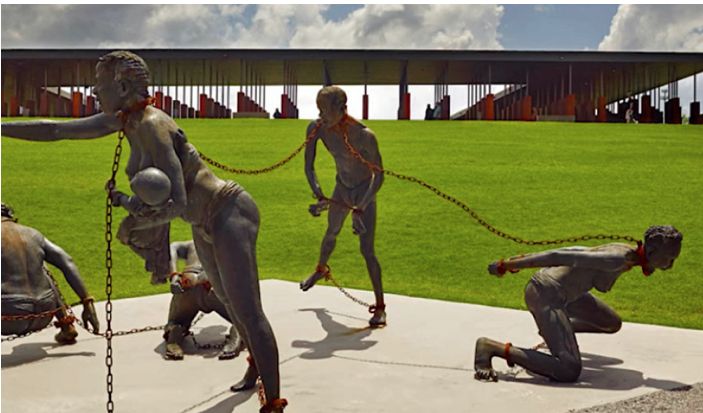 However, the specter of the stalled federal Emmett Till Anti-Lynching Act should remind us of the continuing struggle by Black Americans to obtain not only freedom, but also security.

After the Civil War, Black Americans enjoyed a precarious freedom in which extralegal violence was a common problem. For the newly freed, exercising their liberty could bring violent rebuke.

Juneteenth should not only be a commemoration of emancipation, but also a reminder of the work ahead in making the promise of freedom and equality that so many Black Americans fought and died for a reality.

Such was the case in July 1867 when Union War veteran William Obie Evans was lynched in Delaware. Enslaved near Fredericksburg, Maryland, Evans initially asserted his freedom under the Emancipation Proclamation. Like nearly 180,000 other Black Americans, he later enlisted in the Union Army. He served in the U.S. Colored Troops and on July 30, 1864, was wounded during the Battle of the Crater outside of Petersburg, Virginia.

After mustering out of the service in 1865, Evans faced the same challenge as other Black Union veterans. They awaited payment on enlistment bounties without an immediate means of making a living. Evans travelled to Delaware, where he bartered with a local farmer by putting up his bounty papers in exchange for a cash loan that he would presumably pay off with his labor.

When he later learned that the bounties were being paid, Evans asked the farmer to release him from his bond so that he could claim his bounty and repay the loan. The farmer, however, was more interested in retaining Evans’s labor and refused. A few days later, a mysterious fire destroyed one of the farmer’s barns and outhouses. Although no evidence connected Evans to the fire, suspicion immediately fell on him.

A few nights later, a party of masked men arrived on the farm to mete out their own form of justice. The next day, Evans’s body was discovered dangling from the limbs of a willow tree a short distance from the farmer’s home. Despite his service to the Union Army, Evans was buried in a common grave. A Black woman with whom Evans was familiar was ultimately tried and acquitted for the arson.

Evans’s murder predates the thousands of lynchings that occurred in the United States between 1882 and 1968 that normally occupy our attention. In a recent study, Equal Justice Initiative founder Bryan Stevenson documented more than 2,000 lynchings between 1865 and 1877, underscoring the longer history of such extralegal violence and its impact on Black communities.

Stevenson’s work demonstrates the importance of examining the long history of racial violence in America. The pain that comes from learning about unpunished and forgotten acts of terror like lynchings can be as impactful as witnessing acts of violence against Black and brown bodies in our own time.

It passed the House of Representatives in February after more than 100 years of efforts by a vote of 410 to 4, only to be obstructed in the U.S. Senate by a single lawmaker, Kentucky Republican Senator Rand Paul. This work of historical recovery can support activists’ efforts. In addition to honoring celebrations such as Juneteenth and pushing for police abolition, we must draw on history to push for the Emmett Till Anti-Lynching Act and demonstrate the necessity for such legislation in its strongest form.

The proposed bill, which would establish lynching as a federal crime, is now stalled in Congress. It passed the House of Representatives in February after more than 100 years of efforts by a vote of 410 to 4, only to be obstructed in the U.S. Senate by a single lawmaker, Kentucky Republican Senator Rand Paul.

Finding constructive ways to reckon with painful chapters in our history is also a powerful tool for addressing the underlying trauma that informs so many of our discussions of race, violence, and criminal justice in America. It can unite communities in the search for truth and invite conversations about changing values that should inform memorials that decorate the public spaces we share. In either case, historical recovery is a critical step.

Without the knowledge of what came before, it is difficult to assess and address what must be done now to reform and/or eradicate those barriers to equal justice that have allowed stories like William Obie Evans’s to be lost. This is exactly why stories, like that of Evans, must be recovered and shared.

Evans’s lynching is not currently recognized as an act of racial violence in Delaware. This means the state also does not formally acknowledge the murder of a veteran as a wrongdoing.

Let that sink in.

Juneteenth should not only be a commemoration of emancipation, but also a reminder of the work ahead in making the promise of freedom and equality that so many Black Americans fought and died for a reality -- which includes the passage of legislation like the proposed anti-lynching bill.

(Yohuru Williams is an education activist and professor of history at Fairfield University in Fairfield, Connecticut. He is the author, editor, or co-editor of several books, including Black Politics/White Power: Civil Rights Black Power and Black Panthers in New Haven (Blackwell, 2006), Teaching Beyond the Textbook: Six Investigative Strategies (Corwin Press, 2008), and Liberated Territory: Toward a Local History of the Black Panther Party (Duke, 2008). He also served as general editor for the Association for the Study of African American Life and History’s 2002 and 2003 Black History Month publications, The Color Line Revisited (Tapestry Press, 2002) and The Souls of Black Folks: Centennial Reflections (Africa World Press, 2003).

Savannah Shepherd is the founder of the Delaware Social Justice Remembrance Coalition which works to discover and memorialize victims of racial violence in the state. She's a graduate of Sanford School and will attend Swarthmore College in fall 2020.) This piece appeared in Common Dreams. Photo: Photo: Ron Cogswell/flickr/cc. Prepped for CityWatch by Linda Abrams.