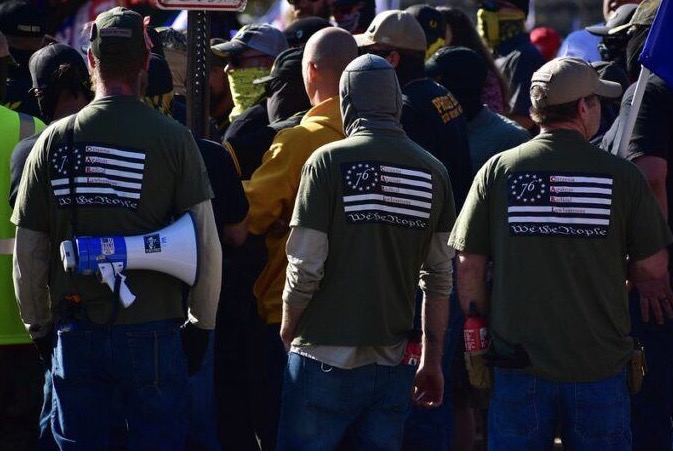 GUEST COMMENTARY - The far-right love it, liberals dread it. Since the 2021 Capitol Attack a second American civil war has entered mainstream discussion. The far-right embraces it, an apocalypse that will birth a White ethno-state. Scared, liberals demand electoral and judicial reforms, or harken to the good ol’ days of Obama and Clinton, where neoliberal consensus kept politics civil.

Socialists and Marxists dismiss the possibility of civil war. “They got you fighting a culture war to stop you fighting a class war” is a popular saying. Presumably, the culture wars are superficial, with no economic basis. What is forgotten is that class conflict is not only between classes, but within classes. In America, conflict is emerging between urban and rural capitalists, with the culture wars acting as a proxy to recruit the working-class. While it is in capitalists’ collective interest to fight the working class, it is in each capitalist’s individual interest to fight each other until monopoly is established. Usually this is done through the market. But when expansion in the market reaches its limit, war becomes another means towards capital accumulation.

During the Scramble for Africa, Europe enjoyed relative peace while pillaging Africa. War was unnecessary as long as there was more African land to conquer. But when no land was left, European imperialist had no one other than each other to fight. Thus, came World War I. Of course, capitalists did not fight each other directly. Nationalism helped recruit working-class people into the war—a war they had no economic interest in fighting.

Likewise, during the Cold War a collective effort was needed to stop the Soviet Union. When it collapsed, capitalists turned against each other and used the culture wars to recruit the working-class to fight. As long as elections were contested, fighting occurred at the ballot box. But as politics has become zero-sum and democracy is undermined, civil war becomes more likely.

As civil war becomes more probable, defeatists and reformists will emerge. The former will say war is inevitable, embracing the death drive in a call to arms. The latter will demand electoral and judicial reform without economic change. Class analysis will expose this folly. War is not inevitable, but rather a choice of the ruling class, who benefits while sacrificing workers. Reform can buy time, but cannot stop class dynamics that lead to war. Rather, it is class consciousness—the realization that workers have a collective interest—which will make it impossible for the rich to recruit the poor in war.

Back to the USSR

Political polarization is everywhere, from football to abortion. What is unclear is why this is happening. Everything from gerrymandering to Fox News is blamed. Few consider the Soviet Union.

When a group faces an existential threat, consensus is needed. Facing both an ideological and nuclear threat, America’s ruling class worked together against the Soviet Union. Severe partisanship would undermine this unity. Consequently, many issues that now divide the parties did not exist. When Roe v. Wade was decided in 1973, Republicans and Democrats shared similar views on abortion. When the Soviet Union collapsed, the threat to American capitalism was gone. No longer looking outward, they turned inwards and fought each other.

This is best illustrated in public opinion graphs. Republicans and Democrats share similar beliefs, which diverge after the Soviet Union collapsed in 1991. Below are three examples: confidence in newspapers, marijuana legalization and abortion. A straight red line marks 1991.

(Aidan Simardone is a writer for CounterPunch.org where this story was first published.)