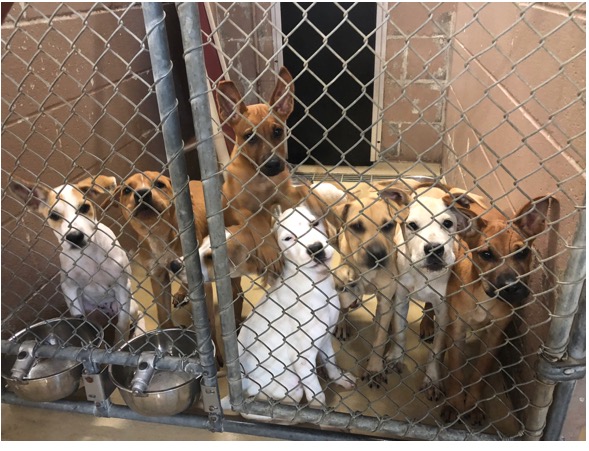 ANIMAL WATCH - Los Angeles Animal Services and shelters all over the U.S. now engage in “free” dog and cat adoption events—sponsored by companies or non-profit organizations which benefit financially in various ways from the publicity.

But there is little real concern for the outcome for the animal or the adopter, because Best Friends Animal Society has set a widely publicized national mandate that all U.S. shelters are to be “No Kill” by 2025, making the focus on an adoption to anybody that will take an animal, not finding it a suitable home.

It has since admitted “No Kill” has already failed, but this is an example of how the  animal- loving public is so eager to assuage its guilt over the lonely suffering of animals that there is no question as to how money is spent or if the problems (multi-millions of dollars later) are improving.

Best Friends And LAAS Have Both Failed The Animals

The fact is that “No Kill” has failed nationally—not just in Los Angeles--and L.A. Animal Services is just one example, but hard to give up because of the tireless work of volunteers and staff who want to believe the “impossible dream” could still be real.

However, without strict enforcement of breeding laws and equally strict enforcement of spay/neuter ordinances (which we have), the number of animals that can be produced per animal will always make this a losing battle, no matter how good intentions of believers and how much money is thrown at it.

The remaining question is, “Why didn’t Best Friends and ex-GM Brenda Barnette impose either form of curtailment?”

It has occupied the City’s newest animal shelter for $1-per-month (including maintenance) since 2011 and it has now been aptly described as “trashed.”

The other six LAAS shelters are packed beyond the point of cruelty with homeless pets and strays crammed into cages and multiple large dogs placed in kennels where fights are a daily—if not constant—occurrence. The odor of feces and urine is overpowering and also a health and environmental hazard to the animals, visitors, staff and volunteers.

“No Kill” has also not worked for the animals or victims involved in the many horrific attacks on adopters or other humans/animals that have resulted from Best Friends or the City adopting out known-aggressive Pit Bulls and other dangerous dog attacks. (See: Pit Bull 'Meat Grinder' Attack Lawsuit Filed Against City of Los Angeles and Pit Bull Attack: Lawsuit Claims Best Friends Animal Society has Lost its Moral Compass.)

Pet-Industry Stats – Prices Are Going Up!

However, what does seem to be succeeding is the sale of animal-related care items, according to pet-industry reports. Here are the current U.S. pet industry statistics, provided by Zippia:

“This growth is mainly fed by an increase in the number of millennials becoming pet owners and their commonly held view that their pets are family members. As a result of this viewpoint, these pet owners are willing to spend more money on their animals than past generations were,” Zippia opines.

Animal Shelters Are Suffering Due To “No Kill” And Overcrowding

So, on one side of this picture everything looks bright for the animals on paper—and especially for the high-profile businesses that have formed to provide services almost to the point of monopoly.

But, undoubtedly, the pressure for profit may overcome the public’s ability to pay and result in a decrease in pet ownership (as other family essential costs rise—such as, transportation, utilities, food and medical insurance/care.) 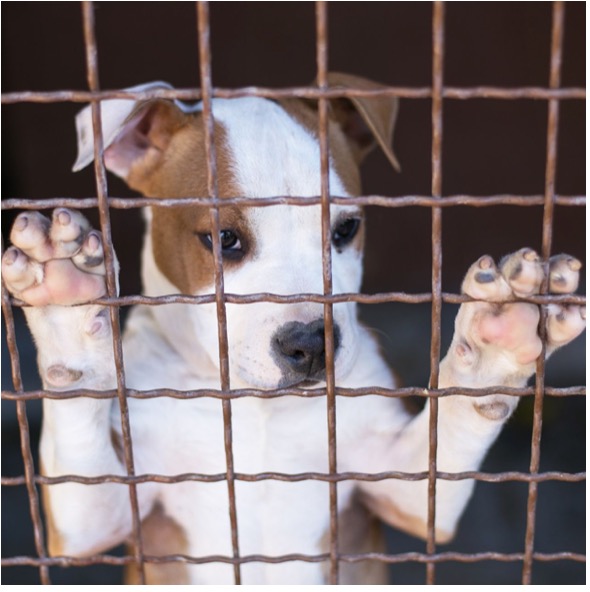 A 2021 article described the Mars-family corporation as “107-years-old, worth a fortune of $127 billion and ranked as America’s third wealthiest family, and the first two sources of wealth listed are candy (who hasn’t had a Mars bar?) and pet food manufacturing.  They are best known in the latter category for their affordable and nutritious Pedigree bran--which is no longer so affordable.”

“Today we have 100,000 Petcare Associates who proudly take care of half of the world's pets through our nutrition, health and services businesses. Our Associates are working toward our Purpose: A Better World for Pets™. Our 50+ global brands include PEDIGREE®, Waltham Center for Pet Nutrition, WHISKAS®, ROYAL CANIN®, AniCura, WISDOM PANEL™ and VCA™.”

“Mars Petcare, the global leader in pet health and nutrition, announced the launch of Kinship, a first-of-its-kind coalition dedicated to creating the future of pet care.” (SOURCE Mars Petcare)

‘Shelter Animals Count,’ is described as an independent, collaborative non-profit formed by a diverse group of stakeholders to create and share The National Database of sheltered animal statistics, providing facts and enabling insights that will save lives.

It was formed in 2011 by varied industry partners including ASPCA, Best Friends, the Humane Society of the United States, Maddie’s Fund and PetSmart Charities.

Best Friends Got Richer While At The  L.A. Mission Shelter

ironically, 2011 was the year Best Friends Animal Society took over the Los Angeles Animal Services Northeast Valley “Mission” shelter, which it just left after 11 years, with no improvement in the lives of Los Angeles sheltered animals and disastrously overcrowded conditions in all the shelters--which could have been alleviated by the City maintain possession of this necessary shelter in a growing area.

In fact, all the “industry partners” listed above have been involved in the disastrous results of Los Angeles failed “No Kill” plan, with no indications of any future improvement or plans to make animal-sheltering more successful and innovative.

Earlier this year, Best Friends admitted publicly that “No Kill” had failed, and announced its impending departure from Los Angeles City Animal Services shelters to run its West L.A.”lifesaving” center.

Is Mars (And Kinship) Getting Both Sides Of This Picture?

Some interesting and important pet-ownership demographics by TopDogTips show that over 750,000 dog owners report adopting from a shelter.

More TOPDOG (AND CAT) TIPS ON COSTS FOR PET ADOPTERS

“From toys, foods, and vet checkups, this can be costly. Feeding your dog (depending on size) can cost from $400 to $700 annually. Overall, taking care of a dog can go from $1,000 to $9,000 annually, with unforeseen variables. And it's the same as taking care of cats. There are still plenty of things to consider when adopting these furry babies.”

There are also important tips about pet insurance (which can vary greatly depending upon the policy and how much you can afford to pay and often not including spay/neuter, breeding costs or euthanasia.)

A Quick-Reference List On How Money Is Spent On Pets

This provides a quick look (with links) to all the latest information available on what is being spent on pets, including on Halloween costumes! (Released 1/12/2023 By Petkeen.Com) 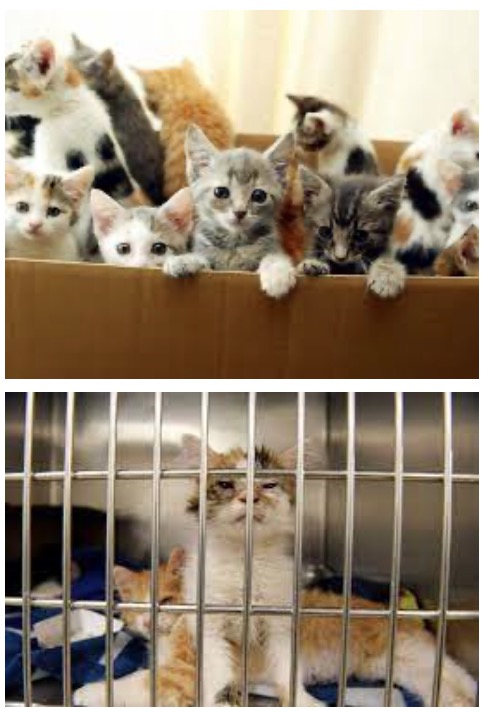 Will Owning A Pet Become A Luxury?

All of the statistics provided by Mars are about growing sales (and costs) of products and services for pets.

Many pet owners now are beginning to report getting close to having decide whether they can afford to feed a pet and their children. Will we begin to see the result at the shelters?

More surrenders mean more animal shelters will be needed, which is opposite of the goals of the Mars Corporation--and unmentioned.

Shelters are understaffed and impounded animals across the nation are not receiving appropriate care, according to media reports (which usually have little interest in covering unpleasant animal stories.)

Fewer adoptions at shelters due to poor care or insufficient staff to answer questions and discuss a particular animal can mean more pets purchased from backyard breeders (and not spayed/neuter.) This can quickly result in a return to overpopulation so great that animals are again running in packs in the streets and a danger to communities.

Mandatory spay/neuter laws are not being enforced in Los Angeles and most likely not in most of the U.S. Breeding is rampant and there is no sales license or tax imposed in the city to recover costs for the animals that end up in shelters.

Dog licensing is also not being enforced and it serves as mandated identification of rabies vaccination. At some point, the number of animals not receiving regular vaccinations against common diseases and rabies will result in epidemics—especially in low-income areas—and, potentially, all over the country.

Where Is Mars “Kinship” Plan For This Reality?

We need to hear from Mars that there is a plan for this reality, which can affects every person in the U.S. in some way, as this commercial giant—with the capability to truly help--instead pushes toward increasing numbers of pets and rising costs for food and care simultaneously.

Mars needs to also be contributing to building new state-of-the-art animal shelters all over the county and funding animal-control law enforcement to protect all animals and residents.

Shame on Best Friends Animal Society and KINSHIP for not making this an issue—rather than merely deceiving the public (and possibly MARS) with claims that the U.S. is going to be “No Kill” by 2025, and ignoring it has already failed and is a cruel impossibility.

The reality of “No Kill” shelters can be seen here (Warning: graphic material.):

(Phyllis M. Daugherty is a former Los Angeles City employee, an animal activist and a contributor to CityWatch.)