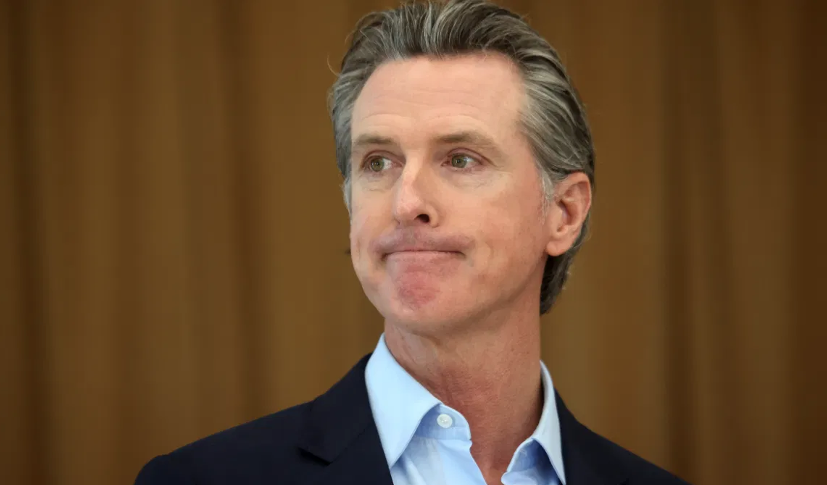 -- including the omnipresent, edict-issuing Best Friends Animal Society --and seduce animal shelter directors into loving him and spreading that message.

Because only $5M of Newsom’s promise was passed, the remaining $45M is tucked away under “Trailer Bills,” where it would be almost unnoticed. Dr. Kate Hurley and the well-funded and influential Koret Animal Shelter Medicine Program will be the direct beneficiary -- and will undoubtedly be charged with getting the word out to those who would be grateful, mainly animal shelter directors.

It is under Education and called “Animal Shelter Assistance” (Page 5 of 19):

“Grants for Animal Shelters—An increase of $45 million one-time General Fund for the UC Davis Koret Animal Shelter Medicine Program to develop a grant program for animal shelters. This augmentation would enable the center to provide expertise, support, and local assistance over a five-year period to help communities achieve the state’s policy goal that no adoptable or treatable dog or cat should be euthanized.”

This will be touted as fulfilling the Governor’s promise to bring “No Kill” to the entire state of CA -- which, tragically involves shifting around homeless, unwanted and behaviorally challenged animals (especially Pit Bulls with histories of attack on humans and other animals) and assisting Dr. Hurley’s Million Cat Challenge for Feral Cats -- with the goal not to have abandoned or stray “community” cats accepted in shelters, but, rather, releasing them into the streets. (Unfortunately, since the original proposal, some shelters are reportedly also dumping lost tame cats -- which could be owned.)

The 2020-21 $50M bill was reduced to $5M per year by the Legislature. Newsom is now asking for the $45 million over five years added to that “to develop a grant program for shelters.” You can read more about the details of the reduction in Gov Newsom Reneges On $50M for Shelters, Feral Cat-TNR.

Potter, The Otter – We Always Knew Newsom Was “Different”

Last October -- when the recall campaign began gaining momentum -- Gavin wanted us to know more about his commitment to animals and the environment, so (along with his media team) he visited the Paradise Ridge Elementary School in Paradise, CA, and sat down with second graders to tell them that his first childhood pet was an otter, named Potter.

The Los Angeles Times report quoted Newsom expounding on his close relationship with wildlife with the 7- and 8-year-old second graders. “Elaborating for the curious students, Newsom said Potter slept curled up on his bed. ‘I’d get cozy with it,’”

Cleaning the Environment, Removing a Mattress – When did these get here?

Then, on May 11, 2021, as the high-profile Recall Newsom effort pushes forward, the Sacramento Bee shows photos of the Gov carefully avoiding stepping on feces and used needles as he walks down a trash-strewn trail “to channel some of the frustrations that many Californians have expressed about seeing piles of trash grow alongside their local roadways.”

Newsom cautiously assisted a high-level highway official in cleaning trash: a sleeping-bag and a mattress from the area bordering the 10 Freeway, near University of Southern California (USC) near downtown – just long enough for a photo-op.

“When we come across these underpasses and freeway entrances and exits — thoroughfares up and down the state — we can only ask ourselves, ‘What the hell is going on?’” Newsom told OC Register reporters.

The clean-up budget around the state’s freeways and underpasses, which will soon be presented to the state legislature, has grown from $60 Million to $110 million in just the past two years, Caltrans officials said.

Newsom has spent recent days dishing out a $100 billion pandemic recovery plan. As a Californian, “I’m as angry about this as you are,” he said.

He has apparently forgotten his support of the homeless on the streets of San Francisco when he was Mayor, just as Eric Garcetti -- as then-Council-President -- opened his arms to “Occupy LA” to pitch their tents on City Hall’s lawn.

Newsom seeks the “homeless” vote - “We have to be creative.”

CBS Sacramento reports, Newsom is proposing $12 billion to get the homeless off the street -- using $8.75 billion to create 46,00 housing units in compounds across the state, many with mental health and other “behavioral issues” can get services onsite.

Newsom also wants to reinforce programs and jobs for the recently incarcerated, who are being dumped in CA cities which already have the highest concentration of homeless and skyrocketing crime rates.

CLEANING GRAFFITI – “I was ‘a small business owner.’”

Then, on June 2, “The governor had a rag, bottle of spray and a brush. He was among the many who have come out over the past few days to clean up the tagging and shattered glass left by looters and vandals targeting downtown,” CBS Sacramento says.

Many of the locations were businesses that had closed during COVID-19 and tried to reopen, but with the diminished economy they were closed and shuttered again.

Newsom let them know he feels their pain by reminding them “I was a small business owner.”

THE GOV IS GETTING DESPERATE – MAYBE HELP IS ON ITS WAY!

Many Angelenos are speculating that former-Mayor Antonio Villaraigosa (2005-2013) may be a frontrunner to serve as Interim-Mayor if Eric Garcetti is chosen, and accepts, the appointment as President Biden’s Ambassador to India.

Because term limits would not allow him to become permanent and, thereby, provide the interim-Mayor with advantage over other candidates, this is something that is under legal consideration.

Reportedly current City Attorney Mike Feuer (himself a Mayoral hopeful) will be asked for an opinion. And a federal prosecutor is quoted as saying that the Charter wording appears to make AV eligible.

Villaraigosa reportedly told the LA Times, “I’m born and raised here. I love this town. And if called upon, I’d be honored.”

Newsom in his desperation to avoid recall may not find $50M to affluent animal organizations to be of much influence at the voting booth. There’s an old saying that “animals don’t vote.”

But, if Antonio is back in office, maybe he and Newsom can do a photo-op with a brush and use one of the most repeated and attention-getting CA political quote of all times, “We Clean Your Toilets!”

(Phyllis M. Daugherty is a former City of Los Angeles employee and a contributor to CityWatch.) Image: NBC. Edited for CityWatch by Linda Abrams.