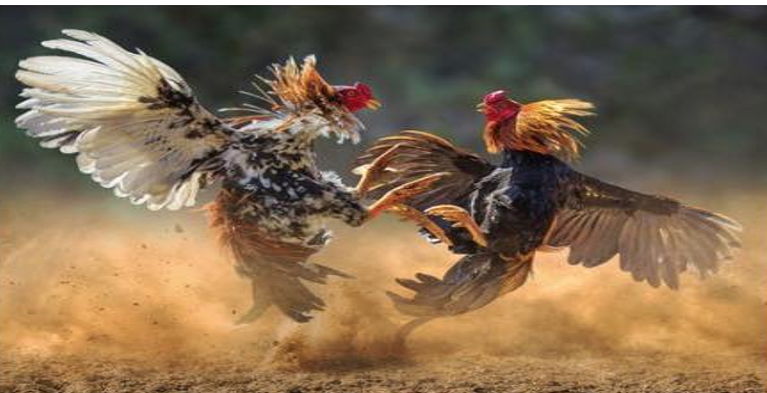 ANIMAL WATCH-On Monday, October 22, a police officer was killed by the razor-sharp spur attached to the leg of a rooster during a raid on an illegal cockfight in the Philippine central province of Northern Samar, Global News reported.

Police were collecting evidence when Lt. Christian Bolok, who is the police chief for the town of San Jose, was struck by the rooster's gaff -- a short knife attached to the legs of fighting cocks -- as he picked up the bird.

The blade slashed his left thigh, causing a gaping wound and slicing his femoral artery. He was rushed to a local hospital but bled out on the way and was declared dead on arrival, provincial police chief Colonel Arnel Apud told the AFP.

Bolok, who was in his mid-30's, had gone to the scene of the cockfight to enforce a COVID-19 ban which has been in effect during the pandemic, because these highly popular events attract large groups of aficionados and gamblers and have been blamed for helping spread the virus.

Prior to the outbreak, cockfighting was allowed only in licensed cockpits on Sundays and legal holidays, as well as during local fiestas lasting a maximum of three days, according to the government news wire The Philippine News Agency (PNA).

"I could not believe it when it was first reported to me," Apud told AFP. This is the first time in my 25 years as a policeman that I lost a man due to a fighting cock's spur." He also expressed his "deepest sympathy" to the victim's family and said that financial assistance would be set up.

Complicating Bolok's wound, there was also speculation of poison having been on the blade, according to provincial Governor Edwin Ongchuan, and that the cloth tourniquet which was applied to stop the bleeding "may have been applied in the wrong spot," the Associated Press reported.

Police arrested three farmers who were involved in the illegal event and a search was conducted for three additional participants. A total of seven roosters, gaffs, plus a small amount of cash were seized, police reported.

“We grieve with our provincial police in the loss of such a committed and selfless officer whose enforcement of our community quarantine regulations has cost him his life,” Ongchuan said in a statement.

The Philippines has recorded more than 375,000 COVID-19 infections since the pandemic began -- the second highest in Southeast Asia.

ANOTHER 2020 DEATH BY A ‘CHICKEN ARMED WITH BLADES’

On January 23, 2020, the Miami Herald reported that Saripalli Rao, the father of three, died after being stabbed in the neck by a blade attached to the leg of his own rooster, as it tried to escape from a cockfight in India. The victim reportedly died in the hospital on January 15 from a stroke caused by the injury.

However, the Herald also provided an updated report by The Independent, stating Rao died after being slashed by a rooster as a spectator at a cockfight in Andhra Pradesh, and citing local media reports. And the New Zealand Herald wrote that "the rooster lashed out while being held up by a cockfighter before being put into the ring, striking Rao in the abdomen."

Regardless of which report prevailed, it appears that the man succumbed to a wound inflicted by a fighting cock and emphasizes the extreme danger to humans and the overt cruelty to the animals who are intended to be killed by these knives. The reason this incident got attention is because cockfighting has been banned in India for decades by the Supreme Court.

The death of this 55-year-old at an illegal cockfight in India has drawn attention to a practice that still continues on a grand scale in some states because legislators are involved or condone it.

"In 2019, the Washington Post investigated what it called the “Super Bowl of cockfighting” in Andhra Pradesh, and found a fight attended by more than 1,000 people apparently organized by a local MLA – a member of the state’s legislative assembly," according to the Independent.

"Cockfights are illegal in all fifty states and U.S. territories," according to Steve Hindi, President of SHARK. "It is a national embarrassment that they still occur on a widespread basis, especially when there is so much attendant crime, such as illegal drugs, weapons, gangs, and prostitution."

"SHARK and HFA successfully shut down a number of cockfights in Kentucky last summer, and have filed a lawsuit in Monterey County, California, to stop the illegal raising of fighting roosters," the release states.

"Shockingly, the biggest obstacle we've faced so far is that local law enforcement is refusing to do its job," says HFA National Director Bradley Miller. "We've discovered that some local authorities are actually assisting cockfighters in evading the law."