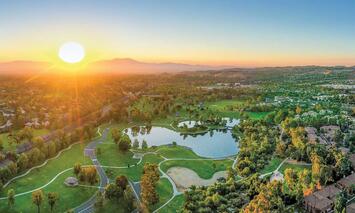 The master-planned city represents the modern version of a 19th-century garden city – a largely self-contained and environmentally sustainable community.

Critically, Irvine is not an outlier, but a role model for other communities – from The Woodlands outside Houston to New Albany in central Ohio – that are creating a new and more sustainable reality for households and families. Indeed, in discussions with other developers and planners in my research, Irvine is repeatedly cited as an example of the kind of community they want to create.

The pandemic made such communities, and suburbs in general, more attractive, according to Pew Research Center. Indeed, in the first half of 2021, home sales in the nation’s 50 largest planned communities exceeded expectations, with growth expected to exceed 35%. Robert Schottenstein, CEO of Columbus-based M/I Homes, Inc., a builder with 15 projects in the Midwest, Southeast and Texas, explains, “This is a flight to safety and security. The millennials are getting older, and they are transitioning as they start families.”

Clearly, what happens here does not just affect its locality. Irvine epitomizes a historical shift from the suburban “bedroom” model of the 1950s – seen in communities like Lakewood in the Los Angeles metro area and the Levittowns in Pennsylvania and on Long Island that provided inexpensive housing for workers in nearby plants and downtowns.

In the 1960s and 1970s, new developments, of which Irvine was an exemplar, began to create more balanced, self-sufficient communities, with lots of nearby employment and cultural and retail centers. These include Valencia in north L.A. County, The Woodlands in Texas, Reston in Virginia, and Columbia in Maryland (though none enjoy Irvine’s proximity to the Pacific Ocean). These communities were evaluated by Harvard urban planning professor Ann Forsyth, who noted that they fulfilled most of today’s New Urbanists’ underlying aim – and did so on a grand scale (italics ours), exhibiting “cutting-edge planning and design strategies.”

Today, this model is spreading rapidly. In Houston alone, new communities such as Cinco Ranch Bridgeland, Sienna Plantation and Sugar Land – along the Grand Parkway, which connects the metropolitan area with a major jobs center – represent the cutting edge of American urbanism in the 21st century.

Much of this is taking place on the urban fringe: 43 of the 50 highest-growth counties in combined statistical areas (CSAs) of more than 500,000 residents are almost without exception far from the historical downtowns. With ample park space, room for remote work and considerable amenities, places like Irvine and its increasing imitators fit well with a greater consciousness about the environment.

New developments tend to use innovative materials and sophisticated systems for controlling energy and water use, which could make these new communities even more environmentally sustainable. And with their ample open space, these areas are ideal for enhancing biodiversity through thriving populations of insects, birds and mammals.

The big challenge facing us today is not, as some urbanists have suggested, eliminating such communities. Instead, the challenge is how to employ the lessons of Irvine and apply them across the breadth of the country, even if, to natives, the original model will likely always be the best.