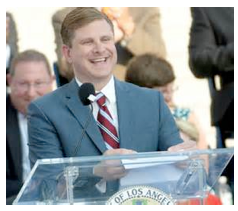 THE COST OF SAVING ANIMALS-On September 3, 2015, Controller Ron Galperin released an audit of LA Animal Services statistical data, entitled, “Every Animal Counts: Assessing Los Angeles’ Progress Toward Becoming a ‘No Kill City’.” His cover letter begins, “How we treat animals reflects our values as a society. We can and should be judged on how well we treat the most vulnerable among us, including those who can’t speak for themselves.”

Albeit a noble ideology, this is the introduction to a sermon, not an audit.

It is disappointing that the Controller got swept up in emotion and political correctness. It seems he was diverted to appointing ‘value judgment’ to his findings instead of conducting a probing analysis to expose or dispel the serious management problems at LA Animal Services that are alleged by critics.

The danger for the Controller is that, when he moves out of his objective role of reporting factual data and picks a side, he becomes an advocate, who is by definition biased for or against the agency audited. The Controller is assuming the positions of judge and jury -- in this case, deciding whether the Department has deceived the public or whether the activists “had no case.”

Galperin admits his assessment was done to appease animal advocates’ skepticism. Yet, the most obvious flaw of this audit -- which is far too narrow to be anything more than an effort to silence the criticism of Brenda Barnette -- is that it misses the objective measures of accountability in the area it purports to analyze, which is “No Kill.”

Throughout his cover letter, Galperin is “cheerleading” rather than analyzing – having already decided the goal justifies the means. Although he states the Department must be given the resources to become “No Kill,” he identifies no funding source and makes no recommendation to enforce financial penalties against those who create the problems of pet overpopulation, the abandonment of unwanted animals, or the failure to adhere to animal-care ordinances.

Galperin's audit also fails to report that the issuance of an initial 717 administrative citations under the City’s new ACE program -- touted by the GM as a potential source of income -- has, according to Brenda Barnette, netted zero dollars. Why? Because they were used only as “warnings” of violations of laws.

Thus, the burden for warehousing or transporting animals and the discounting of adoptions as a means to achieve the lower euthanasia rates of “No Kill” falls on taxpayers. The 2015-16 budget for LA Animal Services is already $44 million. It is the Controller’s job to objectively disclose how much of that sum is spent on “No Kill.”

The Controller admonishes that we are falling short and are too slow in reaching “No Kill” but at the same time he admits that the concept is not clearly defined. He states we are, “Failing to Live Up to Our Values,” equating failure to meet a specific goal (or any of the countless definitions of “No Kill”) with an abandonment of the societal values that he has imposed for us.

But even without offering a definition for “No Kill,” Galperin provides a mission statement:  “I believe that we, as a City, need to move with all due haste to become the 'No Kill' City we have long purported to want to be.” Is this the job of the Controller? Or is it a platform for re-election?

Regardless of how much he loves animals, the Controller is the watchdog for the public -- using cold, hard analysis of dollars to measure government efficiency. When he gets into the politics of expenditures, he loses his objectivity and all benefit to the public that his office holds.

A City’s auditor should be “compliance insurance” for taxpayers. His only interest should be, “How much was spent?” And, “Where did the money go?”  He is to judge only the accuracy of the accounting -- not, “Was it wise or worth it?” That is the decision for the City Council and Mayor as well as the taxpaying public. Reasonable minds can differ on politics and social value, but it is not the place of the Controller/auditor to take sides in that debate.

Controller Galperin asserts that, “We need to devise a realistic and believable plan to make Los Angeles a ‘No Kill’ city… To do that, of course, presupposes stakeholder agreement on what we mean by ‘No Kill’.” Shouldn’t this have been decided before the progress of this policy was audited?

Animal welfare is not always “No Kill.” Millions of homeless pets and strays across the U.S. are just transported to be warehoused in other shelters -- some out of the country -- and we will never know for sure whether they came out alive or got lost in the accounting “shell-game” of animal numbers.

“No Kill” does not just relate to the act of “saving animals” but has become a political statement. It is a hammer held with religious zeal over the head of anyone already in, or running for, pubic office, because nothing is more polarizing than animal issues. Key to raising campaign funds or election votes in California is a solemn oath by any candidate that, “Under my watch, every homeless animal will find a forever home.”

“No Kill” eludes transparency because most, like Controller Galperin, who blindly espouse it, never ask what really happens to an animal after it is ‘saved.' Any plan under that name must be objectively assessed for practicality, humaneness, cost and adherence to laws that protect animals-- not just as a religious or political pursuit.

(Animal activist Phyllis M. Daugherty is a contributing writer CityWatch and opposingviews.com. She lives in Los Angeles.) Edited for CityWatch by Linda Abrams.