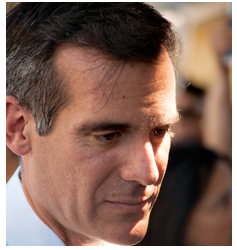 Garcetti proceeded to highlight the filling of more potholes, the preliminary benchmarking of the efficiency (or inefficiency) of the Department of Water and Power’s operations, and three very expensive DWP environmental initiatives.

But you cannot run an $8 billion enterprise with over 30,000 employees serving over 4 million Angelenos by press releases and political slogans and posturing.  Rather, you need realistic goals, long range planning, real time management information systems, and well trained executives and managers who can hold departments and employees accountable.

Unfortunately, our City and its many departments do not have long range strategic or financial plans.  Nor are there adequate management information systems as was evident in Controller Ron Galperin’s audits of Street Services, Recreation and Parks, and Transportation.  Nor are the managers of the City’s departments able to demand accountability because of the lack of goals, poor IT and accounting systems, many civil service regulations, restrictive union work rules, and a dysfunctional organizational structure where the know-it-all members of the City Council and Mayor’s office are constantly interfering.

While Garcetti has stressed his Back to Basics agenda, we have yet to see a detailed plan that addresses the repair and maintenance of our streets and sidewalks even though the City had contemplated a $4.5 billion tax increase over the next thirty years.  Nor have we seen any plan that focuses on the sorry state of our parks and recreational facilities despite numerous complaints.  Nor have we seen any plan that contemplates the development of enterprise software that would replace our Stone Age IT systems. 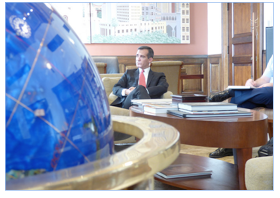 The Garcetti administration has also not developed a detailed five year financial plan that should be standard operating procedure for any $8 billion organization.  Rather, the City operates on a year to year basis, juggling revenues and expenditures to balance the budget, trying to eliminate the Structural Deficit where the growth in salaries, benefits and pension contributions exceeds the increase in revenues.  In the past, shortfalls have been eliminated by deferring maintenance on our streets, sidewalks, and parks, gaming the pension system, or raiding DWP and other special funds.

Proper planning would have also revealed that the City will have a difficult time financing its new four year labor contract with its 20,000 civilian workers if it wants to begin the systematic repair and maintenance of our streets, sidewalks, and parks and meet its contractual hiring goal of 5,000 additional civilian workers. Put another way, any increases in tax revenues will be devoured by the new labor contract.

Garcetti’s Back to Basics agenda does not include benchmarking the efficiency of the City’s poorly managed work force against public private partnerships or independent contractors.  Furthermore, the new labor contract may restrict using outside contractors, even though the savings of hundreds of millions could be used to repair our streets, sidewalks, and parks or to fund other important programs such as affordable housing.

If Los Angeles is to be a world class city that is capable of hosting the 2024 Olympics, City Hall must have a laser focus on the management and efficiency of its more than 30,000 employees, the timely delivery of services to its four million residents, the repair and maintenance of its infrastructure, and the restructuring of its budget and its $25 to $30 billion of long term liabilities.

Back to Basics is a great political slogan.  But it will require hard political decisions to make it a reality.

(Jack Humphreville writes LA Watchdog for CityWatch. He is the President of the DWP Advocacy Committee and a member of the Greater Wilshire Neighborhood Council.  Humphreville is the publisher of the Recycler Classifieds -- www.recycler.com. He can be reached at:  lajack@gmail.com)
-cw