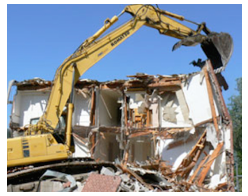 AFFORDABLE HOUSING-Bumper to bumper traffic and hard to find parking are quickly being trumped as daily concerns by looming, affordable housing shortages in Los Angeles. A sleeping giant is being poked awake by tenants, community groups and politicians that are starting to see the Ellis Act, a state law that facilitates tenant evictions, as the next urban threat.

The Ellis Act dates to 1985 when it was passed by the state legislature. Some of its provisions define mechanisms for landlords to conditionally leave the rental business if they sell the building, convert to another housing use such as condos, or keep the building vacant for five years. In these cases, a tenant can be evicted from rent-controlled buildings through authority of the Ellis Act.

Recently, National Public Radio reported, “Evictions in Los Angeles through the Ellis Act rose 235 percent, according to recent figures from the LA Housing and Community Investment Department. Landlords cleared out 725 apartments in 2014, compared to 308 the year before.” In that broadcast, HCID general manager Rushmore Cervantes said, “We’re slowly seeing a trend that started in 2009.”

Mayor Eric Garcetti has a goal of building 100,000 new housing units by 2021. A big question is: how many of those will come from landlords using the Ellis Act to evict tenants to make room for larger buildings, with smaller spaces and higher rents?

If the Act were to be fully utilized to help meet this goal, it could put an average of 50 families or individuals at risk of eviction every day for the next 5 1/2 years. Surveying our current housing density, there are not many vacant lots with which to fulfill the Mayor’s housing goal.

Solution? Tear down existing buildings and build bigger and higher, and give the units smaller square footage. How? Use the Ellis Act to empty the buildings.

Enough people are waking up to this possibility to make it a leading edge issue.

Community thought leaders are starting to probe into the Ellis Act, tenants in danger of being evicted are awakening to the fact that the Act could put them on their way to homelessness, and politicians are making motions in the City Council to investigate the Act.

According to the most recent Census data, Los Angeles has the highest percentage of renters of any major US metro area at 53.1 percent. That’s a lot of potential concrete pillows if the Ellis Act continues to be weaponized in the struggle for more rent for less space. This often means down with the old buildings and up with the new ones. And, out with the old tenants and their affordable housing and in with the new tenants at higher rents.

Many evicted tenants, with nowhere to find the affordable housing that is being removed from inventory, may wind up sleeping on the streets as collateral damage, becoming members of an already unconscionably large homeless population.

Using the public platform of its Planning and Land Use Committee (PLUC), the Mid City West Community Council (that includes the Miracle Mile,) staked out a leadership position last Tuesday evening (July 21) by convening a community forum to review the Ellis Act and the Rent Stabilization Ordinance. About two dozen community members attended, along with the full committee of nine members.

Committee chair Cary Brazeman, and committee members Patrick Seamans, Charles Lindenblatt and Keith Nakata led the meeting through a brief history of the Ellis Act and the RSO. A dialogue was personalized by community members that have faced eviction tied to the Act.

“In many ways L.A. has an incredibly strong tool for tenant protection in the Rent Stabilization Ordinance, but the law is only as strong as its weakest link. If tenants are unaware of it, or a landlord doesn’t follow it, or the city doesn’t enforce it, the law’s protections become diluted,” declared Brazeman. “Another issue is the interplay between the loss of rent-stabilized apartments for moderate-income people and the creation of rent-regulated units for low-income people. Both populations need to be served. The question is how to do it,” he added.

Beverly Grove resident Steve Luftman, who was recently served an Ellis Act eviction notice at his courtyard building in Beverly Grove, is fighting by taking the unusual step of applying for consideration as a “historic cultural monument” by the Office of Historic Resources. The buildings were built by Meyer & Holler (Grauman’s Chinese, among many other famous buildings) for Mendel and Mabel Meyer. This gives the building 75 days of protection, during which time members of the board of the OHR will visit the building.

Feedback from other community members about the intricacies of the Ellis Act, and defenses against its use, included some useful information from tenant Mark Simon. He pointed out that the City of Los Angeles has one Ellis Act investigator for the entire city. This is not enough to respond to the growing calls for help from tenants. Simon added that the almost 300 percent increase in evictions in the past year helped drive the creation of an LA tenants union that is being formed to help tenants defend against Ellis Act evictions.

The consensus of the forum was that having less affordable housing as a result of evictions is not a good option. As Mid City West Board Chair Scott Epstein told the gathering, “It’s important that we make policy changes at the city and state levels to address abuse of the Ellis Act so that we can preserve existing affordable housing.  But we also need to recognize there is a broader housing crisis in Los Angeles. We need to build more housing in LA to accommodate a growing city and to control housing costs.  And we need to adopt policies, such as inclusionary zoning, that encourage the construction of new housing for all income levels.”

The politicians appear to be listening and getting into action. Hearing the rumblings and wanting to take the political lead, Councilmembers Paul Koretz (Council District 5) and Mitch Englander (Council District 12) co-authored two measures asking for a review of the Rent Stabilization Ordinance (RSO) that has not been reviewed since 2011, and for an annual cap on demolition of RSO housing. Both motions, made on June 10 and 11, request City agencies to report back to the City Council in 120 days, or approximately mid-September.

Interest by the City Council as well as the heightened awareness by affected communities show that the difficult question of using the Ellis Act to empty buildings of affordable housing is a topic that is beginning to get the notice it deserves.

Concluding the meeting, PLUC Chair Brazeman promised, “We will continue the discussion and debate at the next meeting.” That is scheduled for August 18.

(Tim Deegan is a longtime community leader in the Miracle Mile area of Los Angeles who has served as board chair of the Mid City West Community Council and on the board of the Miracle Mile Civic Coalition.  He is an occasional contributor to CityWatch and can be reached at timdegan2015@gmail.com.)