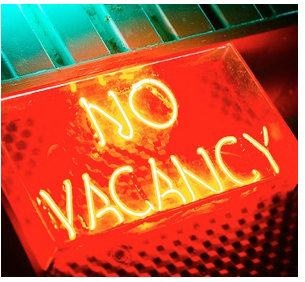 LA … MOST UNAFFORDABLE IN U.S.- Los Angeles is now the most unaffordable rental market in the country. It is also the metro area with the largest share of renters vs. homeowners: While U.S. rentership has fluctuated around 35%, Los Angeles is at 52%.

This affordability crisis has deep roots. Los Angeles has been a majority renter city since 1970. And the disparity between renters and owners reflects an economic divide that has widened over decades.

Our studies show severe housing burden among poor renters has existed since 1970, and that during periods of increasing inequality the burden has grown even more severe. Vacancy rates have risen only slightly – even dipping at times when housing burden has increased. And renters are paying more for the same quality housing, suggesting that neither market forces nor changing housing quality fully explain the increasing rents.

Altogether, the data show that the solution to this long-term crisis is to address its root causes – low incomes and high rents – by increasing both renter earnings and affordable housing.

The Highest Rent Burden in the Country -In both the U.S. and Los Angeles, the median income of owners is more than twice that of renters. In the U.S., that large gap is a new phenomenon, but in Los Angeles, owners have made twice as much as renters off-and-on since 1980. But perhaps the most alarming gap in Los Angeles is the disparity between rent and renter incomes. This rent burden is generally expressed as the percentage of income devoted to rent.

Of particular concern are renters in the lowest quintile, or bottom 20%, of the income distribution. In 1970, 54% of these Los Angeles renters shouldered a severe rent burden (i.e. devoting half or more of their income to housing), and 85% of them bore a moderate rent burden (i.e. paying 30 to 50% of their income). Although national figures are less drastic, 46% of the lowest quintile renters were nonetheless severely burdened and more than half were moderately burdened.

There are two major trends in rent burdens over the last 40 years, and both have played out more strongly in Los Angeles than in the nation as a whole. First, burdens among the bottom quintile have gone from bad to worse. As early as 1983, it was possible to publish books called America’s Housing Crisis about the nation’s inability to house its poorest citizens (Hartman, 1983). Since then, the rent burden for poor households has only worsened.

Second, rent burden has expanded to the middle class. Most renters in these middle-income quintiles still pay less than half their income in rent. However, 50% of mid-range renters in Los Angeles experience some sort of burden, compared to a third of U.S. middle class renters overall.

Low Incomes, High Rents -Los Angeles’ burden is not caused just by the usual suspects: tight rental markets or higher quality rental product. Instead, the problem appears to be two-fold. Los Angeles has a lower median household income than comparable cities such as New York or San Francisco but only a small difference in median rents. At the same time, Los Angeles has relatively fewer publicly subsidized units and weaker rent control. This is particularly true in comparison to New York. The Los Angeles section 8 voucher program waiting list has been closed for almost a decade. Affordable housing production and preservation also slowed with the decline in state and federal funding.

According to the Los Angeles Department of City Planning Housing Needs Assessment, the city needs to produce roughly 5,300 units per year that are affordable to moderate-incomes or below. Los Angeles has instead averaged roughly 1,100 units per year since 2006. Compounding the problem, since 2000, 143,000 rental units that had been affordable to those making less than $44,000 a year became unaffordable.

All this comes during a high-end apartment construction boom. A recent Los Angeles Times article noted that 17,000 new apartment and condominium units were permitted in 2013, and the permit rate for the first quarter of 2014 was up 30% from last year. Nearly all of the building is aimed at top renters. This will not lessen the twin crises of rent increases and high rent burdens.

Taken together, the data show that response to the housing burden has been very poor. A solution must address both components -- low incomes and high rents – by increasing renter earnings and affordable housing units. Increasing the minimum wage would help: A recent Economic Roundtable report calculates that a $15 minimum wage would lead to $1.8 billion extra dollars spent on housing annually, largely by allowing households to buy rather than rent.

Simultaneously, affordable housing production and preservation needs to accelerate. Los Angeles’s affordable housing trust fund is chronically underfunded, particularly since the dissolution of the California Redevelopment Authority and with the reduction in federal funding (Reyes, 2014). Money from the fund is needed to leverage other federal programs like the Low Income Housing Tax Credit.

The recently passed California state budget allocates 10% of funds from the cap-and-trade program to affordable housing, but the total amount projected for the state would not make up the shortfall in Los Angeles’s fund.

Los Angeles leads the nation in many areas, but its rent crisis is not one to be envied.