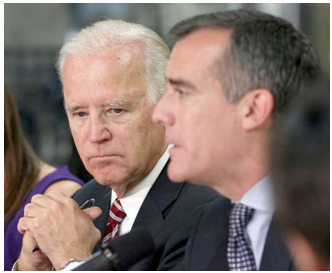 LOS ANGELES-I could be mad at Vice President Joe Biden, who was here for two days and tied up traffic for miles at a time. But it’s hard. He’s just too nice a guy, even if he talks too much—and worse, these days, tells the truth.

In fact, he had to apologize to a few countries last week for telling the truth about them. That would be Turkey, Saudi Arabia and the United Arab Emirates, places governed by proud, thin-skinned men easily shocked by candor.

What Biden said, in answer to a question by a student at Harvard, was that, yes, those countries had funneled weapons and other aid to Syrian rebels and the weapons somehow ended up in arsenals of terrorist groups, including al-Qaida. Shocking! Why can’t they be more like us and give the weapons to the Iraqi army, who can drop them as they run away and leave the stuff for ISIS to collect on its way to Baghdad?

The New York Times reported on the vice president’s remarks and apologies with some nicely understated humor:

"The White House expressed relief on Monday over Mr. Biden’s apologies, with the press secretary, Josh Earnest"—that’s his real name—"noting that ‘the vice president is somebody who has enough character to admit when he has made a mistake.’ But asked repeatedly about the substance of his remarks, Mr. Earnest did not say the vice president was wrong."

Good for the press office, where they understand the importance of being Earnest.

Of course, Mr. Biden’s undiplomatic truth-telling about our sometime Turkish and Arab allies is well within the normal boundaries of his rhetoric. Often refreshing rhetoric. And we should remember he works for a man, President Obama, who himself got in trouble a couple of weeks ago by telling the truth. In the president’s case, he admitted that the United States had no policy for dealing with the terrorists of ISIS as they roamed Syria and Iraq picking up American weapons and chopping off heads.

So it goes. Biden was already in trouble for using the word "Shylocks" in a speech to the Legal Services Corporation about fraud by lending companies courting veterans. His choice of Shakespeare quotes obviously upset Jewish organizations. He quickly apologized. Then he got in trouble at a Democratic women’s conference by saying something nice about his friend, former Sen. Robert Packwood of Oregon, whose political career was ended when it was discovered he was a serial philanderer and harasser of women. Biden apologized for that one as well.

Biden’s remarks about our Arab and Turkish friends was politics as usual. Not only for the American vice president, but more so for governments that regularly lie as they try to play both ends against the middle in the mess that is now the Middle East. Actually, it’s been a mess for as long as any of us can remember—and it will stay that way as political leaders in that part of the world need cover in balancing friendship with the United States and fear of terrorists hoping to kill as many Americans as possible. A Times headline over Biden’s latest gaffe was: "Making a political mistake, though not a factual one." 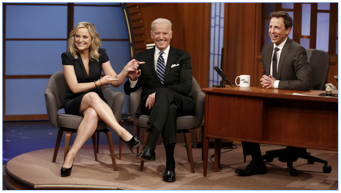 Truth be told—rarely these days—factual truth is fading into "the cloud," whatever that is. One eminent communications scholar, Henry Jenkins of the University of Southern California, has said that in this age of flying tweets and words, factual truth has been replaced by "anything that rings true" to somebody. Ask the Secret Service.

Prevarication is the order of the day, and politics is hardly the worst of it. I keep a Times headline from last March on the corkboard that mirrors my mind: "Companies That Lie Increasingly Win in Court." That one was about a German judge who ruled in a suit against Porsche, that the carmaker had to lie when it denied rumors it might be trying to take over Volkswagen.

So perhaps we should apologize to Joe Biden, who has to apologize for telling the truth.

Richard Reeves, senior lecturer at the Annenberg School for Communication at the University of Southern California, is an author and syndicated columnist whose column has appeared in more than 100 newspapers since 1979. He has received dozens of awards for his work in print, television and film. He also posts at truthdig.com where this column first appeared. Visit truthdig.org for other prominent writers like Robert Scheer, Amy Goodman and Chris Hedges.)