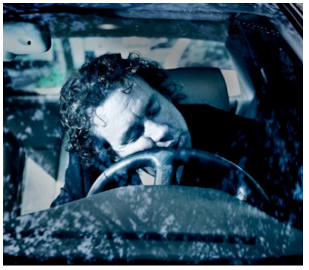 LA LAW-In a decision hailed as a human rights victory by homeless-rights activists, a federal court struck down a decades-old Los Angeles law prohibiting the use of vehicles as residences.

The ordinance, Section 85.02 of the Los Angeles Municipal Code, declared, “No person shall use a vehicle parked on or standing upon any City street or upon any parking lot owned by the City of Los Angeles or under control of the Los Angeles County Department of Beaches and Harbors as living quarters either overnight, day-by-day, or otherwise.”

In the case, Desertrain vs. City of Los Angeles, three judges on the U.S. 9th Circuit Court of Appeals unanimously overturned a lower court ruling that upheld the ban. Dating back to 1983, the ban wasn’t enforced until 2010, when an LAPD task force was created in response to complaints centered in Venice neighborhoods.

According to the city, Section 85.02 was employed in response to “the illegal dumping of trash and human waste on city streets that was endangering public health” in the area.

That didn’t fly with the court. One plaintiff, Patricia Warivonchik, lived in an RV located in a church parking lot, which raised little prospect of public trash; another, Steve Jacobs-Elstein, was arrested as a result of being cited on a Venice street waiting in his car to volunteer at a church’s soup kitchen.

Aware of the selective and unpredictable enforcement of the ordinance, the court slammed the ordinance for its unconstitutionally vague language. Historically, language of that kind has raised substantial questions as to whether citizens’ Fifth and Fourteenth Amendment due process rights were being violated.

Judge Harry Pregerson, writing the opinion, thrilled social justice-minded legal activists with his emphasis on the legal history of laws and regulations “designed to prevent the physical movement and economic ascension of the lower class.”

Nevertheless, Pregerson’s legal reasoning did not hinge on class analysis. “Plaintiffs are left guessing as to what behavior would subject them to citation and arrest by an officer,” he wrote in the opinion’s key passage. “Is it impermissible to eat food in a vehicle? Is it illegal to keep a sleeping bag? Canned food? Books? What about speaking on a cell phone? Or staying in the car to get out of the rain?

These are all actions Plaintiffs were taking when arrested for violation of the ordinance, all of which are otherwise perfectly legal.”

The ordinance clearly stacked the odds against homeless Angelenos, who spend relatively more time in their cars because they reside in them. But as Angelenos of all classes are aware, idling in a car while eating or using a smartphone is commonplace.

Although Pregerson focused specifically on the illegitimacy of the ordinance’s discriminatory enforcement, the court’s ruling underscored a broad, venerable principle of law: vague rules compel selective enforcement. Without a rational basis for punishing some but not other possible infractions, officers will be required to enforce a law arbitrarily, relying on hunches, quotas, or more capricious and selective means. Otherwise, vague laws will simply go unenforced — as did Section 85.02 until four years ago.

The ruling follows on the heels of another legal action ended earlier this year. In January, Venice residents abandoned efforts to impose overnight parking restrictions, another attempt to address the presence of homeless living in RVs and cars.

Although the city of Los Angeles enforced regulations against parking “oversized” vehicles overnight, California Coastal Commission opposition to the Venice Stakeholders Association plan drove the group to sue for permitted parking in Los Angeles County Superior Court. With that suit now dropped, no obstacles remain to homeless Angelenos living in their vehicles.

(James Poulos writes for CalWatchdog.com … where this column was first posted.)