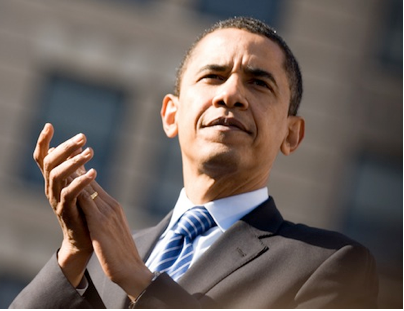 URBAN PERSPECTIVE-Democratic Senator Jay Rockefeller said what’s been said countless times and worse acted on by the GOP countless times. That is that more than a few of their number have reflexively dithered, delayed, and flat out tried to torpedo every policy initiative or piece of legislation that President Obama has backed solely as Rockefeller said, “because he’s the wrong color.”

Rockefeller should know.  He sits on a number of Senate committees and subcommittees and he’s undoubtedly seen and heard the blatant displays of not so subtle bigotry from more than a few his GOP congressional adversaries. But Rockefeller is only the latest political luminary to state the obvious.

Former Florida Governor Charlie Crist bluntly told an interviewer that he got out of the GOP because of its open hostility to Obama. Crist made sure that he meant hostility based not on legitimate political disagreements but on race when he specifically referred to Obama as the “African-American President.”

The relentless racial hostility toward Obama goes far beyond simply the routine racial lampooning and mocking of Obama in grotesque signs, posters, chants, and harangues by loose hinged tea party elements, and unreconstructed bigots. It has been subtly stoked and orchestrated by the GOP with the clear political aim of disrupting, destabilizing, and rendering politically impotent Obama's program, initiatives and proposed legislation.

The final presidential vote in 2008 gave plenty of warning of the lethalness of the GOP's core conservative white constituency when aroused. Overall, Obama garnered slightly more than 40 percent of the white male vote. Among Southern and Heartland America white male voters, Obama made almost no impact.

The only thing that even made Obama's showing respectable in those states was the record turnout and percentage of black votes that he got. They were all Democratic votes.

A Harvard post-election assessment of the 2008 presidential vote found that race did factor into the presidential election and that it cost Obama an added three to five percent of the national popular vote.

Put bluntly, if Obama had been white the election would have been a route. During the GOP presidential primary campaign GOP presidential candidates made sure of that with the stream of race-tinged references Newt Gingrich, Rick Santorum, and Mitt Romney made to food stamps, welfare, work ethics, and an entitlement society.

Then there were the racially-loaded newsletters from Ron Paul that resurfaced. The candidates when challenged ducked, dodged, and denied any racial intent, or in the case of Paul's newsletter, that he even penned them.

His 2012 reelection victory gave even more warning that little had changed. In fact, it got worse, he got a smaller percentage of the overall white vote than he did in 2008, and that included a small but significant defection of younger white voters who backed him in 2008.

There has not been a moment that has gone by that top GOP congressional leaders have not called Obama out on some issue. The framing of their criticism has not been polite, gentlemanly or exhibited the traditional courtesy and respect for the office of the presidency. This has done much to create a climate of distrust and vilification that has made it near legitimate, even expected, that Obama be heckled.

The GOP's official heckling has taken many forms, all mean-spirited and petty, rather than purely the customary expression of opposition to policies that clashing political parties and their leaders show toward each other.

The near textbook example of how the GOP has subtly used race to sledge hammer Obama has been its take-no-prisoners drumbeat attack on Attorney General Eric Holder. He’s been called on the GOP congressional carpet in countless hearings, and pilloried, insulted, and abused for every concocted sin from his alleged master mind bungling of the fast and furious gun sting to his supposed politicizing of the Justice Department.

The attacks have all been punctuated by screams for his resignation or firing.  Holder is not just a convenient surrogate punching bag for Obama. He is the one top administration official who’s not afraid to punch back at the GOP for its blatant play of the race card. He’s as much said so and this has only made his inquistors even more manic in their racial assault on Obama vis-a-vis Holder.

The GOP also in a cynical, thinly transparent move has even tried to turn the racial tables on Obama by tarring him as the race divider and baiter. His lambaste of the GOP at a keynote speech at Reverend Al Sharpton’s National Action Network convention in April for doing everything humanly possible to subvert voting rights through its endless legislative ploys and constructing every obstacle it can to enforcement was the opening needed to use this tact.

It won’t be the last time for this. Which just proves again that Rockefeller and Crist as so many others before them got it right. For many in the GOP, Obama is simply the wrong color and that won’t change.

(Earl Ofari Hutchinson is President of the Los Angeles Urban Policy Roundtable. Pedro Baez is the publisher of the Voice of the People.)