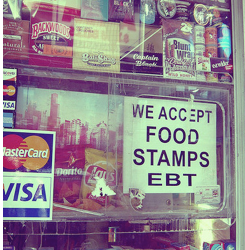 THE VIEW FROM HERE-Let me begin with a brief civics lesson (albeit, of course, I am simplifying our political history to a large degree).  From the time we start school, if not earlier, and commencing with the Pledge of Allegiance (“and to the Republic”), we have encountered a variety of political terminology:  republic, federalism, and democracy.

Our Republic is a representative form of government by which citizens democratically (by the people) vote for officials at every level (city—county—state—national) to represent their best interests.

Federalism refers to the concept of support for a strong central government.  The Federalist Party was the first American political party which was in place from 1789 to 1801.  It supported the theory that a strong national government would not only better handle issues that crossed state lines but would also protect social justice issues.  Furthermore, when left to their own devices, Americans in a democracy (small d) would not always vote in a way that would be most beneficial to them—thus the need for oversight from a strong central government.  (Would we still have legalized segregation if the decision were left entirely up to the public vote?)

The Federalists were opposed by the Anti-Federalists, a group which became the Democratic-Republican Party, which did not trust that individuals elected to the highest levels of government would necessarily have the wisdom to advance and support appropriate regulations for the “little” people—consider today’s Tea Party (Taxed Enough Already).

The Federalist Party lost its appeal, among other reasons, because of its elitist image (remind you of something?).  The D-Rs split into what essentially became the modern Democratic Party and the Whigs which soon became the Republican Party.

Ironically, the philosophy of the Republic Party of Lincoln evolved into a very conservative party, and the conservative Democrats became the progressive party of today.  Freed post-Civil War Blacks joined the party of Emancipation, and many Southerners became Democrats out of reaction to results of The War Between the States.  More recently, those Southern Democrats (often called Dixiecrats at the time) joined the Republican Party and Blacks, by and large, became Democrats.

Whoo!  That is a lot to take in, but I preface this article with that information to give some perspective to decisions that are being made now.  There are numerous bills being considered (and held up—particularly by House Speaker Boehner and his cohorts) in Washington, but one that affects all of us to a greater or lesser extent is the nutrition program that was created as a safety net to feed the hungry among us.

The Supplemental Nutrition Assistance Program of 2009 (usually referred to asSNAP) is and must be one of our top priorities!  Because there was no vote to extend it, millions of people (beginning November 1, 2013) will find that they will receive significantly less assistance for feeding themselves and their families (one in five households—that is 20%--depend on the food supplement program to meet their nutritional needs).

The cut amounts to about $5-6 billion for next year alone (and this is on top of the major cuts from the Sequester), a change which equals a loss of 21 meals per month for a family of four!  More than 22 million children and 9 million elderly and disabled will be affected, let alone the other adults in between.  To quote findings from recent research, “. . . we can reasonably assume that a reduction in SNAP benefit levels of this size will significantly increase the number of poor households that have difficulty affording adequate food this fall.”

People often forget that when the poor receive this safety-net assistance, they can use their remaining money to purchase heating fuel (so they will not freeze in the shuddering winter cold), clothing and other merchandise, gasoline (the current decline in gasoline prices can help offset other costs as well), medicine, and so forth—purchases which create a boost to the general economy—the result of which creates more jobs, greater stability and security for the entrepreneur and for society as a whole (see discussion on California’s AB 191 below).

SNAP is part of the current Farm Bill debate.  Passage of this bill does not only affect food stamps (in California the Cal Fresh Program) but food inspections (think of e. coli outbreaks), American agricultural programs which affect AgriBusiness but also small family-owned farms, crop insurance, and trade policy [we do get much of our fruit, vegetables, and other edible products from other countries (we must stay on top of what is coming in from countries like China which do not have the inspection oversight that we do)].

By the way, California is in the forefront with regard to its nutritional programs.  Governor Brown recently signed AB 191 [introduced by our own Assemblymember Raul Bocanegra (AD 39)].  This law will “streamline CalFresh eligibility for Medi-Cal recipients and their families.”  It will also “increase the likelihood that low-income households have access to a package of benefits that support their overall health and well-being.”  It will prove to be a welcome expansion to our state’s economy.

All this takes us back to my rather lengthy introduction. . . .  If you look at today’s Republican Party (with its radical right-wing and power-yielding Tea Party), we witness the emergence of an insensitive, heartless, selfish, ego-centric group of un-democratic heretics.  Is my language too strong?  I think not—it could be stronger!

On this issue of alleviating hunger, Vermont’s Sen. Bernie Sanders would certainly agree with me as would Florida’s Congressmember Alan Grayson who in 2009 had the cojones to stand on the floor of the House of Representatives, assisted by the visual aids he had brought, to slam the Republican Party for its indifference to the pressing needs of the millions in this country who depend on “a strong central government” for their survival.

He called out the right wing when he stated, unequivocally, that the Republican plan for national healthcare was “don’t get sick” but if you do, “die quickly.”  He and Sanders both support a single-payer health package (as do numerous electeds on both sides of the aisle)—and certainly satisfactory nutrition is part of any healthcare consideration.

In one of my previous articles I alluded to the pyramid, at the top of which is the 1% of the powerful and wealthy who stand on the shoulders of the 99% who serve them, to help maintain them in their oligarchical and plutocratic positions.  It is all about “Survival of the Fittest,” not, as Darwin actually stated, “Survival of the Fit.”  If you are poor, out of work, disabled, unemployed, Take care of your own problems!

As Romney said during the recent campaign, if you want to go to college and can’t afford it, borrow from your parents (who, by the way, probably don’t have the financial means to provide their children a higher education in the first place—otherwise their children would not be seeking financial aid).  This philosophy can easily be extended to the hungry.

As Bernie Sanders stated, “We live in a hypercapitalist society, which means the function of every institution is not to perform a public service but to make as much money as possible.

There’s an effort to privatize water, for God’s sake.”  Similarly, we are expected to be on our own to take care of our own healthcare and nutritional needs.  The Republicans cajole and yell and scream about the evil effects of the Patient Protection and Affordable Care Act.  (The problems we face today are largely caused by their own intransigence on this subject.)  Had they supported this reform or a viable alternative (as they claimed they had), we might have been able to address some of its flaws and shortcomings earlier (remember, way back decades ago, Republicans also vehemently opposed Social Security and Medicare).

The roll-out would have been smoother had the Republicans voted initially for adequate funding to make the program work.  Had the many states led by Republican governors not opposed expanding Medicaid into their states, had they developed state-wide versions of the Federal program, the ACA would already be praised for its competence and effectiveness.  To see how the program can work, just look at California (Covered California, our health insurance exchange—an arm of ACA), or Kentucky, or several other states where the roll-out has been very successful.

We must contact our Congressional representatives in the U.S. Senate and the House (particularly the Republicans) to reconsider their earlier decisions if they had opposed extending the program.  SNAP is essential to our survival as a civilized nation.  Extending SNAP, with the funding which is necessary, is essential for maintaining our moral compass.

(Rosemary Jenkins is a Democratic activist and chair of the Northeast Valley Green Coalition. She also writes for CityWatch.)