“AGREED WITH MOST NC RECOMMENDATIONS” - In what was described as one of the most productive meetings of the past several years, members of the Neighborhood Council Budget Advocates backed many of the proposals made by Mayor Antonio Villaraigosa to cut city spending. 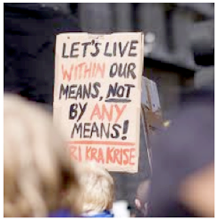 "The mayor looked at all our proposals and disagreed with only a couple," said Jay Handal, chair of the Budget Advocates committee. "We agreed with him that dealing with the structural deficit is the main challenge the city faces."

Aides to Villaraigosa agreed on the assessment of the meeting.

The mayor listened and engaged in discussion with the budget advocates," spokesman Peter Sanders said. "He clarified his position on some of the items but generally agreed with most of the Neighborhood Council Budget Advocates' recommendations."

Both are proposals made by Villaraigosa and City Administrative Miguel Santana, which have been proposed to the council members as part of the city's negotiations.

Also, the Budget Advocates committee urged the mayor to consider a veto on a proposal to create 11 exclusive trash franchise zones in the city. Santana has estimated that the proposal will cost the city an additional $20 million to $30 million a year.

"We told him it was unconscionable to take that much money off the table," Handal said. "He didn't commit anything to us, but said he would look at it."

In addition, the Neighborhood Councils urged a review of how the city bills for its ambulance and paramedic services to bring in more revenue.

"That's when paramedics respond to a call and help someone who doesn't need to be transported to a hospital. They are able to bill for the medical care. Los Angeles doesn't do that, which means the city isn't getting anything for the paramedic run. "

Other areas of agreement include the need to find more money to repair the city's infrastructure, particularly streets, as well as support for the new Economic Development Department.

Where the mayor disagreed with the Budget Advocates committee is in providing more funding for the City Attorney's Office, saying the group attorneys in the department were the only ones in the city to block efforts at saving money.

And, while sympathetic to restoring funding for the Department of Neighborhood Empowerment and restoring the $50,000 per year for each of the 95 neighborhood councils in the city, the mayor told the group it would depend on how much money is available this coming year.

(Rick Orlov covers City Hall for the dailynews.com. where this column first appeared. His Tipoff column appears Mondays. For a daily political fix, go to the Sausage Factory at insidesocal.com/politics. You can contact him at  rick.orlov@dailynews.com ) –cw