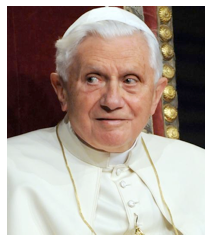 He did not just fail; his papacy has been a rolling disaster for the Church in the West.

He lost Ireland, for Pete’s sake, if you’ll pardon the expression. His version of Catholicism entered the public square and has been overwhelmingly refuted, rejected, and spurned by not just those outside the Western church but by so many within it.

And in his inability to rise to the occasion of unthinkable evil in the child-rape conspiracy – to clean house by removing every cardinal and every bishop and every priest implicated in any way with it – he has presided over the global destruction of the church’s moral authority.

By his refusal to face the fact of huge hypocrisy in the church over homosexuality – indeed to double down on the stigmatization of gay people, reversing previous gradual movement toward acceptance – he has consigned the church to what might well become an institutional tragedy.

Other than that, he was awesome.

(Digby is the pseudonym of progressive political blogger Heather Parton from Santa Monica, California who founded the blog Hullabaloo … where this commentary first appeared.)