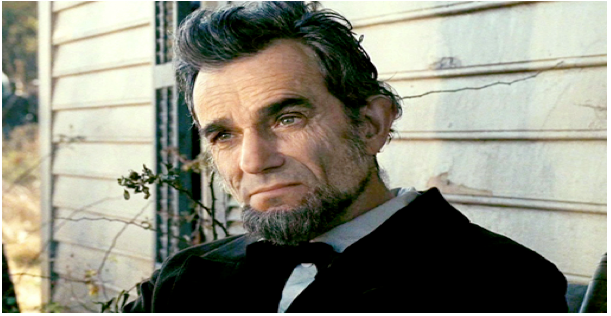 GUEST WORDS - We search through the lives of a few Americans to solve the mystery of who we are and how we, as a nation, should live. This is more true of Abraham Lincoln than perhaps any other American who ever lived. The new movie Lincoln haunts your mind for hours and days afterward.
That is the mark of a great movie. It is even more the mark of a great man.
The haunting quality of the movie is a tribute to its director Mr. Spielberg and the phenomenal actor Daniel Day-Lewis. But great directing and acting alone do not guarantee the lingering desire to know the subject of a movie. Only the subject of the story can do that. And Abraham Lincoln, as portrayed by Day-Lewis, will surely cause you to want to know Lincoln if you've ever spent time thinking about America and how and why we got to where we are.

Other nations have had their Washingtons, and a few even their Jeffersons. But I know of no other nation that has produced, or so needed, a Lincoln. Short essays are not the place to consider his complexities and complications. But he surely was one of the most phenomenal human beings, wrapped within such a humble frame, that the world has ever seen. You cannot come away from this movie within longing to have met him, listened to him, known him. Even so, during his public life he was reviled as an ignoramus and a gorilla.
And, of course, it is impossible to avoid the question of why there are no statesmen today, let alone no Lincolns. Leo Tolstoy wrote two long epilogues to War and Peace struggling with the question of whether the leader makes history or history and circumstance makes the leader. Who is to know. All we know is that Lincoln saved the Union, the United States of America. And he did so, as the movie so powerfully reveals, by insisting that the monstrous unfinished issue of our founding, slavery, be resolved once and for all by an amendment to our Constitution.
Like many great men and women, Lincoln was a private person. He used his wit, his command of language, and his stories as much to conceal his most inner feelings as to win, or avoid, an argument. This quality may hold a clue as to why there are no Lincolns today. For we live in an age which requires, demands, that our leaders reveal their most inner feelings, even in the case where authentic feelings may be lacking. It is impossible to recount the number of times a public figure is asked of even tragic events, "how did you feel about that?" It is all about feelings and emotions not truth and right.
And perhaps we have no Lincolns because we have lost the ability to employ the power of language to move history. In an age of speech writers (almost all of whom are younger than the speaker and none of whom have ever been elected to office), it is impossible to imagine anyone on the public scene who could compose one sentence of the Gettysburg Address or the Inaugural speeches. When the quiet inner compass is lost and language loses its meaning and power, leadership disappears.
Human history being what it is, it is impossible to avoid the conclusion that, sooner or later, perhaps when we today are gone, a great moral confrontation will occur, where right must face wrong, where our unity as a nation will be tested, when our very character and soul as a people must be defined and the need for an Abraham Lincoln will urgently arise. Will he or she be there?
Will we know that unique person when he or she slowly stands and says, [Many] "years ago our fathers brought forth on this continent a new nation, conceived in liberty, and dedicated to the proposition that all men are created equal."
(Gary Hart is a former United States Senate, is extensively involved in international law and business, as a strategic advisor to major US corporations, and as a teacher, author and lecturer. Follow Gary Hart on Twitter: www.twitter.com/gary__hart This blog was most recently posted at huffingtonpost.com) Photo Credit: Lincoln the film.
-cw
CityWatch
Vol 10 Issue 94
Pub: Nov 23, 2012