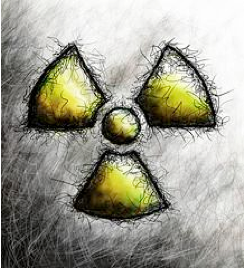 OTHER WORDS - Back in July, an 82-year-old nun and two fellow peace activists breached the security at the Y-12 nuclear weapons facility in Tennessee. The red-faced federal officials who subsequently promised thorough oversight proclaimed they had "no tolerance" for that kind of negligence.

Since then, it's only gotten worse for the Department of Energy and its National Nuclear Security Administration — the semiautonomous agency in charge of securing nuclear materials at our national laboratories and weapons production facilities.
An inspector general's report found that a Y-12 security contractor got caught cheating just before a security performance evaluation administered after the break-in. Then last month, Nuclear Weapons and Materials Monitor and the Albuquerque Journal reported that a new and expensive security system at the Los Alamos National Laboratory in New Mexico is so botched it may require Congress to rescue it with up to $41 million in emergency funding.
The federal government did go ahead and fire that Y-12 security contractor, Wackenhut Oak Ridge. But that doesn't address its role in loosening oversight of the contractors who run our nuclear facilities. The hands-off approach to contractors championed by Energy Secretary Stephen Chu is one of the reasons why we're facing a security crisis in our nuclear weapons complex.
Y-12 houses 300 to 400 metric tons of bomb-grade uranium, enough for tens of thousands of nuclear weapons. The Energy Department has repeatedly claimed that the security at the Tennessee site is robust enough to defend against more than a dozen heavily armed terrorists with inside knowledge of security procedures.
Really? Then how did an 82-year-old nun and her 63-year-old and 57-year-old accomplices manage to cut through three fences and hang a banner on the most sensitive storage building in the entire complex?
To make a bomb as devastating as the one dropped on Hiroshima, all a terrorist needs is 17 pounds of nuclear material. Think about it.
The situation at Los Alamos is just as troubling. The National Nuclear Security Administration warned the contractor as early as 2010 that a new security project was in danger of being late and over budget. And now, two years later, the agency is demanding that the contractor fully disclose all of the project's problems and show that the nuclear materials stored at the New Mexico facility are safe.
Good idea. But how did the project get this far and so over budget when the agency with oversight power has an office right in Los Alamos that's supposed to oversee the contractor?
It really looks like the Energy Department and the National Nuclear Security Administration take their orders from contractors and provide little or no oversight. When he ran the contractor-operated Lawrence Berkeley National Laboratory, Secretary Chu made clear his disdain for federal oversight, according to conversations I've had with Energy Department insiders.
Keep in mind, however, that the nuclear weapons complex suffered from shoddy oversight for years before the nun and her accomplices made their chilling statement.
My organization, the Project On Government Oversight, questioned security at Lawrence Livermore National Laboratory in 2008. Our fears were proven true when the lab's security test force subsequently and disastrously failed three different mock terrorist attack scenarios.
After the failed tests, the National Nuclear Security Administration decided to remove the uranium and plutonium stored at Livermore.
Oak Ridge National Laboratory, which houses more than a ton of bomb-grade uranium and is down the road from Y-12, is also pathetically guarded. The Knoxville News Sentinel published photos leaked by a whistleblower in January that showed a guard asleep at Building 3019, the key storage repository for this dangerous material.
Firing Wackenhut Oak Ridge, the contractor that had been in charge of security at Y-12 and Oak Ridge, isn't enough. The security contractor should be prevented from receiving future federal contracts, as well.
But firing and banning contractors are superficial fixes. The people calling the shots must be held accountable too.
Above all, there needs to be a seismic shift in the culture of the Energy Department and its agencies responsible for nuclear oversight. Clearly, a "hands off" approach to nuclear security doesn't work.
(Peter Stockton is a senior investigator for the Project On Government Oversight. This column was provided CityWatch by OtherWords.org.)
-cw
CityWatch
Vol 10 Issue 92
Pub: Nov 16, 2012