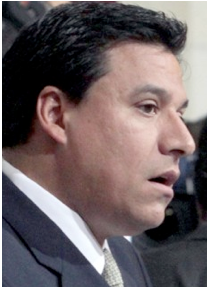 LA’S NEIGHBORHOOD COUNCILS - Councilman Jose Huizar called for a review of the “factual basis” definition of stakeholders in neighborhood council elections, and proposed that the councils be limited to designating no more than two board seats to be elected using this “y’all come” method.

It’s perfectly legitimate to conduct a review of how stakeholders are defined by the regulations that govern neighborhood council elections.  Every part of the regulations should be under constant review.

When the neighborhood council system was placed on the ballot in 1999, it was the beginning of an experiment in participatory democracy.  If there was one right way to design the plan, it would have been done that way.

The experiment continues, evidenced by the current discussion about how who should be a stakeholder, and the best way to hold elections.

After meeting for two years on this and other issues regarding the councils, the Neighborhood Council Review Commission decided that in order better promote public participation in government, anyone who simply declares an interest in a council should be able to vote.

It’s important to remember that the system was never intended to be a duplication of the “one man, one vote” representative form of government that we use to elect city council members.

The goal is get more people involved.  It’s perfectly reasonable that someone would want to volunteer in the area where they work in addition to where they live, where they grew up, and where their children attend school.

To use a time worn phrase, it’s a matter of whether you’re viewing the glass as half full or half empty.

The troubling part of the councilman’s motion is the part that proposed a limit on the number of seats that any neighborhood council may fill by allowing people to vote without having to meet the City Charter minimum qualification of living, working, or owning property in the area.

That part may even be illegal.  At a minimum it is counter to the philosophy of our participatory democracy system.

The City Charter prohibits City Hall from passing any rules that “restrict the method by which members of a neighborhood council are chosen ….”  Exceptions, of course, would be if those methods violated state or federal laws.

The designers of the City Charter knew that if “empowerment” were to mean anything, neighborhood councils must be allowed to govern themselves by determining their own borders, and figuring out how best to select their leaders.

By doing it his way, the people who know their communities best, the neighborhood council members, are able to design the method of governance that works for them.  That includes the ability of a council to welcome anyone who wants to vote to mark a ballot.

The worst of all the choices is for politicians and bureaucrats to impose a “one size fits all” rule on all  neighborhood councils.

I remember when the newly-formed West Hills Neighborhood Council was experiencing some growing pains.  Councilman Dennis Zine announced that he was going to run for a board seat to help straighten everything out.

Speaking as one, the board members told him that they could solve their own problems, thank you, and they didn’t need help from City Hall.  Zine’s name remained on the ballot, but at the last minute he announced that he didn’t want the job and was soundly defeated.

(Greg Nelson is a former general manager of the Department of Neighborhood Empowerment, was instrumental in the creation of the LA Neighborhood Council System, served as chief of staff for former LA City Councilman Joel Wachs …  and occasionally writes for CityWatch. He can be reached at gregn213@cox.net)
-cw