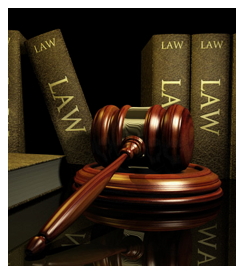 LA WATCHDOG - In an almost unprecedented action, Sodexo USA, one of the nation’s largest food service and facilities management companies with over 120,000 employees, filed a civil lawsuit under the Racketeering Influenced and Corrupt Organizations Act (“RICO”) against the 2.1 million member Service Employees International Union (the “SEIU”) in an effort “to stop the illegal campaign of extortion that the SEIU has been waging in the U.S.” against Sodexo since 2009.


While this lawsuit was filed in March, the real action began on July 27 when a Federal District Judge in Eastern Virginia ruled that Sodexo’s claims of extortion against the SEIU may proceed under RICO because the company “has stated a claim upon which relief can be had.”

This ruling has significant implications.  It will allow both parties to conduct extensive discovery as they prepare for a trial later on this year.  Discovery involves the handing over of all requested and relevant documents as well the opportunity to depose witnesses under oath, subject to perjury laws if they are not truthful.

Underlying this litigation is the SEIU’s goal to unionize the labor intensive food service industry and its three major employers, ARAMARK, Compass, and Sodexo.   At the same time, Sodexo alleges that the SEIU is seeking to exclude any other competitive labor unions.

But the SEIU, rather than proceeding through traditional organizing drives or labor negotiations, targeted Sodexo with “Clean Up Sodexo,” a corporate campaign designed to have Sodexo designate the SEIU as its exclusive bargaining agent for its non union employees.  This would have resulted in Sodexo remaining neutral in any effort to unionize its work force, the elimination of the secret ballot, the exclusion of other competing unions, and, most importantly, an increase in SEIU revenues of over $7 million.

Sodexo alleges that the SEIU threatened its executives and engaged in acts of “blackmail, vandalism, trespass, harassment and lobbying law violations designed to steer business away from Sodexo USA” in order to be named as Sodexo’s exclusive bargaining agent.

Needless to say, the SEIU will have a different understanding of the events of the last two years.

But that is for the court to decide in a rational and controlled manner, not in a threatening environment with overly aggressive paid pickets or by politicians that have been the beneficiaries of overly generous union campaign contributions.

As part of its complaint, Sodexo alleges that the SEIU and their employees interfered with its business, costing hundreds of millions in lost revenues.  And if the SEIU is found to have violated the RICO statute, the union, and ultimately its members, is liable not only for Sodexo’s legal bills, but for triple damages that could exceed $100 million and possibly considerably more.

In its complaint, Sodexo indicated that certain inappropriate actions occurred in Southern California involving, among others, the County’s Department of Health Services, Hollywood Presbyterian Medical Center, and Loretta Sanchez’ meddling with the awarding of the contract for the 20 Marine Corps garrisons located on the West Coast.

These and other episodes will make for very interesting discovery and depositions.

The City of Los Angeles may also be impacted since one of its major unions (SEIU721) is a local affiliate of the SEIU.  And if the SEIU has to pony up to pay triple damages, these City employees will more than likely have to contribute over and above the $17 million (representing about one-third of revenues from dues) that SEIU Local 721 pays every year to its “affiliates.”

Furthermore, if the SEIU is found to be criminal enterprise under the RICO statures, how will that impact Local 721 and its relationship with the City, its employees, and its voters, especially given the underfunded pensions (only 60% funded), our deteriorating infrastructure, the overly generous employee benefits, and the unbalanced “balanced” budget?

Stay tuned. Discovery and depositions under oath can be very revealing and make for interesting reading.

(Jack Humphreville writes LA Watchdog for CityWatch He is the President of the DWP Advocacy Committee and the Ratepayer Advocate for the Greater Wilshire Neighborhood Council. Humphreville is the publisher of the Recycler -- www.recycler.com. He can be reached at: lajack@gmail.com ) –cw