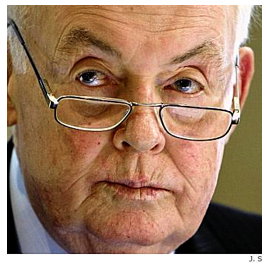 LABOR DAY 2011 - As Labor Day 2011 nears, unions in the United States face desperate times.
With private sector membership in the single digits, public employees under siege, and a President who refuses to fight for labor’s agenda, the labor movement must make a radical break from the status quo.

But unlike sports teams that fire managers, coaches and general managers for steadily losing seasons, or corporations who dump top execs who fail to increase profits, unions keep their leadership despite poor results.


Fifteen years ago, John Sweeney and Andy Stern vowed to retool the labor movement for the 21st Century; the former became the type of entrenched interest he once railed against, while the latter now promotes corporate tax giveaways and earned $116,094 for six months of service on pharmaceutical giant’s SIGA’s Board.

The generations that have long controlled major international unions have failed. Labor either opens itself to fresh leadership with new ideas and strategies, or continues its steady decline.

The United States labor movement has declined for decades, but what separates Labor Day 2011 from the past is the lack of prospects for change.

The once bright hopes for major federal labor law reform that accompanied Obama’s election are dead, and now labor sees it as a major victory just to keep collective bargaining and a functioning National Labor Relations Board.

If unions were results-based enterprises, virtually all of the international leadership would have been replaced after the 2010 elections. After all, they did not deliver for members after the sweeping 2008 election victories, and their failures helped put anti-union forces like Scott Walker in power.

But international labor unions are impervious to leadership change. Leaders stay in power despite a lack of success, preventing the infusion of the new ideas and fresh talent necessary for growth.

Where are the Reformers?

When the Meany-Kirkland regime led the AFL-CIO, a group of prominent reformers emerged promising a new direction for the labor movement. John Sweeney’s election to replace Kirkland in 1995 galvanized labor activists, and soon brought many talented organizers into union struggles.

Labor organizers got younger and more ethnically and sexually diverse after Sweeney’s election, but the international leadership remained an almost exclusive club of older white men. Sweeney personified this, becoming head of the AFL-CIO at 61 and then staying on until age 75.

When Sweeney failed to make the sweeping changes reformers sought, SEIU’s Andy Stern became the labor movement’s symbolic agent of change. While some always doubted Stern’s approach (and the number claiming this has grown exponentially in recent years), he made SEIU a happening place and built its reputation as “America’s fastest growing union.” SEIU was among the unions that brought some of the best and brightest activist talent into the labor movement from the late 1990’s through 2008, boosting hopes for labor’s future.

Stern was an outspoken critic of labor’s past, and constantly preached the need for unions to retool for the 21st century. The troubling implications of his words did not become widely understood until 2008, but until that time many appreciated a labor leader willing to acknowledge that business as usual was not a viable labor strategy.

Today, we hear few if any union leaders speaking about the movement’s inadequacies. Nor do we hear from influential labor insurgents challenging the AFL-CIO’s lack of vision and coddling of President Obama. The excitement that drew highly talented young activists to union organizing has dissipated, replaced by a cynicism largely born from SEIU’s “civil wars” against its UHW local and former close ally, UNITE HERE.

Labor is now viewed by many young people as representing division, conflict and top-down decision-making. The movement risks losing the next generation of potentially great young organizers. Meanwhile, its over-60, primarily white male leadership stays the course, content to keep power while the movement shrinks around them.

Many talented activists who joined labor in the late 1990’s or later remain in mid-leadership positions. They represent the best chance for the movement’s future growth, but may never get the opportunity to rise to top leadership. Many likely see warning signs in the career of Richard Trumka, who was a dynamic young leader of the United Mine Workers at age 33 but was kept waiting fourteen years under John Sweeney before finally becoming head of the AFL-CIO at age sixty.

Labor rewards those who wait. But those whose advancement depends on their willingness to wait may not be the most visionary or talented.

We used to have many Ed Sadlowski-type union reformers (his 1977 USWA campaign stirred the left) whose dissenting views took concrete form in insurgent election challenges. Reformer Sandy Pope of the Teamsters is a throwback to those days, but most unions retain such undemocratic presidential election structures that internal challenges are deterred.

Despite the many obstacles, the talent exists within labor for its revival. With the clock ticking on labor’s power in the United States, let’s hope Labor Day 2011 provides a wakeup call for current leaders to give the next generations a chance.

(Randy Shaw’s most recent book is Beyond the Fields: Cesar Chavez, the UFW and the Struggle for Justice in the 21st Century. [link] This article appeared first at beyondchron.org) -cw