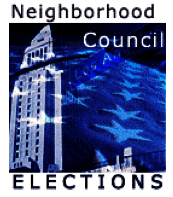 PERSPECTIVE-BongHwan Kim, the general manager of the Department of Neighborhood Empowerment (DONE), supports a concept requiring a neighborhood council to attain and maintain a 1% turnout of registered voters in order to seat a board.  (See Joseph Mailander article in CityWatch above)

Council Member Paul Krekorian acknowledged the embarrassing low turnout evident in many NC elections, but did admit the same is true for all levels of local government .

Neither Kim nor Krekorian mentioned the lack of money available to NCs to publicize and run an election.  The Los Angeles City Clerk was supposed to conduct outreach on behalf of NCs in the last election cycle but did nothing – zip, nada – despite taking $5,000 from each council’s budget for that purpose.

If NCs had a fraction of the money City Council candidates spend on a campaign, they could generate more votes.  Mr. Krekorian should know that. He spent $771,000 [link] to defeat Chris Essel in the special election for CD2 back in 2009 (Essel had double the expenditures).  Twenty-thousand votes were cast, which represented a 16% turnout in the runoff. In the primary, the total was sixteen-thousand ballots representing 13%

It’s not just the lack of money to market an election.  Stakeholders know that NCs are advisory bodies and do not legislate.  It is harder for the average voter to get excited when they know their votes will have little impact on city politics.

The sad fact is most City Council members and the mayor ignore input from the councils on any issue of significance because, unlike public unions and other interests, NCs as bodies cannot endorse or make campaign contributions.

The City Council knows it can suffocate the system by ignoring it and by continuing to saddle the volunteers with a hapless layer of oversight – DONE.  So why not throw another impediment out there?

Instead of proposing a voter turnout requirement, DONE should be pushing for increased publicity for the system by the city.  Of course, there is no money for that unless you eliminate DONE and allow an autonomous board elected by NC members to plan and oversee outreach programs with the savings. There are well qualified members who could put Kim’s salary of $155,000 to better use.

But Kim only knows one-size-fits-all solutions - that without the resources to assist or restructure the most troubled NCs - will lead to the demise of most of the system.

It is bad enough he can barely manage DONE; perhaps he should propose solutions for his own department’s problems first.

(Paul Hatfield is a CPA and serves as Treasurer for the Neighborhood Council Valley Village.  He blogs at Village to Village and can be reached at:  [email protected] ) –cw