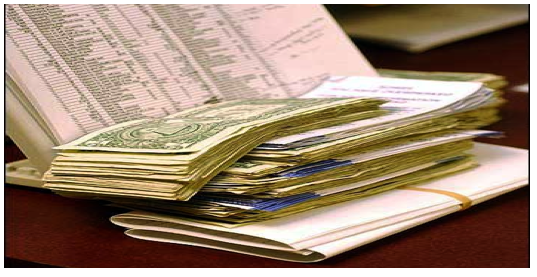 RETHINKING LA - LA’s recent Red-Light Camera debacle had nothing to do with traffic control and everything to do with a municipal government that has a track record for exceeding its authority and for levying fees, fines, and judgments on its residents that exceed the law.

The City of LA’s Police Commission and City Attorney have both acknowledged that Red-Light Camera enforcement of traffic violations fails to meet the legal standard for prosecution, but in a clear demonstration of the simple fact that they don’t get it, the City Council debated the issue based on the profitability of the program.


LA’s Red-Light Camera scheme was responsible for generating 180,000 tickets over the last seven years but, as CM Englander bemoaned, 65,000 of those tickets went unpaid. CM Rosendahl continued down the wrong path when he pointed out that the program cost the City of LA $1.5 million per year.

Missing from the debate was a simple discussion of LA’s right to cite and penalize in excess of law.

While opponents of the Red-Light Camera program are celebrating its demise, it should be noted that this cost-recovery scheme is not an exception but is the rule, part of a larger pattern that sees the City of LA prey on its residents as sources of income.

A couple of years ago, the City of LA’s right to collect a 10% communications tax on cell phones was challenged and with good merit. Laws written during the age of telegrams and rotary phones were being used to justify a tax on Angelenos that resulted in $270 million per year, quite a heavy return for such light legal authority.

Realizing that the pending legal challenge to the 10% tax could spell financial doom for the City, its leaders embarked on a PR campaign and offered the people of LA Measure S which would “reduce” the tax to 9%, also rewriting the code so that it included any device or technology used to place calls, thus anticipating any technological advances in the future.

The City’s PR campaign worked and the voters approved a 9% tax on communications, selecting a “reduced tax” over an “illegal tax” and demonstrating that City Hall can still spin ‘em! Whew! Financial crisis averted!

During the controversy over the Red-Light Camera program, City Hall did what was best for their pocket book, preening and posturing as if they were doing what was right when the decision was simply based on what was most cost-effective.

With the Communications Tax, City Hall again did what was best for their pocket book, positioning a 9% legal tax over a 10% illegal tax as a benefit to the people when they were actually legitimizing an illegal tax.

LA’s liability for any tickets written under the illegal Red-Light Camera program hasn’t been challenged yet but there’s a court battle being fought over the Cell Phone tax collected by LA  prior to the passage of Prop S, one that could cost the City of LA hundreds of millions of dollars.

There’s no doubt that LA has to pay its bills and that LA’s residents are obligated to pay for the services that it receives. But at no time does this simple relationship result in a carte blanche for City Departments to levy fees, fines, and penalties that exceed their authority under the law.

Consider the Department of Transportation’s track record for entering the private property of an East Hollywood property owner during the middle of the night to cite motor vehicles parked on a cement parking space. These citations took place over the course of several years and it was only the tenacious resistance of the property owner that resulted in the LADOT acknowledging that it had no jurisdiction.

The LADOT churned out two tickets per visit on a single resident, forcing the property owner to spend an inordinate amount of time fighting a Pyrrhic battle that consumed incredible amounts of time, demonstrating the flaw in a cost-recovery system that rewards complaint-driven City Departments that generate revenue, not justice.

Consider the Department of Building & Safety and its track record for uneven application of the law, one that is selective in its enforcement and loose with citations, fees, and penalties. Claiming the protection of a complaint-driven process, Building & Safety is able to justify its myopic application of code, one that underscores all that is wrong with the City Attorney’s ACE program. Selective enforcement is not justice, its revenue enhancement.

Consider the Department of City Planning and its claim to fame as a department that is almost fully funded through cost-recovery measures, a mandate of the Mayor’s that is responsible for turning departments into predatory parasites that consume the host.

City Planning sells variances; it’s as simple as that. When Building & Safety cites a resident, it levies an initial fee for the experience, approximately $350. As the resident embarks on the bureaucratic journey, the next fee is $550 that is levied when they take too long to successfully navigate City Hall. Eventually, they are told to pay $4800 to City Planning for a variance and all is forgiven. This is simply complaint-driven tolls that have nothing to do with public safety, just revenue.

Consider the Los Angeles Housing Department and its creative approach to the generation of revenue. Upon receiving a complaint, they conduct an investigation and charge the property owner a complaint inspection fee of $169 plus a processing fee of $32.50 and then levy an additional penalty of $503.75 if the bill isn’t paid within 30 days. Harsh!

The LAHD charges $128 for an appeal and has a track record for cyclical behavior that requires the property owner to meet with inspectors and hearing officers, all while generating inspection fees, processing fees, and late fees, regardless of the outcome.  A property owner may prevail if they are willing to invest the time but it’s a lose-lose proposition. Pay the fees and move along, there’s no justice here!

Consider the Bureau of Engineering and its authority to issue permits that are then overseen by the Department of Building & Safety and can require a variance from City Planning and are inspected by LAHD if they are for rental properties and incur the wrath of the LADOT if there is an opportunity to cite vehicles, all resulting in a bureaucratic maze that charges the property owner every time they pass “Sorry, that’s not within our jurisdiction!”

Consider the City Attorney, defender of the cost-recovery scheme and proponent of an even leaner, meaner complaint-driven Administrative Citation Enforcement program that would speed up selective enforcement and revenue generation at the expense of justice.

While the City Attorney’s office refines its ACE program and embarks on its PR tour of neighborhood councils, it also continues to support the City Hall toll collectors by issuing threats that come with a penalty of $1,925 and warn that non-compliance can result actions that include “Seizing property, Attaching wages, Additional court actions.”

There are enough threats to the quality of life in Los Angeles without having cost-recovery predators levying fees and fines that exceed their authority under the law.

LA’s bureaucratic machine argues jurisdictional limitations when it’s time to perform but then duplicates the fees and penalties when it’s feeding time.

Mayor Villaraigosa’s cost-recovery mandate is not only limited by law, it is limited by common sense. Departments that dispense city services based on the potential for cost recovery will favor those who can afford the fee, will penalize those who fear the fee, and will break the backs of those who play by the rules.

This is no way to run a Great City.