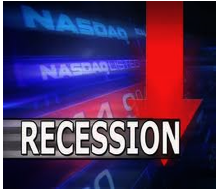 ALPERN AT LARGE - Just because we have a tendency to kid ourselves about today’s ugly realities doesn’t make the ugliness go away.  Are we in a Recession, a painfully slow Recovery, a pending Double-Dip Recession…or just a plain, awful Depression?

Fear mongering does nothing helpful, but neither does self-delusion.  Two rather interesting (but sad) phenomena have blocked our way to economic recovery from the Great Recession of 2008: the shortcomings of our current efforts to jump start the economy, and the shortcomings of our data gathering that’s hidden how fragile our nation has been with respect to jobs and upward mobility for the past fifteen years.

Either way, ten items are key, among others, that indicate we’re not out of the woods…and that we’ve yet to successfully confront and resolve what’s needed to restore a healthy, vibrant economy:

1) The national debt:  $1 trillion-plus a year in deficits, and we can’t cut anywhere?  We can’t do things for less?  We can’t prioritize?  We’re really going to convince Americans to spend more taxes without confidence the taxes will be spent well?

2) We still spend too much on ill-advised safety net spending that interferes with self-sufficiency and prevents both a balanced budget and ensuring the truly needy are protected. (Link)

3) We’ve had unemployment and, in particular “underemployment” for years with respect to upward mobility in pay, benefits and pension/retirement plans for years…perhaps as far back as the Clinton Administration.  Both Republican and Democratic governments alike have dramatically under-reported unemployment and underemployment, and the trend to do so doesn’t appear to be abating. (Link).

4) Is the “do-it-yourself” economy a bad or good thing?  Is the “cash and carry” world of today inevitable, deplorable or both?  Whether it’s high-deductible health plans (link) or increased 529 Plan  contributions because of increasing college tuitions (link), it’s best to forget about your employer or government protecting us…because we’re on our own.

5) Too much of our education funding is going towards either inefficient construction/operating expenses, worker pay and benefits (link), or other agendas that leave our children forced to do without (link) and leave taxpayers agonized over whether to pay yet even more taxes into this troubled system.

6) While ongoing special tax breaks for oil companies (am I the only one that cannot stand those Chevron radio commercials that treat us like we’re idiots?), similar special tax breaks for “green energy” companies are similarly ongoing and likely to expand in scope…without doing anything to lower the energy costs that will bleed us all for years to come.

7) While the California Chamber of Commerce bemoans the cost of doing business in California (with businesses fleeing the state for years now), the Assembly (supported by labor) just passed a 5-year extension of film/TV tax credits. (Link).

So…is the problem that the Chamber of Commerce isn’t lobbying as well as Hollywood, or do we just have an inconsistent business policy in the Golden State?

8) Confidence in our local and state governments continues to be shattered by new revelations of gross abuse on the part of necessary and trusted employees, such as L.A. city building inspectors. (Link)

9) While both major political parties have failed to promote policy that keep excessive, cost-ineffective and inefficient CEO pay down to manageable and sustainable levels  (link), Republicans are capitalizing on our economic woes by laying off necessary city workers while Democrats are pandering to them by supporting salaries, pensions and benefits that are equally unmanageable and unsustainable (link)

Again, confidence in our local and state governments continues to plummet.

10) And, of course…our housing industry isn’t going anywhere, home prices will continue to slump, and owning a home appears to be joining the concept of owning a car as a nice thing to have instead of a vehicle to get rich by selling it to some other sucker for more than what it was previous sold for. (Link).

Perhaps we’ve been in a Depression for some time, and the year 2008 was merely a moment of clarity that, yes, the emperor really had no clothes (the emperor being our city, state and/or nation).  Either way, it’s a doggone shame that the pain will apparently continue to last for years (and for some of us, with more pain than others).

But, while we acknowledge and mourn the passing of the war hero Paul J. Wiedorfer (link), we can leave our last Memorial Day Weekend knowing that we all, each and every one of us, can resolve to do “what had to be done” and stop lying to ourselves.

After all, acknowledging the crises exist (and still exist after years of talking about it) is the first step to solving them.

(Ken Alpern is a former Boardmember of the Mar Vista Community Council (MVCC), previously co-chaired its Planning and Outreach Committees, and currently cochairs its MVCC Transportation/Infrastructure Committee.  He is co-chair of the CD11 Transportation Advisory Committee and chairs the nonprofit Transit Coalition, and can be reached at Alpern@MarVista.org.    The views expressed in this article are solely those of Mr. Alpern.) -cw