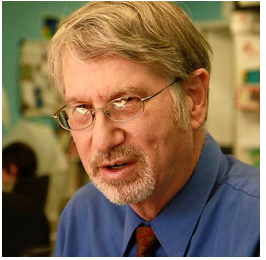 CITYWATCH - It’s official now. The first LA neighborhood council activist has been elected to office. The distinction belongs to Bennett Kayser who defeated Luis Sanchez a couple of weeks ago for a seat at the LAUSD board table.

A number of NC folks have tried. Some have come close. Kayser is the first … and as he notes: he won’t be the last.

Historically, education has been a frustrating issue for NCs. Always a high priority for LA’s neighborhoods but with councils being city ‘agencies’ and the LAUSD a County body most councils have yet to figure out how to advise and influence education. With Kayser on the school board that could change.

He already has some ideas. Kayser says that each school has a School Site Council now. He would like to get School Site Councils and neighborhood councils connected as a first step toward eliminating the perceived wall between education and NCs.

Neighborhood councils are not his only success to come out of his Charter Reform experience. He was responsible for including a section in the Charter that guarantees equal benefits for domestic partners and married couples and at least a living wage for City employees and contractors.

What prompted Kayser to run for the LAUSD board? It wasn’t neighborhood councils. He told me that two years ago, when he was teaching science at Irving Middle School, funding support had dropped to pitiful $1.95 per student per year. It was yet another social battle that Kayser couldn’t resist.

And, he did it the right way. He ran a serious campaign. He looked for support and the support provided campaign capitol. Kayser was the union-backed candidate … running against the Mayor’s standard bearer.

But, back to neighborhood councils. As former Department of Neighborhood Empowerment GM, Greg Nelson, points out, this might be a good opportunity for Kayser to do two things right off: “Begin infusing NCs into the school board system … perhaps by ensuring that councils get advance notice on meetings and agendas as they do from the City … and to get the school board to do what City Hall has not done, open up their meetings and process to more transparency and public participation.”

So, neighborhood councils, in a way, have scored yet another milestone. One of their own elected to public office. And, as Kayser said, he won’t be the last.

The question now is: will NCs find a way to take advantage of having one of their own at the education table?