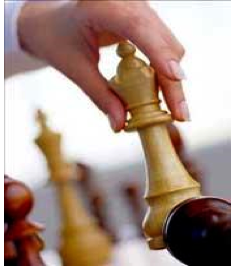 LA WATCHDOG - There are three parties that have a vested interest in the proposed increases in our water and power rates: our Department of Water and Power; the Ratepayers; and the City … the General Fund, and our Elected Elite and their cronies.

Ratepayers understand that their water and power rates are going to increase, primarily because of the need to repair and maintain the infrastructure of the water and power systems as well as the many environmental and regulatory mandates.

For the Power System, the key mandates relate to the requirement for 33% Renewable Energy by 2020 and Once Through Cooling (“OTC”) rules related to the repowering of the in town gas fired power facilities.

For the Water System, key regulatory issues relate to water quality and open reservoirs, such as the Elysian Reservoir.

One of the key goals of DWP is to maintain its financial integrity and investment grade bond ratings, especially in light of the impending insolvency of the City. Over the next ten years, DWP is contemplating spending $60 billion on capital expenditures and operations and maintenance, a quantum leap from the current level of expenditures.

This will mean increases in our water and power rates, and even then, given the level of expenditures, it will be very difficult to maintain its current AA- (Double A minus) credit rating.

But in return for higher rates, Ratepayers have the right to expect, no demand, that the DWP is an efficient, well run, transparent, and accountable organization that is using our hard earned money in a prudent manner and in the best interests of the Ratepayers.

But that is not necessarily the goal of the Mayor and selected members of the City Council who view DWP as a cash cow for the General Fund, a piggy/favor bank for their pet projects, a dumping ground for excess City employees, or as a place of employment for their family and politically connected buddies.

However, as a result of the shenanigans associated with Measure B and its rejection by the voters, coupled with the fallout from the Mayor’s ECAF Fiasco and the subsequent overwhelming vote for Measure I and a Ratepayers Advocate, the affairs of DWP are prominent in the minds of Angelenos.

Of course, Ratepayers are reminded six times a year when we receive our ever increasing DWP bill.

Fortunately, the Energy and Environment Committee, headed by Jan Perry, has taken a proactive role by retaining PA Consulting to review the upcoming rate increases. As you may remember, PA Consulting did an excellent job in analyzing the 2010 increase in the Energy Cost Adjustment Factor and importantly, working with the Council Members throughout the process.

We also expect that the Council Members Krekorian, Koretz, and Cardenas (in Council District order) of the Energy and Environment Committee to continue to take an active role in promoting increased transparency and accountability on the part of DWP.

DWP has also been more transparent than in the past as witnessed by increased disclosure with respect to the Integrated Resource Plan, the Urban Water Management Plan, the draft of the Strategic Plan, and plans for Recycled Water.

The DWP has also pledged to conduct an open process involving the proposed rate increases, beginning at 9 AM on Saturday morning at City Hall where our new General Manager, Ron Nichols, and other members of DWP’s management will make a presentation to the Energy and Environment Committee and the DWP Board of Commissioners.

And over the last year, DWP has been working on lowering its cash requirements by revising the capital expenditure program and implementing a three year, $440 million reduction in operating expenses.

But we have not seen any behavior modification on the part of the Mayor and selected members of the Elected Elite.  Rather, they are more concerned about what the DWP can do to advance their self serving political interests.

Over the past several years, we have seen a 60% increase in the Power Transfer Fee that cost Ratepayers $95 million this year.  Ratepayers have also been burdened by the dumping of 1,600 City employees on DWP and the IBEW Labor Premium of $250 million.  And now the City is proposing to stick us with another $85 million associated with the Buried Reservoir in Elysian Park.

We are also seeing efforts by selected Council Members and the Mayor and his office to co-opt the Ratepayers Advocate by politicizing the Citizens Commission that is to be formed to select an Executive Director of the Office of Public Accountability / Ratepayers Advocate.

The City Council will also need to address the implications of the recently passed Proposition 26 on the proposed rate increases, the 8% Power Transfer Fee, and the various unfunded mandates that the City has imposed on DWP and the Ratepayers.

Ratepayers recognize that the Mayor and selected Members of the City Council have a blatant conflict of interest in reviewing the operations of DWP and the proposed rate increases.  But we are aware of the conflict.  Ratepayers have the right to demand an open and transparent process that holds our Elected Elites accountable, especially those that will be running for office in the next two years.

(Jack Humphreville writes LA Watchdog for CityWatch He is the President of the DWP Advocacy Committee and the Ratepayer Advocate for the Greater Wilshire Neighborhood Council. Humphreville is the publisher of the Recycler -- www.recycler.com. He can be reached at:   [email protected] ) –cw