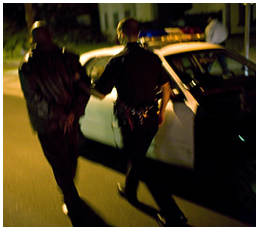 MAILANDER MUSINGS - Even while East Hollywood and Echo Park have witnessed the kind of violence in recent weeks that shakes a community (if it also has been all but ignored by the media), a friend in Los Feliz sends along a link from the WSJ: Why crime keeps falling.  [link]

(Well, never mind that to me the Wall Street Journal is the obliging right wing handmaiden of the interests of America's Most Wanted, its corporate CEOs.)

At the deepest level, many of these shifts, taken together, suggest that crime in the United States is falling—even through the greatest economic downturn since the Great Depression—because of a big improvement in the culture. The cultural argument may strike some as vague, but writers have relied on it in the past to explain both the Great Depression's fall in crime and the explosion of crime during the sixties. In the first period, on this view, people took self-control seriously; in the second, self-expression—at society's cost—became more prevalent. It is a plausible case.

The article talks in terms of race, as though race drives it all. It probably should speak of it in terms of economies. Crime as far as I can see is not far down in communities with healthy economies, where it has never been overly high anyway. But it is definitely down in less fortunate communities, whose economies are now far more integrated into the dominant economy than they used to be.

I was thinking last night of how different America is from even the time of the Clarence Thomas nomination, a scant twenty years ago. We don't have many Kweise Mfume figures, people with thorny backgrounds who have suddenly "reformed" and "made good." No, far more people of all walks are more cautious from the time they are younger.

Bourgeois culture has largely sufficiently penetrated/erased the gritty street--even if the street-s storefronts are boarded up. All that's left is Street Art, and even that has been commoditized (see the MoCA Geffen show, &c.).

One thing for sure: if crime is indeed down for sociological reasons, we should be thanking teachers, rather than vilifying them.

I rather liked Walter Moore's line during the "campaign" though: "The Mayor and Bratton are stepping on an escalator and taking credit for the movement."

I trust you had a thoughtful and meaningful Memorial Day.

(Joseph Mailander is a writer and an observer. He blogs at street-hassle.blogspot.com where this column was first posted.) –cw