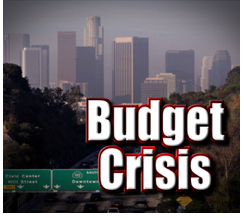 As a matter of fact, Mayor Villaraigosa has proposed $ 200 million to $ 450 million more than expected revenues in every one of his budgets (since 2006).

The City has exhausted most of its “one-time” solutions to balance these shortfalls and lacks a real basis or a real plan to address and prevent total “melt down” in 2011-2012.

The NCBAs seem to be the only truly independent voice of the people who receive City Services.    Unfortunately, there is not much evidence that the Mayor and City Council are really listening.

The NCBA message has focused more and more on primary administrative and business principles … undistorted by the legislative log jam, the political expediency and the inertia which now characterize Los Angeles government.

This year, the NCBAs are recommending a program of major, basic changes in LA City Government philosophy, policy and practices to bring about more opened and transparent administration with fair, consistent and sustainable administrative practices.

We look to the Mayor and City Council to provide the leadership which will restore our City’s dignity and fiscal integrity.

The NCBA s believe that the LA City Government must move from deferring its obligations (“kicking the can down the street”) to insisting on prompt payment of obligations to the City and real-time payment of City expenses.

Every year, for the past 5-6 years, the City has deferred (“rolled over”) about $ 250 million in Employee Salaries and City Service & Supply payments into the “next” fiscal year.

Every year, since 1997, the City has borrowed more and more money in July to pay for the lack of income which occurs between July and December each year.  This loan, called the Tax Revenue Anticipation Notes or TRAN, has become a necessity instead of just a “line of credit.”

The TRAN should not be a replacement of our City’s Reserve Fund.  Because it starts in July and is paid off before June 30th, each year, and because $ 750 million are transferred to the City’s two Pension Plans (and earn interest), the TRAN does not even appear in the Budget but the net interest on its debt service (principle and interest) is about $ 9 million of General Fund money.

The Mayor and City Council have made no effort to move revenue into the July to December time period and, thereby, diminish the $ 450 million used to keep a positive Cash Balance.

The NCBAs propose that at least $ 200 million of the DWP Power Transfer be paid in July instead of waiting until next April-May.

Further, the NCBA proposes an advance of  the Business Tax (over $ 400 million) from February to July-August.  These two measures would show our City Government’s intent to receive income and pay expenses in a timely way.

This year, the CAO and CLA have suggested that the City issue $ 42 million or more in Commercial Loans to pay our Salaries shortfall over a  5 year term.  The NCBA views this as perpetuation of an set or irresponsible principles.

(Jay Handal is the president and Daniel Wiseman is the secretary of the Neighborhood Council Budget Advocates Committee. NCBA members are elected by official representatives of Los Angeles’ neighborhood councils annually on Budget Day.) -cw