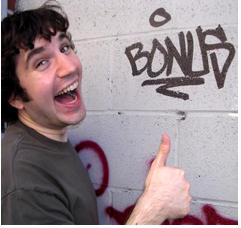 There’s nothing wrong with bonuses, but the criteria for awarding them should be based on performance

If a job requires official certification, such as a doctor, lawyer, engineer or accountant, why would you pay extra for someone to attain the credentials or maintain the skills required by the profession? How about one that requires marksmanship or handling hazardous substances?

You would expect that anyone applying for those positions would possess the qualifications to perform the jobs.

That’s not necessarily true with the city’s bonus compensation program.  According to Cavanaugh, police receive a bonus for earning the basic peace officer certification – the minimum requirement for serving as a sworn officer. She cites other examples as well.

To make matters worse, there are 300 bonus categories – all contractual – and the city is shelling out $150 million per year to cover them.

The sheer number of bonus categories makes it difficult to manage compensation costs, especially when there is very little predictability as to the cost from year to year.  That’s because bonuses are not at the discretion of management, but are based on actions or events beyond the control of the city.  In some cases, it is an employee’s own decision to pursue a course leading to a cash award.

Training should be encouraged and the costs covered by the city, within reason. Paying bonuses simply for earning credentials or improving skills has nothing to do with good performance.  There are incompetent employees in any field regardless of their credentials.

Special training or professional designations can and should be factored into consideration for promotions, but they should not be an end in themselves.

There also needs to be a cap on bonuses – say limited to a percent of  a department's base budgeted salaries.  Most important, though, they must be based on actual improvement to productivity and quality of service to the citizens.

(Paul Hatfield is a CPA and serves as Treasurer for the Neighborhood Council Valley Village.  He blogs at Village to Village and can be reached at: phinnoho@aol.com ) -cw