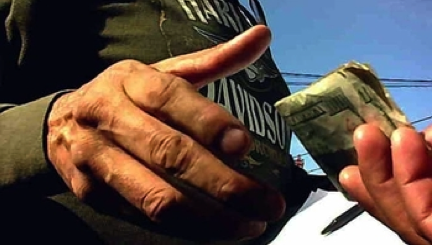 David Goldstein at KCBS, Channel 2, scored an interview with the head of the airports department that only fed into the public’s stereotype of governmental officials as being arrogant, smug, and self-serving.  Not good.

This followed closely on the heels of a Los Angeles Times story about traffic enforcement officers ticketing members of the media for abusing their special city-issued parking permits because the officers didn’t see any television trucks in the area, which of course meant that there wasn’t a legitimate news event occurring.

That was just last week.  And it’s just those who managed to get caught.

These melodramas always play out the same way.

It’s the media who catches the wrongdoers and exposes them.  Outraged city officials vow immediate remedies that often include overreacting by changing the system so drastically that the city ends up spending dollars to try and save pennies, and creating new layers of bureaucracy in the process.

By constantly putting itself in the position of reacting to scandals, City Hall has put a “kick me” sign on its back.

Instead what’s needed is for the mayor, who is in charge of the city’s departments, to regularly go through each city agency and kick the tires to find out where problems are likely to occur before they become the lead story on the eleven o’clock news.

The ladies who used the pool car at lunchtime aren’t evil people.  They likely did it because everybody else does it, and it’s something they’ve done before.  It’s part of the city hall culture.  There was a hole in the system that everyone knew about, but that no one wanted to close.

Within city government there is no reward for those who rock the boat.

It would be incredibly easy for the mayor to have his staff ask each city agency head to list all the things that could possibly create an embarrassment to the city.

Some could be illegalities.

The general manager of the Building and Safety Department had to know that it was possible that some building inspector could be taking bribes.  The discussion could then focus on what investigative and preventive measures are being or should be taken.

Some could be unwise choices.

The airport department’s chief executive officer could tell the mayor that she and her staff regularly buy business class tickets, that they never prepare any public reports about what they did and what they learned, and that if this became public the public reaction might not be one of approval.

That would allow the mayor to decide how public money should be spent, how much transparency is necessary, and how she should present herself when being interviewed by an investigative reporter on television who is more than happy to let her sound like Dick Cheney.

It could also generate a public discussion about how many and what type of perks city officials deserve.

Or neighborhood councils could lead the way by meeting with city department heads one at time and having these discussions with them in a public setting.

The City Charter doesn’t require much of neighborhood councils.  One of them is monitoring city services and having “periodic meetings with responsible officials of City departments subject to their availability.”

Yet, follow-up ordinances never explained what this provision really means.

Neighborhood councils could take command of their own future by scheduling these talks with agency heads, inviting the world to participate, and starting some serious tire kicking.

(Greg Nelson participated in the birth and development of the LA Neighborhood Council system and served as the General Manager of the Department of Neighborhood Empowerment. He also served as Chief of Staff for former City Councilman Joel Wachs. Nelson now provides news and issues analysis to CityWatch. He can be reached at: gregn213@cox.net.     This article was posted first by the LA Times. It appears here with permission of the author.) –cw