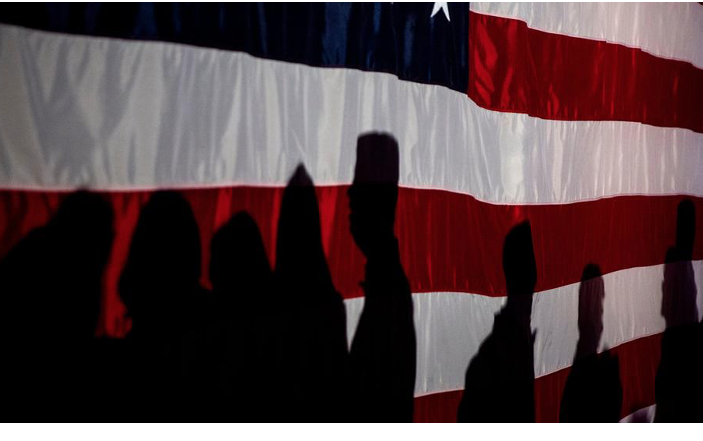 Lies are inevitable in a society which has been divided into factions of Good vs Evil, Right vs Wrong, Dem vs GOP.   The Dems and most GOP agree on one huge lie – the lie that we are a democracy. We are not!

Why We Are Not a Democracy

The Constitutional Convention could operate in secret because Harvey Levin had not yet invented TMZ, but that’s another story.  When the Founding Fathers had finished their work, someone asked Ben Franklin what type government they had formed and he replied, “A republic, if you can keep it.” Although they have similar features, a cat is not a dog.  Our government is a federated democratic republic. “Republic” is the noun and hence it is our form of government.  It has democratic features in that the people have opportunities to directly and indirectly elect their leaders.  In a pure democracy, however, whatever the majority decides is the law.  The danger of the tyranny of the majority is the main reason the Founding Fathers shunned forming a democracy.

Charlatans and Power mongers Hate a Republic but Love Democracies

Republics by their nature restrict and balance power, making it difficult for one faction to abuse others.  Our Republic has been slow to actualize the ideals in the Declaration of Independence, and it has been slow in diverting us from our predatory ways.  One should not fault the Republican form of government because it has not been swifter and more effective in excising hideous abuses from our society.  Because the Republic balances power against power, those citizens who are imbued with the passion to abuse also have their power centers.  Look at the abuse of Colin Kaepernick who silently took a knee to ask us Americans to live up to our better selves. Nonetheless, the Republic is why we have been able to make progress. All forms of government are imperfect, our democratic Republic has expanded the enjoyment of individual inalienable rights, which is the sole basis for a legitimate government.

Identity Politics Threatens to Replace the Republic with a Mobcracy

As Nancy Pelosi has enunciated and her actions have proven, she disdains the Republic and favors a democratic takeover.  That is the basis of her Identity Politics, i.e. when the minorities become the majority of voters, they will take what they want.  As Speaker of the House, Pelosi twice thwarted the Republic from its effective use of the impeachment process and instead she subverted it in order to make elections of paramount importance.

The Folly of Pelosi’s Attack on the Republic

Minorities are far from the majority of voters and many minorities do not agree with Pelosi’s power lust. Those minorities who are more recent immigrants desire freedom.  They come from countries where liberty is barely given lip service.  They do not share Pelosi’s passion to divide the nation into minorities vs white people. (Of course, the GOP’s persistent anti-Black and Mexican stance locks minorities out of the GOP party.)

The other group which does not support Pelosi is Generic Whites (define the term as you will).  The anti-white Wokerism with critical race theory (CRT) promises to use the tyranny of the majority at the polls to take from Generic Whites whatever the minorities desire.  Pelosi’s Identity Politics stigmatize all Whites as racists.  According to White Privilege, if a White person has not actively engaged in racism, he has passively accepted the benefits.  Thus, his family should cough up slavery reparations.

As a result, Dem’s Identity Politics with its Wokerism is leaving Generic Whites little choice but to support the GOP despite its present kowtowing to the worst demagogue in American political history.

The reason Generic Whites will support the various states’ voter suppression bills is the direct threat by Pelosites to turn the nation into a democracy in order to use the ballot box to take whatever they wish.  The Dems’ Group Rights mania is reminiscent of the cold war arms race, where each side believes it must get as many arms as possible for the big show down.  It is also why the GOP trashed the constitutional process for Supreme nominations.

President Joe Biden is unlikely to recover from his January 11, 2022 speech on Voting Rights.  At the outset, he made certain that he is full divisive Woker.  He declared, “In the words of Scripture, they remind us to “hate evil, love good, and establish justice in the gate.”  In other words, the GOP are evil and we should hate them, while the Dems are good and just.  He then immediately reminds everyone of his divisive Woker speech on January 6, 2022, the first anniversary of the Capitol Insurrection.  Biden’s worst blunder on both January 6th and January 11th was to falsely characterize America as a democracy.  If the President does not know that we are not a democracy and that January 6th was an attack on the Republic, we are indeed in a civil war.

“The battle for the soul of America is not over.  We must stand strong and stand together to make sure January 6th marks not the end of democracy but the beginning of a renaissance of our democracy.” Biden Jan 11, 2022 (Biden did not mention that the nation is 14% Black and 13% of the House of Representatives is Black.)

The Role of Voting in a Republic

Because we are a democratic republic, voting is vital to express their consent.  The Wokers, however, have perverted the role of voting to a process where individuals express their opinion on policy, into a loyalty test based upon group allegiance. Of course, the GOP have engaged in this same behavior.  When a nation becomes divided in a group rights battle, both sides abandon honesty and integrity and will say and do anything to gain power.  “All’s fair in love and war.”

Nowhere Did Biden Even Mention the Republic

Biden’s speech jettisoned his own promise to be the president for “Your Family,” i.e., President for each American regardless of race, creed, color, etc.  Biden’s speech had one theme: Republicans are evil and Dems are good.