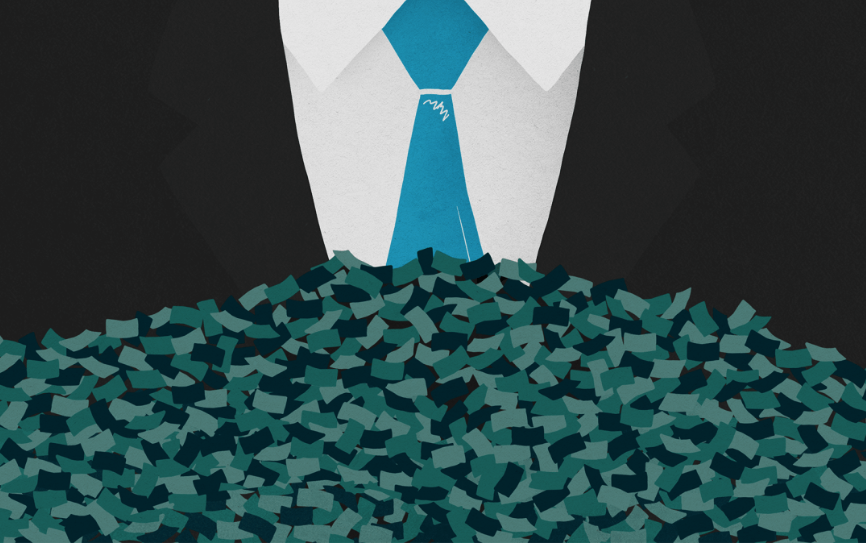 Behind the scenes, they’re hard at work to keep our elected officials from helping our country recover from the pandemic.

Poll after poll tells us that Biden’s plan is full of things people want: lower drug costs, greater access to health care, a green economy, and restorative investments in our communities. Three out of four voters support this infrastructure bill and budget, yet corporations are fighting tooth and nail to stop it. Why?

It’s because the wealthy few, after trillions in tax cuts and giveaways during the last administration, want inequality to be a permanent part of American life. They want the gap between them and us to seem normal — along with dirty water and air, rising temperatures, and unaffordable homes, education, and health.

People’s Action, my organization, refuses to accept this vision. We believe we can do better, together.

As the nation’s largest grassroots member organization, with more than a million members in 32 states, we see a future with room for all, where every one of us can thrive. But none of this will happen unless we make the long-delayed investments our communities need. The Build Back Better plan is a down payment on our brighter future.

In our new report, Behind The Curtain: The Corporate Plot to Upend Democracy, we zero in on who’s spending big to stop key parts of the Biden plan: including fairer taxes, drug pricing, health care, housing, and immigration, as well as big investments in green jobs and our environment.

We name the bad actors and show how they undermine our democracy and our economy. All across the country, our members are taking this message to the doorsteps of corporations to tell them we’ve had enough.

Twenty corporations and their associations — led by the U.S. Chamber of Commerce, Blue Cross Blue Shield, and the National Association of Realtors — have spent over $201 million on lobbying so far this year.

The pharmaceutical and health care industries alone — which oppose the Biden administration’s efforts to lower drug prices and expand health coverage —  have spent $171 million in 2021 on lobbying, more than any other industry. They employ 1,500 lobbyists in Washington — three for every member of Congress.

Meanwhile, people in the United States pay the highest prices in the world for prescription drugs and health care. That ain’t right!

A lot of attention has gone to the price tag of the Build Back Better plan: $3.5 trillion over 10 years. But that’s not deficit spending — it’s funded by reversing tax cuts for the very rich. And experts agree the package will pay for itself.

It will spur economic activity, unlike Donald Trump’s 2017 tax cuts, which add $2.3 trillion to the national debt. As a direct result of Trump’s giveaways, 82 ultra-rich families have been able to avoid paying over $1 billion in taxes, and many large corporations pay no taxes at all.

The Build Back Better plan will reverse Trump’s giveaways to raise money for expanded health benefits and a permanent Child Tax Credit. More savings come by allowing Medicare and the Department of Health and Human Services to negotiate drug prices, which will save $450 billion and reduce prices for branded drugs by 55 percent.

The United States is more unequal than ever. If we’re going to heal the wounds in our economy and our society, we need Congress and the president to deliver what the people want and need: assistance and investments so we can survive and thrive. That is exactly what the Biden Build Back Better plan does.

Our economy, our democracy, and our lives all hang in the balance. Make no mistake: the time is now. It’s corporations versus the people in this Build Back Battle, and it’s time for the people to win.

Sondra Youdelman is the campaigns director for People’s Action. She partnered with Dani Zessoules of Dēmos to create the report Behind the Curtain: The Corporate Plot to Upend Democracy and a national day of action against corporate influence over our democracy. This op-ed was distributed by OtherWords.org