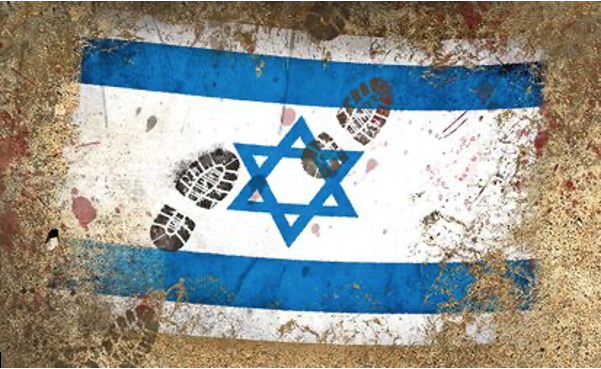 ALPERN AT LARGE-One of the greatest and boldest things the late Democratic President Harry Truman did was to recognize the State of Israel on May 15, 1948.

This was a controversial action in which President Truman listened to his key advisor Clark Gifford, and for which he crossed swords with an infuriated Secretary of State George Marshall.

Truman was no saint. He regularly did use racist language against Jews and Blacks; he did not wish to address the NAACP. Yet Truman was dragged into recognizing the statehood of Israel and speaking to the NAACP to proclaim civil rights for all citizens because he knew it was the right thing to do.

Democrats and Republicans alike had problems with Jews -- President Franklin Delano Roosevelt refused to let Germany exile their Jewish population, and hence the Nazis (National Socialist Party) in Germany came up with their "Final Solution" to kill all the Jews so they could get their hands on Europe.

Ever wonder why Democratic President Jimmy Carter got the idea to let in anti-Communist refugees from Vietnam and Cuba, from which the American economy has benefited for decades?

"Never again" was the mantra of Israel's formation -- and Democratic President Carter both succeeded in his Camp David Accords to bring Egypt and Israel to peaceful recognition of each other, while Democratic President William Jefferson Clinton came so close to a successful Oslo Accord between Israel and the Palestinians. . .

. . .which came on the heels of Israel supporting Muslim Bosnia against genocidal Serbia in their own conflict in the 1990s This happened because Israel maintained the "Never Again" policy, attracting the admiration of Muslims throughout the world.

Republican President Donald Trump recently achieved a host of Arab-Israeli recognitions and peace treaties between Israel and many of their Arab neighbors (and former opponents). But did American Jews recognize the Republican Party as the new defender of the Jewish state?

A ridiculous equivalency drawn between Israel and Gaza is coming from the Left, all the way up to President Joe Biden. Jews both in the United States and in Europe better figure what "Never Again" means as soon as possible.

It is no coincidence that a Gaza-Israel conflict occurred within months of the beginning of the Biden Administration, after years of Gaza and Iran having been forced to obey American and Arab demands to behave.

Who knew that roughly 70 years later, Democrats would be turning a blind eye to pro-BDS labor  and teachers unions?

The acceptance of Leftist anti-Jewish sentiments (more than just anti-Israel) is horrifying.

Their educational and factual premises and their rewriting of history are all entirely wrong, and Jews both in the United States and in Europe better figure what "Never Again" means as soon as possible.

When Google reassigns (but doesn't fire) global diversity lead Kamau Bobb, Jews both in the United States and in Europe better think about what "Never Again" means.

Jews in the United States and Europe should decide what "Never Again" means soon because American Progressives are terrifying Jews into having to confront a "new normal” of terror over wearing kippahs and other Jewish attire.

Some of you reading this now will think that former President Donald John Trump got a raw deal with the claims of Russian interference in American politics. Some of you will think that President Trump deserved every criticism he got about foreign policy, and that the "right wing" is the source of anti-Israeli and anti-Jewish sentiment.

Sorry, readers, but the equivalency between Israel -- with rockets being fired on it from Hezbollah and Gaza/Hamas after giving up its southern Lebanon and Gaza buffer zones -- and those firing on Israel civilian centers while hiding behind civilian/school/hospital targets is based on a ridiculous equivalency coming from the Left -- all the way up to President Joe Biden.

. . .because the Jew/Israel-haters forget the many times Israel has reached out to Gaza, and actually gave Gaza its own independence. They forget how Muslim Egypt, as well as the Muslim Gulf states, despise the Gazan leadership.

Let's continue to support the dignity of all peoples. . .but to the rapidly endangered community of Jews throughout the world, let's remember the following:

(Kenneth S. Alpern, M.D, is a dermatologist who has served in clinics in Los Angeles, Orange, and Riverside Counties, and is a proud husband and father to two cherished children and a wonderful wife. He was termed out of the Mar Vista Community Council (MVCC) twice after two stints as a Board member for 8-9 years and is also a Board member of the Westside Village Homeowners Association. He previously co-chaired the MVCC Outreach, Planning, and Transportation/Infrastructure Committees. He was previously co-chair of the CD11 Transportation Advisory Committee, the grassroots Friends of the Green Line (which focused on a Green Line/LAX connection), and the nonprofit Transit Coalition, and can be reached at [email protected] The views expressed in this article are solely those of Dr. Alpern.) Image: Drew Dzwonkowski / New York Daily News.