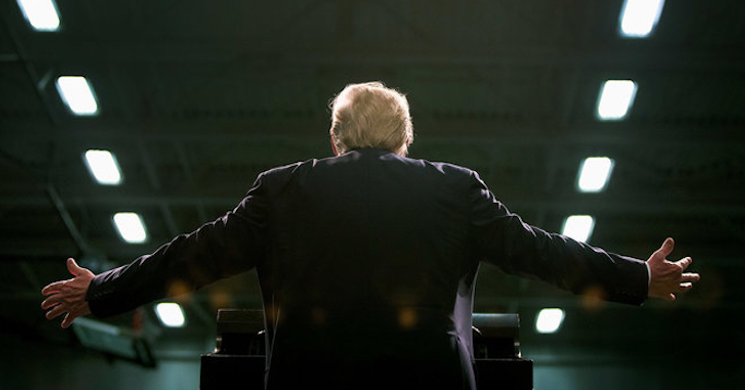 You may be hearing clips of that conversation. But no American should miss the whole mobster rant that Trump has clearly aimed at us all.

Sounding like a “Godfather” hit man, Trump verbally derides himself for having supported Brian Kemp, the KKK-style governor who stripped the state’s voter rolls in 2018 to defeat Stacy Abrams. (Trump trashes her too.)

But Kemp won’t hand Trump Georgia’s electoral votes. Nor will Secretary of State Ken Raffensperger, himself a bigly vote purger.

Kemp and Raffensperger did all they could to prevent Georgians of youth and color from voting this fall. The huge lines marring the January 5 runoffs for U.S. Senate have underscored their strategy of making it as hard as possible for “undesirables” to cast a ballot in Georgia.

But the Prez needs about 12,000 votes to steal the Peach State’s Electoral College delegation. He treats them all like cheap chips from the Don’s bankrupt casinos.

The criminality is breathtaking. . .and historic. Richard Nixon taped his own racist, antisemitic Oval Office trash talk. He faked a refusal to offer his Watergate thugs a million-dollar bribe, saying “it would be wrong” while scheming to shut them up.

Meanwhile, he slaughtered thousands of American soldiers and untold Vietnamese in a hated war he’d promised to end.

In the hour Trump used to promise Raffensperger cement shoes, 100-plus Americans died from his virus. He, Giuliani, Brazilian dictator Jair Bolsonaro, UK’s Boris Johnson, etc. got “magical” cures while the rest of us die in droves.

Watergate insider John Dean thinks the Donald leaked this tape himself. “When the story first broke I figured the GA Secstate recorded and leaked it,” Dean tweets. “After listening I believe Trump recorded it (his voice is always the strongest and clearest, and it sounds like a speakerphone being recorded). So the White House/DJT leaked it. Trump no doubt likes it!”

Trump says he’ll sue Raffensperger over the tape’s release. But it’s a fake cover for the message he wants us all to hear: I can say anything. I can threaten anybody. Your alleged democracy does not exist. Your beloved ballots are confetti. Cross me and you’ll pay.

He knows the uproar will enhance his hit-man image, then evaporate. The moderate Republicans that forced out Nixon are gone, replaced by fascist Klansmen who love his foul tongue and lynch-mob mentality. The federal prosecutor who could’ve pursued charges has already quit. The core of the old Republican Party has long since kissed his ring.

Trump lost by seven million votes in November. Since then, he’s raised more than a quarter-billion dollars with no strings. He can pay off his mob debts. He can arm his thugs. He can call himself a “schmuck” for having backed a governor that now won’t steal a state for him. He has no intention of going away.

Kemp and Raffensperger are hardcore right-wingers. But to Trump, they embody the remnant “moderate” Republicans that ousted Nixon, another “surrender caucus” wimping out on his fascist coup.

The Don has served notice: This time, you will not be tolerated.

This hour-long rant and forever assault on democracy are the Mein Kampf of Trump’s class/race/age-based misogynist blitzkrieg.

It will not end on January 20th.