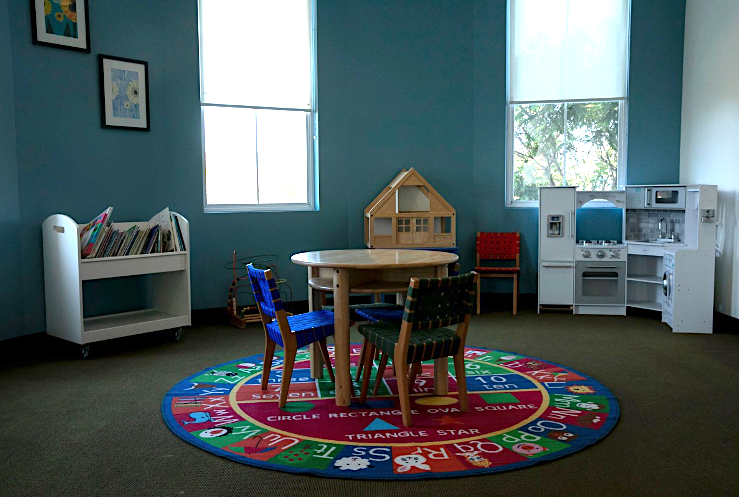 CHILDREN'S MENTAL HEALTH - The children keep coming. Some are rushed to the emergency room of Rady Children’s Hospital in San Diego harboring thoughts of suicide, others because they’ve tried — again and again — to hurt themselves.

Dr. Ben Maxwell, Rady’s interim child psychiatry director, worries that a long-brewing crisis is now morphing into a full-blown emergency. When Maxwell started at the hospital 10 years ago, he’d see an average of 40 children and adolescents arriving each month in a mental health crisis. The average these days is 400 or 450.

Many of these young patients wait for days in the emergency room. With a statewide shortage of pediatric mental health hospital beds, Maxwell has nowhere else to send them.

Around the state and country, other hospitals report the same: Children and teens are coming into emergency rooms in psychiatric crises, and then they’re getting stuck. The pandemic has only made it worse.

As the crisis unfolds in the state’s emergency rooms, a controversial bill that aims to help these children is awaiting the governor’s signature. AB 226, by Democratic Assemblymember James Ramos of San Bernardino County, would allow for creation of “crisis psychiatric residential treatment facilities” for children with Medi-Cal. These non-hospital settings would allow young people in mental health crises to spend a few weeks stabilizing before returning home.

Similar facilities exist in California to serve privately insured children. But they are not available for most children insured by Medi-Cal, proponents say, because there’s no way to adequately fund them.

“We need to do a better job making sure we’re equipped here in the state of California to respond when our youth are crying out.”

The bill before the governor would change that, allowing nonprofit organizations that specialize in children’s mental health a way to collect federal funds to operate crisis beds and treat the state’s low-income children.

Among the bill’s supporters are children’s mental health advocates, county behavioral health systems and providers like Maxwell. They say this new designation could potentially create a few hundred non-hospital residential beds around California for children and teens who are experiencing psychiatric emergencies, specifically the 40% of the state’s children currently insured by Medi-Cal.

“​​We need to do a better job making sure we’re equipped here in the state of California to respond when our youth are crying out,” Ramos said.

The facilities would also provide a less restrictive alternative to pediatric psychiatric hospital beds, which themselves are in short supply, proponents say. Of the state’s 58 counties, only 16 have inpatient mental health hospital beds for children and adolescents.

But the bill has critics among advocates for disability and foster children’s rights. They worry it will simply expand the most restrictive kinds of mental health treatment while failing to address the shortage of intensive outpatient mental health services and crisis services for children.

Some state departments have also pushed back. In a letter of opposition to the bill in July, the Department of Finance said that, given the bill’s general fund impacts — about $1 million a year — it should go through the budgetary process.

Concerns about children’s mental health in the state have been mounting for more than a decade. In 2017, then Gov. Jerry Brown signed a related bill into law. But because it did not come with a way to draw down federal funding for children with Medi-Cal, no such facilities were created, said Adrienne Shilton, senior policy advocate for the California Alliance of Child and Family Services, the bill’s sponsor.

Then, during the pandemic, the situation got markedly worse.

“We are now in a crisis that you poured a bunch of gasoline on and lit on fire,” said Alex Briscoe, head of California Children’s Trust and former director of Alameda County Health Care Services Agency, who supports the bill.

Skyrocketing psychiatric emergency room visits among children reflect not pathology, he said, but the influence of racism, classism, housing insecurity and “what it’s like to be a kid in this culture.”

He rattles off a reference list of bleak statistics:

California ranked 48th in the nation for children’s access to mental health care, according to a 2020 scorecard released by the Commonwealth Fund.

Suicide is now the second leading cause of death for children 10 and up, according to the CDC.

As need continued to accelerate during the pandemic, low-income children experienced a 34% decline in access to mental health support, according to the Centers for Medicare & Medicaid Services.

“The process is just failing them over and over.”

State officials, mental health advocates and health care providers have been  scrambling to find solutions. The Newsom administration this year promised to prioritize children’s mental health, budgeting an unprecedented $4.4 billion for a range of efforts, including a public awareness campaign and school-based interventions.

Heather Huszti, chief psychologist at Children’s Hospital Orange County, said she has seen a doubling of the number of children admitted to the hospital’s inpatient medical unit for suicide attempts during the past year.

Children’s Hospital Colorado recently declared a “state of emergency” with respect to children’s mental health. In that declaration, Maxwell, of Rady Children’s, sees a portent of the San Diego hospital’s future.

“I’m very concerned that’s the point we’re reaching,” he said. “And we will have no resources to help these kids in need.”

While children with commercial insurance have access to placements that children with Medi-Cal do not, their families say they also often struggle to find appropriate care.

The stepmother of a 16-year-old San Diego boy, who ended up in Rady Children’s Hospital last spring after a suicide attempt, said she and her husband searched and searched for an appropriate outpatient program for their son. They were turned away by some 30 psychologists, she said; many never even called her back.

“I really felt at a loss about how to help my son,” she said.

Eventually they were connected by a psychiatrist to an intensive home-based program that is “really doing wonders,” she said.

She feels for all the other families that are still looking.

“It was the worst experience we’ve ever been through,” she said.

Shilton, of the California Alliance of Child and Family Services, says she regularly hears stories from providers about children being shipped far from their families because there’s no pediatric hospital bed for them locally. Others end up waiting in emergency rooms for days or weeks because no inpatient bed is available.

Kelley Gin, chief of clinical programs at WestCoast Children’s Clinic in Oakland, said the children he serves — many of them in foster care – are often “treated and streeted,” stabilized in the hospital and then discharged with no long-term plan in place.

After these children leave the hospital, Gin said, many end up staying in inappropriate settings, sometimes including a conference room couch, while child welfare staff search for a place to take them in.

“And then everyone is surprised when the crisis reignites and there’s another hospitalization,” Gin said.

Gin says the system is broken at many levels. Intensive outpatient programs that can treat children outside of a residential setting are “widely unavailable” for children with Medi-Cal, he said. But he says the need to reform the entire system must also include expanding access to non-hospital residential care.

“What’s really most outrageous to me at the moment is the status quo,” said his colleague, Jodie Langs, the clinic’s policy director. “The process is just failing them over and over.”

The bill, which passed out of the legislature unanimously, still faces some strong opposition. Opponents say they are frustrated that it is focused on building out the most restrictive part of the mental health system, rather than expanding options for intensive treatment and crisis care that can be offered while children are living at home.

Melinda Bird, an attorney with Disability Rights California, said she is “very concerned about the potential for abuse” in locked facilities without appropriate safeguards.

She worries that creating more institutional placements is “just the wrong direction,” and will encourage counties to default to more restrictive levels of care.

“We’re trying to move our system away from segregated, locked congregate care facilities,” she said. “They know that they don’t help our kids.”

She wants to see short-term crisis stabilization units — where children in crisis can come for up to 24 hours — built in counties that don’t currently have them.

Jennifer Rodriguez, executive director of the San Francisco-based Youth Law Center, which advocates for foster youth and children in the juvenile justice system, echoed these concerns.

“When you talk to young people who have experienced any institutional locked setting, for them those experiences are traumatic,” she said. “We should only be using them when we’ve tried everything else and there is no other option.”

Rodriguez also worries about the possibility of “warehousing” children who have nowhere to go. She points to Alabama, where child advocates filed a federal class action suit this spring, alleging that the state for years had trapped and isolated children in psychiatric residential treatment facilities.

Proponents of the bill say those concerns can be addressed with appropriate guardrails. These could be outlined by the state and could include time limits, facility size restrictions and ongoing oversight.

Earlier this year, an investigation by the San Francisco Chronicle and a nonprofit publication called The Imprint found that California had sent thousands of children in foster care and the juvenile justice system to for-profit out-of-state residential treatment programs where they suffered physical, sexual and emotional abuse. The state has since banned out-of-state placements for these children.

Some advocates for expanding residential treatment options in California say that situation shows that children should be kept closer to home, where the state can better monitor the services they receive.

Everyone agrees that something must be done to address the growing mental health needs of the state’s children.

The mother of a 14-year-old Santa Barbara area boy who was rushed to the emergency room after he tried to take his own life said that, for him, being hospitalized and sedated “was a really super traumatic thing.”

For her, trying to find help afterward was also overwhelming — she barely slept. She wishes there had been a place for him that was more welcoming and supportive.

“It just feels like you’re on your own,” she said.

(Jocelyn Wiener writes about health and mental health for CalMatters, exploring the intersection between government policies and people’s lives. She has worked as a reporter in her native California for close to two decades. Her work has appeared in The Atlantic, The Washington Post, the Christian Science Monitor, Kaiser Health News, the San Francisco Chronicle and many other state and national publications.

After graduating from Stanford University, she received a Fulbright Scholarship to spend a year and a half working with young people living on the streets of El Salvador. She earned a master’s degree at Columbia University’s School of Journalism, and reported on poverty and homelessness for The Sacramento Bee. She has worked as a freelance journalist in Central and South America and India, as well as in California. This story was featured in CalMatters.org.)